The 41-year-old basketball star was killed in a helicopter crash, along with his 13-year-old daughter Gianna, on Sunday 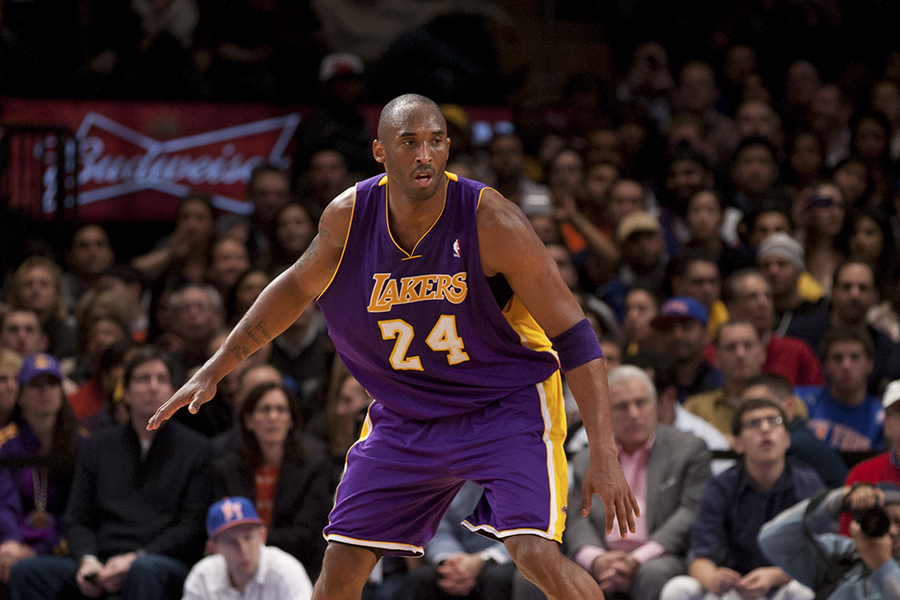 Kobe Bryant of the Los Angeles Lakers during a game against the New York Knicks at Madison Square Garden in New York, Feb. 10, 2012. Bryant, 41, was feared dead in a helicopter crash in Calabasas, Calif. Multiple media organizations were reporting that Bryant was among the passengers traveling onboard the helicopter on Jan. 26, 2020. (Richard Perry/The New York Times)

Kobe Bryant, who made the leap directly from high school to a glittering 20-year career with the Los Angeles Lakers that established him as one of basketball’s all-time greats, was among nine people killed in a helicopter crash on Sunday north of Los Angeles. Bryant was 41.

The crash also killed Gianna Bryant, 13, the second oldest of Kobe Bryant’s four daughters with his wife, Vanessa. They were traveling from the family’s base in Orange County, California, to Thousand Oaks, 30 miles northwest of Los Angeles. A budding star herself, Gianna was scheduled to play an afternoon game with her travel team, coached by her father, at Kobe Bryant’s Mamba Sports Academy.

News of Bryant’s death predictably rocked the NBA, which is filled with players who grew up watching Bryant as he won five championships with the Lakers and scored 81 points in a single game. Fueled by a seemingly endless reservoir of self-confidence, Bryant was a mammoth figure almost from the moment he arrived in the league, at age 17, as the 13th overall pick in the 1996 NBA draft.

The son of former NBA player Joe “Jellybean” Bryant, Kobe Bryant was drafted by the Charlotte Hornets on behalf of the Lakers and did not try to hide his ambition to surpass the accomplishments of the legendary Michael Jordan. Charlotte had agreed going into the draft to trade Bryant’s draft rights to Los Angeles in exchange for veteran center Vlade Divac.

During the next 20 seasons, Bryant earned 18 All-Star selections, a regular-season MVP award in 2008 and two NBA Finals MVP awards to go with his five championship rings. Amid all of that, a sexual assault allegation against him in 2003 would change how many people saw Bryant, though he remained hugely popular among NBA fans and especially Angelenos, for whom he increasingly became synonymous with the Lakers — the only team, despite a trade demand in 2007, that Bryant ever played for.

The trade that made Bryant a Laker was engineered by the team’s general manager at the time, Jerry West, who was instantly smitten by Bryant’s fearlessness and prodigious talent. A standout at Lower Merion High School in Ardmore, Pennsylvania, outside Philadelphia, Bryant had auditioned for the Lakers in a predraft workout featuring a series of one-on-one drills against former Lakers defensive ace Michael Cooper, then a 40-year-old assistant coach.

Only a few high schoolers had gone straight to the NBA at that point — and Bryant would be the first guard to do so. But West left the workout early, declaring that he had seen enough. “He’s better than anybody on our team right now,” West famously told his fellow Lakers staffers of Bryant’s performance.

As West envisioned, Bryant indeed helped restore the Lakers to glory — albeit with no shortage of turmoil along the way. He did so first alongside the Hall of Fame center Shaquille O’Neal for three consecutive drama-filled NBA championships in the 1999-2000, 2000-01 and 2001-02 seasons, then as the team’s unquestioned fulcrum for two more titles in 2008-09 and 2009-10. With a drive to rival Jordan’s and an ability to tune out critics who at times assailed his ball dominance and shot selection, Bryant was the central and most enduring figure in one of the most gripping soap operas in modern professional team sports.

By the time he walked away from the NBA in April 2016, after an unforgettable 60-point farewell game against the Utah Jazz, Bryant had built an unmatched legacy that persuaded the Lakers to retire both jersey numbers he wore over two 10-season stretches: No. 8 and No. 24. In perhaps the ultimate Bryant flourish, that 60-point game on the final day of the 2015-16 regular season — in which he hoisted 50 shots — upstaged the defending champion Golden State Warriors, who had defeated the Memphis Grizzlies on the same night to secure the best single-season record in league history — 73-9.

Bryant is widely expected to be inducted into the Naismith Memorial Basketball Hall of Fame in late August, the first time he is eligible. He led the league in scoring twice and finished his career with 33,643 points in the regular season, which put him at No. 3 among NBA’s scoring leaders, behind only Kareem Abdul-Jabbar (38,387) and Karl Malone (36,928) until the Lakers’ LeBron James passed Bryant on Saturday night in Philadelphia.

Bryant tweeted his congratulations to James on Saturday night, some 15 hours before the crash, writing: “Continuing to move the game forward @KingJames. Much respect my brother.”

As Bryant began his climb up the scoring charts, O’Neal nicknamed the brash teenager Showboat, but the term was not meant to flatter. Veterans on that Lakers team tried in vain to keep Bryant’s rookie ambitions modest — with O’Neal particularly determined to make it clear that he was the team’s true alpha.

But Bryant could not be harnessed. After some notable playoff failures, Bryant broke through as a champion in his fourth season, forming a devastating partnership with O’Neal under the coaching tutelage of Phil Jackson.

“Kobe didn’t care about night life or anything else,” Del Harris, who coached Bryant for his first two NBA seasons and the start of his third, told The New York Times in December 2017. “He only had one interest. His only focus was to be the best that he could be. And in his mind that meant challenging Michael Jordan.

“People can argue,” Harris continued, “how close he actually came, but there’s no question that he fulfilled pretty much all of his dreams.”

Bryant scored 81 points against the Toronto Raptors in January 2006 to register the second-highest scoring output in league history, behind Wilt Chamberlain’s 100-point game in 1962. But Bryant’s reputation was more complicated than all his accolades would suggest.

He was charged with felony sexual assault in 2003 stemming from an incident at a Colorado hotel in which Bryant was accused of raping a 19-year-old woman who worked at the property as a front-desk clerk. Prosecutors eventually dropped the case when the woman told them she was unwilling to testify. Bryant later issued an apology, saying he understood that the woman, unlike himself, did not view their encounter as consensual. A lawsuit the woman brought against Bryant was later settled out of court.

In the closing stages of Bryant’s career, well beyond the days of “Showboat,” Bryant began giving himself nicknames, such as “Black Mamba” and, later, “Vino.” The frequent helicopter rides he took to games at Staples Center in downtown Los Angeles — to avoid traffic and maximize time at home — only added to his mystique.

In addition to making his name as one of the sport’s most relentless competitors, Bryant was known for a special ability to play through injuries.

The only one that managed to stop him was a torn left Achilles tendon late in 2012-13 season. Of course, stubborn as he was, Bryant did not want to accept the on-court diagnosis he received from Gary Vitti, the longtime Lakers athletic trainer.

Given the intense focus that governed Bryant’s playing career, many league observers questioned how he would cope outside the game, without an outlet for his ubercompetitiveness. But Bryant was flourishing in retirement, entering the world of storytelling and winning an Academy Award by transforming a poem to announce his retirement into an animated short film (“Dear Basketball”) that he wrote and narrated.

He had also been drawn back to the NBA by his daughter Gianna’s love for it. On Dec. 29, Bryant sat with her courtside at Staples Center to watch the Lakers play the Dallas Mavericks and take pictures afterward with Luka Doncic, the Mavericks’ young Slovenian star.

Tweets by @forbesindia
Risk of hypertension in Indians and diabetics
Can international marketing alliances in emerging markets be a source of competitive advantage?