The Bengaluru mid-tier IT company makes for an attractive target, with its focus on digital services and faster-than-the-industry growth 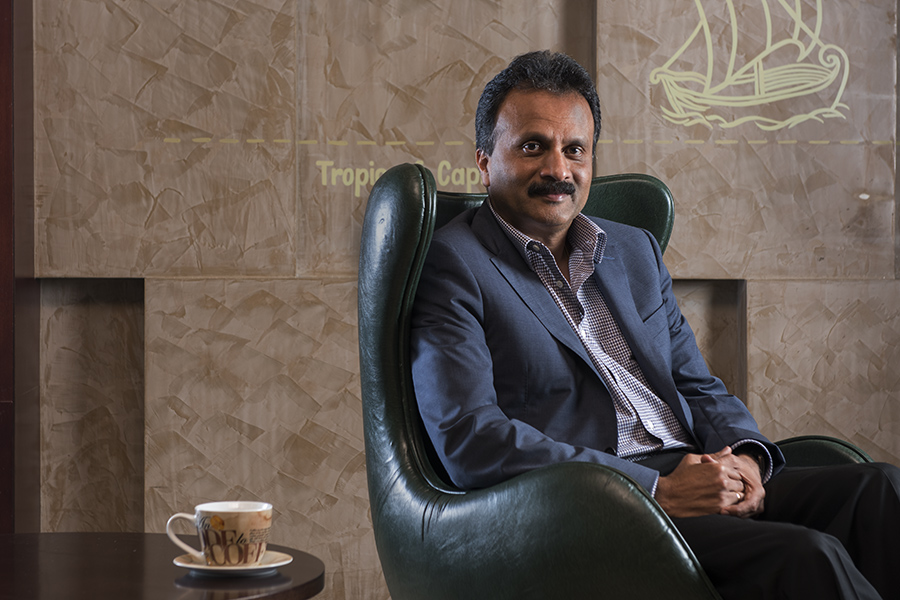 About a fifth of Mindtree Ltd., Bengaluru-based IT services company, is on the block--the owner of the stake, billionaire VG Siddhartha confirmed this to the stock exchanges in a statement on Feb. 7. Mindtree shares were little changed in Mumbai trading.

“The Board at its meeting held today, has given in-principle approval to sell the equity shares held by the company, its subsidiary and the promoter respectively in Mindtree Limited,” said Coffee Day Enterprises Ltd., of which Siddhartha is the founder and chairman, in the statement. Siddhartha, who was an early investor in Mindtree, is well known for the Café Coffee Day chain of cafes he operates.

Siddhartha’s confirmation brings to close nearly a year of speculation about his intentions, after he stepped down from the board of directors of Mindtree in March 2018. Over the last few weeks, newspapers including the Times of India, Economic Times and Mint have reported that potential buyers include the Larsen & Toubro group, US-based private equity company KKR and Baring Private Equity Asia.

At a time when the old outsourcing model of supplying warm bodies in Bengaluru to maintain IT systems of American companies is dying, Mindtree’s strong focus on the next generation of digital services makes it an attractive target. The company has also recently hit the billion-dollar-revenue run rate, crossing the $250 million revenue mark for the three months ended Dec. 31, 2018, and is growing nearly twice as fast as the overall industry.

Mindtree’s founders, four of whom who remain with the company, expect to stay put and carry on with the work of building the IT services company further. They--Krishnakumar Natarajan, Rostow Ravanan, Subroto Bagchi and NS Parthasarathy--collectively own about 13.3 percent of the company.