Financial details of deal unknown. But with this acquisition, Delhi-based etailer looks to solidify its position in the highly competitive consumer-internet space 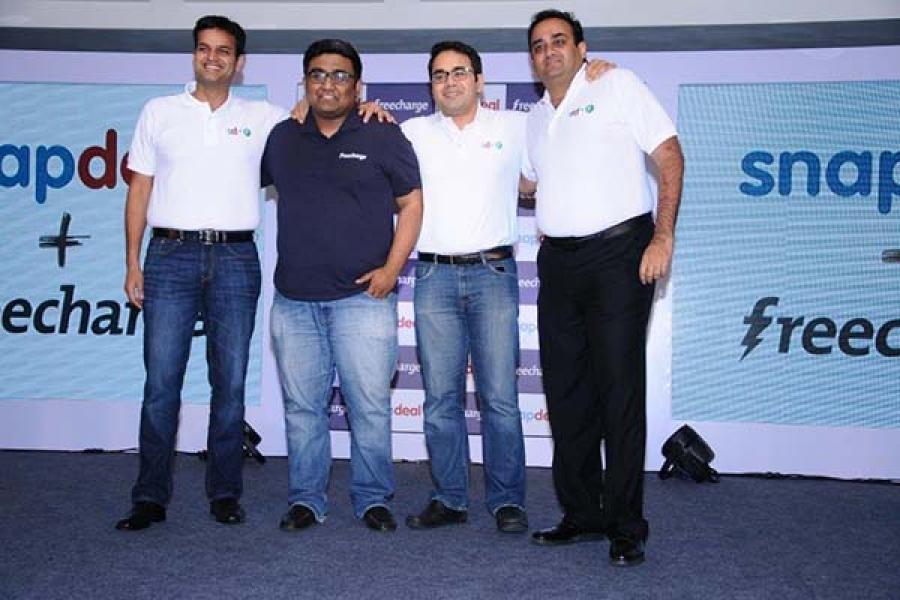 Online marketplace player Snapdeal on Wednesday announced the acquisition of FreeCharge, a mobile recharge platform, for an undisclosed amount that is expected to strengthen Snapdeal’s position in the rapidly growing consumer internet industry in India.

“In the last 12 months, we grew at about 500 percent year-on-year which is incredible because we are not on a small base anymore. With the FreeCharge acquisition, that growth should accelerate even further. We are building an ecosystem that powers billions of digital commerce transactions in the country in the coming years,” said Kunal Bahl, co-founder and CEO, Snapdeal, adding that it is a combination of stock-and-cash deal with a majority of stock.

“FreeCharge’s customer base is largely in the 15-25 age group while Snapdeal's is 25-35. So as these 15-25 year olds get acquainted with buying online mostly through mobile recharges, many of them will start graduating and get older with higher discretionary income. We will ensure that they are able to get a wide selection of products that they will be able to buy. This will accelerate our growth rate even further,” said Bahl.

After the acquisition, FreeCharge will continue to operate as an independent platform and introduce new things in the category they operate in.

“The deal was driven by two companies. It is not an investor-led deal. For both companies, it is a great fit culturally too. I foresee this as an opportunity to accelerate our road map in India and reach out to millions of users across the country,” said Kunal Shah, co-founder and CEO, FreeCharge.

Bangalore-based FreeCharge, which was founded in 2010, by serial entrepreneur Kunal Shah and Sandeep Tandon, head of technology conglomerate Tandon Group, offers discounts and coupons from retailers and restaurants every time a customer uses the platform for a recharge. Using the FreeCharge platform, users can pay their mobile, DTH and utility payments across major operators.

Started in February 2010, Snapdeal is one of India’s first ecommerce players to adopt a marketplace model, which is now the preferred model in the sector, with the likes of Flipkart also trying it, moving away from the inventory-based business it adopted in 2007, when it started.

“A large chunk of the money that we had raised last year is still in the bank. The current deal is largely stock and minority cash. We don’t need any funding right now. We are well funded,” said Rohit Bansal, co-founder and COO, Snapdeal.

For the year 2013-14, Snapdeal posted a loss of Rs 264.6 crore and revenues of Rs 168.1 crore, according to documents with the Registrar of Companies.