3D printing in healthcare: A prescription for the future 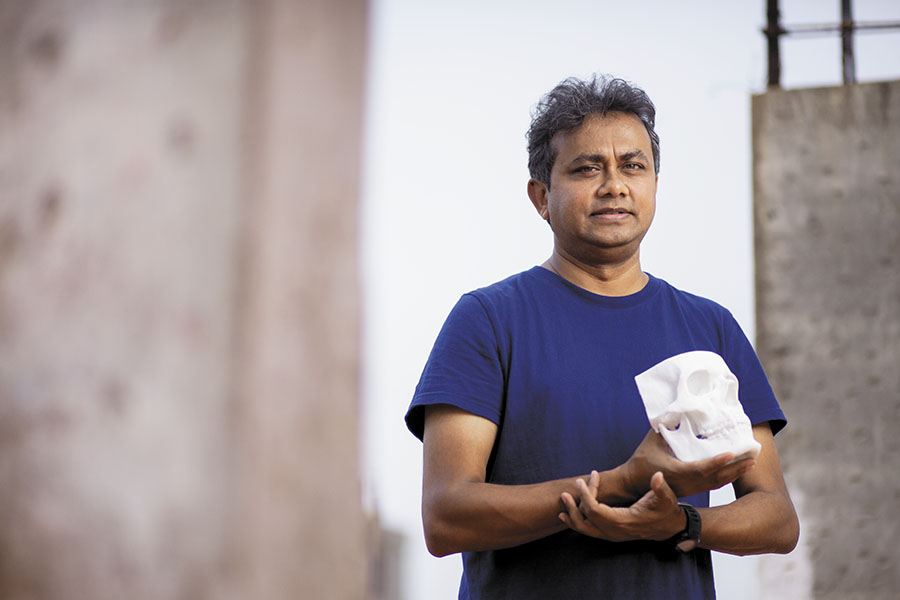 In mid-2015, a five-month-old girl from Chitradurga district in Karnataka was diagnosed with craniosynostosis. Two bones of her skull were fused together, hindering the development of her brain. It’s a condition that affects 1 in 2,000 babies worldwide.

A team of doctors at Sakra World Hospital in Bengaluru took up the case, and in what was India’s first endoscopic “skull expansion” surgery, successfully separated the bones in the deformed skull. Post-operation, doctors employed a helmet, which exerts pressure on indicated parts of the skull, gently manipulating its growth in the desired direction.

“Normally, such helmets are made in the US. They cost about Rs1.5-2 lakh and it takes 2-3 weeks for them to reach you,” says Dr Derick Mendonca, consultant plastic surgeon, who performed the operation. In this case, however, he was able to provide the baby with a helmet in just 3-4 days for a mere Rs20,000.

Bengaluru-based Osteo3d was behind this little miracle. The startup designed and manufactured a customised helmet for the infant, using 3D printing technology. Founded in 2014 by Deepak Raj, 45, Osteo3d—then DF3D—began as a B2C marketplace selling 3D-printed bric-a-brac like jewellery. However, within six months, Raj pivoted to a B2B model, focusing on health care. “We were bleeding and couldn’t sustain ourselves,” says Raj, a former GE employee involved in the software and product development of patient monitoring devices.

Today, Osteo3d designs and fabricates 3D-printed pre-surgery models and guides, specifically for dentistry work, neurosurgeries and maxillofacial surgeries. It has assisted doctors in over 350 cases across India so far.

Raj and his seven-member team have developed a proprietary cloud-based platform that enables registered doctors to upload CT scans and MRI records of patients. Within minutes, it presents them with a three-dimensional image of that part of the patient’s anatomy. The cost of creating a 3D-printed model of that image is mentioned alongside.

The third party software that most 3D printing companies in India use to covert 2D scans into 3D ones
costs around $10,000 a year, says Raj. On the other hand, because of its own proprietory software, Osteo3d is able to do so at affordable rates. Say, for instance, a maxillofacial specialist is performing a tumour-removal surgery on a patient’s jaw. Previously, the doctor would have to rely on the patient’s two-dimensional CT scans to plan his surgery. With Osteo3d’s offering, the doctor is able to quickly generate a 3D image of the patient’s jaw on his computer, place an order to 3D print it and have a life-size model delivered to him within 3-7 days. Osteo3d fabricates the models in-house with its third-party 3D printers and its processes—from design to fabricating, including materials used—are ISO certified.

“With 3D printing, doctors have the physical model of the patient’s deformity in their hands. They can touch it, feel it, and know exactly where the problem is,” says Dr Mendonca. This results in increased accuracy and shorter lead times, thereby reducing anaesthesia administration during surgeries. “Although the benefits are difficult to measure, they clearly outweigh the costs in these use cases,” says Raj, adding that a 3D-printed model of a patient’s jaw area usually costs around Rs2,000-3,000.

Similarly, Osteo3d’s custom-made 3D printed surgical guides enable surgeons to achieve high levels of precision. “Like a glove, a guide will fit exactly over the part of the patient’s body that the doctor needs to cut. It will have some lines etched out, so the doctor knows exactly where to make the incision,” says Prof B Ravi, who works on medical device innovation at the OrthoCAD-BETiC lab, IIT Bombay, along with his team. Guides are generally made of bio-compatible materials and because they require a high level of precision in design, tend to cost anywhere between Rs5,000 and Rs20,000, says Prof Ravi. On a doctor’s suggestion, Osteo3d also fabricated customised 3D-printed cranial flaps for moulds that take on the exact contours of a patient’s defect in the skull. The doctor simply places bone cement in the mould and gets a flap that is exactly suited to the patient, as opposed to figuring out the shape by trial and error in the operation theatre.

While 3D printed metal implants—that go into the patient’s body—are made by heavyweight medical device manufacturers like Stryker and Johnson & Johnson, Osteo3d has not created any such direct implants as yet. Medical grade 3D printers, Raj says, are extremely expensive and regulations also apply. “If we get a case, we will design the implant and get it fabricated abroad from an approved player,” he says. However, according to Prof Ravi, the alternative to a 3D printed metal implant, is a machine implant, which will cost “almost similar” if the size is small. “In such cases, it makes sense to 3D print because you get an exact, customised fit for the patient,” he explains. However, if the implant size is very large, 3D printing becomes prohibitively expensive.

Osteo3d has so far built a network of about 120 doctors across India who rely on the startup’s services. “Landing in clinical practice is the ultimate proof of the pudding, and Osteo3d has been able to achieve that in a short span of time with the 350-plus cases that they have done,” says Dr Taslimarif Saiyed, director and COO, Centre for Cellular and Molecular Platforms (C-CAMP), an initiative of the department of biotechnology, ministry of science and technology. Based in Karnataka, Dr Saiyed’s team has been responsible for disbursing the Rs50 lakh grant that Osteo3d received from the Indian government’s Biotechnology Industry Research Assistance Council (BIRAC) in February 2015.

Recently, the Karnataka government also granted Osteo3d Rs49 lakh under its Idea2POC, or idea-to-proof-of-concept fund, for biotech startups. However, funding from venture capitalists (VC) eludes Osteo3d. “Just because a startup is not VC-funded doesn’t mean it is not good. Sometimes things take time,” says Dr Ramesh Byrapaneni, a cardiologist-turned-VC at Hyderabad-based Endiya Partners.

It will indeed take time. Even though 3D-printing technology is well-established and its use in health care proven, its adoption is not widespread. This is because of a lack of awareness, among doctors and patients. “Not many know that these models and guides are fabricated in India at affordable rates,” says Dr Mendonca. For his part, Raj spends the majority of his work week meeting doctors, helping them understand the benefits of his offerings.

3D printing in health care is clearly a prescription for the future, albeit a distant one. Yet, it’s a future that Raj remains committed to.