In an exclusive chat with Storyboard 18, Deepak Gullapalli, Founder and CEO, Head Digital Works, talks about the change in messaging, growing marketing spends, getting Shah Rukh Khan as a brand ambassador and perception change around real money games 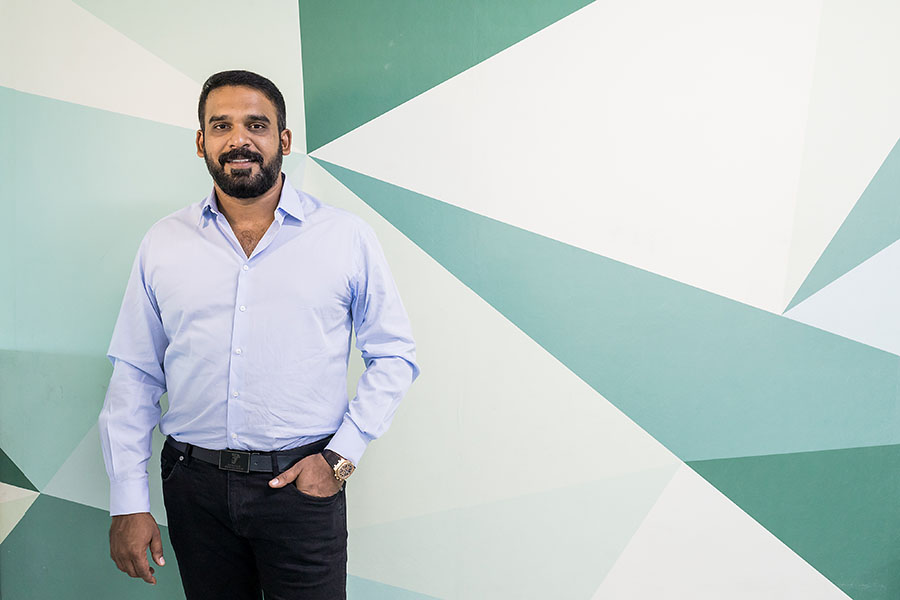 It’s been a busy year for Head Digital Works. Known for its marquee real money game property, Ace2three, the company has not only touched a customer base of 40+ million registered players but also brought Shah Rukh Khan on board to be the face of the brand. Overall, the business is working on building a strong brand recall and establishing itself as a safe and credible platform.

Founder Deepak Gullapalli says a lot has changed since they started operations. The biggest change is in perception around real money gaming.

“Back in 2011, if I had to go out and say that I operate online rummy, the first question that would come would be ‘is it legal, is it good'? But that is no longer how it is,” he tells Storyboard18.

Q. You have been around for quite some time now. Tell us about the journey and the major changes the industry has seen.
When we launched in 2009-2010, there weren't any smartphones. So it was only a desktop. People used to browse the internet to play games. Between 2009 to about 2014, 100 percent of our customers were playing on their desktops. But when the smartphone revolution happened during 2014-2015, we saw a super-fast shift from desktop to mobile phones in about 18 months. We had about 90 percent of our customers move to mobile devices. This transition also helped the industry grow because users started playing games while on the move. Irrespective of whether they were there on a bus, in a cab or on a train, they were playing. Staying home was no longer the prerequisite for playing games. This also pushed the time users spent playing. On a day-to-day average, time spent per customer increased by over 3X. This is also when we saw a shift in geographies. Our users were initially from Tier I cities, but with smartphones, the user base started spreading. We saw users from different economic profiles who came from what we today call the Bharat Market.Also read: MPL: Forging a league of its own

Q. With the change in the user profile, your messaging must have changed too. What are the changes you have done to your marketing strategies with the diversification of your audience?
With users moving from desktop to mobile, we changed our marketing strategies completely. The biggest change was in the ad formats. Pre-2015, at least 95 percent of our ad spends went towards text ads which are your typical Google search ads. Today, we don’t spend more than 20 percent of our marketing budgets on text ads. Our focus is on video ads.

Coming to the change in messaging, what we tell our customers now is completely different from what we were telling earlier. Earlier, we used to ask users to play online rummy because online rummy was new. But that was the message 7-8 years back. Today it's more of a feature-driven marketing strategy. We are telling our customers about our commitment towards quality and also focusing on the trust factor because that is the most important aspect of a business like ours.

At the end of the day, users are doing financial transactions. Therefore it is important to focus on safety, especially since hundreds of gaming websites are being advertised, including ones from outside India that operate illegally in the country. So it's important to make sure consumers are protected and they are playing on legitimate apps and sites. This is the essence of our messaging today. It is very important to focus on safety, security, and trust. And these factors are part of almost all our campaigns.

Even if we look at the recent SRK campaign, we used him to spread awareness and not just popularise our brand.

We endeavour to constantly educate the user about the space and help them understand that they need to look at it as a form of entertainment only.

Q. The last two years saw platforms like yours clock huge user base numbers, did your marketing spends also go up?
In the last two-three years, our annual marketing spends have doubled. The industry is growing rapidly, and as a company, we are growing at an average of about 35-40 percent CAGR. Doubling marketing spends reduces profitability, but it is important to focus on marketing. Mainly because of the number of companies that have come up in the space in the last five years. Additionally, digital marketing itself has become very expensive, unlike what it was five years ago. Digital takes up 60 percent of our spends.Also read: Gaming influencers: No child's play

Q. Getting SRK on board was a huge move. How did it help the platform? Did you see a huge spike in traffic after the campaign went live?
We can say the traffic we got on the platform in recent times is because of the campaign. Because the spends on this campaign with him were significantly higher than the other campaigns we did. Then again with SRK, our target was never clocking traffic numbers. Our competitors had celebrity endorsers for a long time, but we waited it out and got SRK to help us build a brand recall and that happened like never before. During the responsible gaming campaign featuring SRK, we observed an overall lift of 636 percent on YouTube about A23 keywords. A23 cares, which was our symbol of Responsible Gaming, saw a 170 percent increase in interest on Google Trends during the first 3 days of the campaign. Average registrations on our platforms are growing 0.5X month-on-month, and we have witnessed a 30 percent increase in conversions ever since we signed SRK (the first two months after the announcement of getting SRK as our brand ambassador). However, there were other factors too that contributed to the growth.

Q. A lot is being said about regulations. Do you think self-regulation is enough for the space? Also, do you think there should be a central law governing the space even if it’s a state subject?
We do have a lot of federations comprising the leading place, in place for self-regulation. But self-regulation works only to a certain extent, and it's not enforceable by law. So if some company wants to do whatever they want to and doesn't want to be part of the federation, we can't enforce it on them by law. The industry has become so large and the number of consumers playing on these websites and apps has grown so much that government intervention and a guiding regulation is an absolute necessity primarily to protect the Indian consumers and ensure fair conduct. Regulations will also help in getting rid of illegal gambling companies taking away money from the consumer and the country without paying a single rupee in taxes. So, whether it happens at the state level or a central level, as an industry, we would welcome anything. Having said that, a central regulation will help in terms of having to follow one set of rules. If every state starts having their own rules, it will be a little challenging for both businesses and users.

Q. There is so much being done to spread awareness and promote real money gaming as a game of skill. Has the perception actually changed?
Perception change is not an overnight thing. It's a long-term process. The process, according to me, started in 2014-15 and is still on.

In 2011 if I had to go out and say that I operate online rummy the first question that would come would be 'is it legal?' But that is no longer how it is. It is a multi-billion-dollar industry with investments coming from across the globe. It is looked at as another booming industry and so the perception has been changing and will continue to change for good.

In the next five to ten years, there will be a complete change in how people perceive real money gaming.

Tweets by @forbesindia
It will take India a long time to match up to China in manufacturing: Revathi Advaithi, CEO, Flex
Umakant Soni at ARTPARK on AI innovation and the dream of a trillion-dollar tech company from India