Gaming influencers are building audiences with engaging content, but could do with more social and commercial acceptance 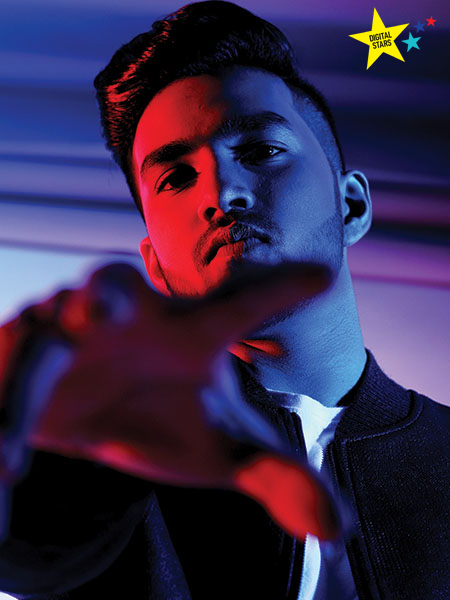 Ujjwal Chaurasia liked gaming even as a five-year-old, when he would play Snakes and Bounce on his older brother’s Nokia phone. His passion grew over the years, and soon he was watching YouTube videos to get better at it, although his family wasn’t too happy with his obsession. As a 13-year-old, Chaurasia would play Tekken3, an arcade game, and found a way to download it on his brother’s phone, so that he didn’t have to go to the arcade every time.

“I made a tutorial video for this. I thought many people would want to know how to download this game too,” he says. It was his first video on YouTube, back in 2016, and it got around 150 views. Today, known as Techno Gamerz or Ujjwal Gamer, Chaurasia gets millions of views on each video and has about 27.5 million subscribers on his YouTube channel.

While in school, Chaurasia would spend his days studying, and once his brother returned from work, he would play games on his phone from 9 pm till midnight. “My brother found the first video I made on Tekken3, saw that it had decent views and encouraged me to take it up professionally,” recalls Chaurasia. However, finding good software was a struggle; something as basic as a screen recording application wasn’t easy to find. “I would use another phone to record the games I was playing on my phone,” he laughs. The industry and software have evolved immensely since then.
A Sequoia India and BCG report says that India’s gaming industry is smaller than that of the US and China, and is 1 percent of the global gaming market. But it is generating $1.5 billion in revenue and is expected to triple to over $5 billion by 2025, on the back of the ‘mobile first’ phenomenon.
Globally, there are gamers who play e-sports and gamers who create content. Roland Landers, CEO of All India Gaming Federation, explains, “Those who create content around all kinds of games—casual, card and fantasy games—are earning money through ads and sponsorships.” Among content creation, there are some who live stream content, some who create videos and others who do both. An EY FICCI report says the number of online gamers in India grew to around 390 million in 2021, with daily players of 90-100 million; online gamers are expected to reach over 450 million by 2023.

Why is gaming so popular?

Earlier, gaming was a single-player experience and hyper casual games were fun to play, not watch. “Before 2019, these games ruled the charts, but it is different now. Three of the top five games are mobile arcade games like BGMI and these have completely changed gaming. They have the right mix of skill and strategy, and are therefore fun to watch,” says Ashwin Suresh, founder of Loco, a game streaming platform. Content creators are making the most of this by creating engaging and relatable videos. 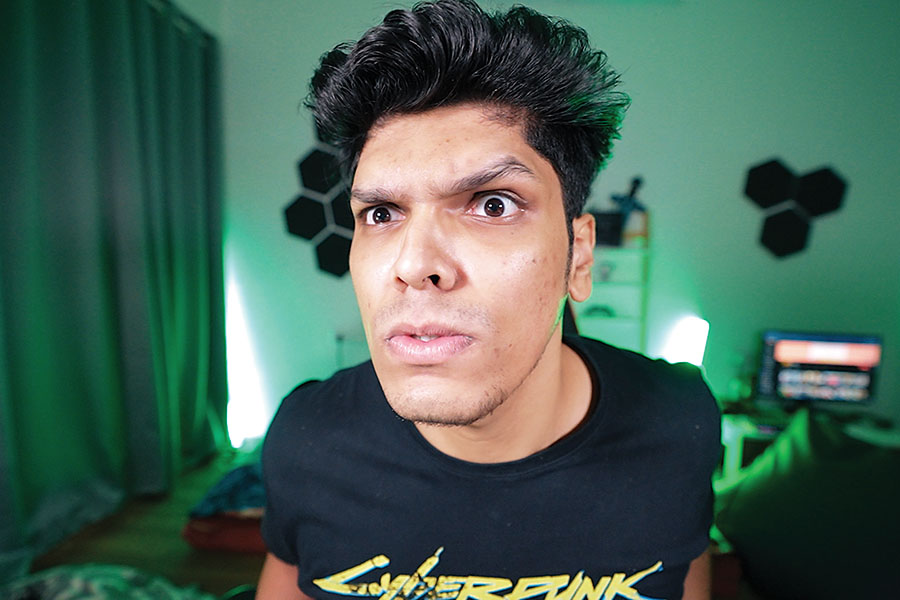 Fascinated by games, Mithilesh Patankar combines his love for entertainment and gaming
“Gaming is a content hack,” says Mithilesh Patankar, who started his career with mimicry in college. He knew he wanted to be in the entertainment space, so he uploaded a few mimicry videos, only to realise it wasn’t sustainable. That’s when Patankar, who was always fascinated by games, decided to use it to get into the content creation space. “One of my first videos that went viral was me mimicking superstar Shah Rukh Khan, while playing PubG. So many people fell for this prank. That’s when I decided to combine my love for entertainment and gaming,” he says.
Read more: Meet the seven-year-old Indian gaming influencer, VivOne
He experiments constantly, adding characters to games like GTA, thereby creating a niche for himself. “If you look at the entertainment industry, to make a movie you need a huge budget, but in this case, I can download a game, create a video for it and add characters and a story line,” he adds. This has worked well for Patankar, known as Mythpat, and he has close to 12.1 million subscribers on his YouTube channel.
Creators are on a quest for consistent delivery and connecting with diverse audiences. Ankur Singh, CEO and founder, Witzeal Technologies, says, “With digital marketing rising across industries, the gaming sector is also waking up to the value of content creators. They have been able to curate highly engaging content that audiences can relate to it.”
Chaurasia, who uploads close to five videos per week, says, “I spend an hour every day, going through analytics of my last video and researching what to upload. Based on what my audience wants and what I feel like creating, I decide on the subject of my next video.” He makes videos of games like GTA, Gang Beasts, Minecraft and Valorant. 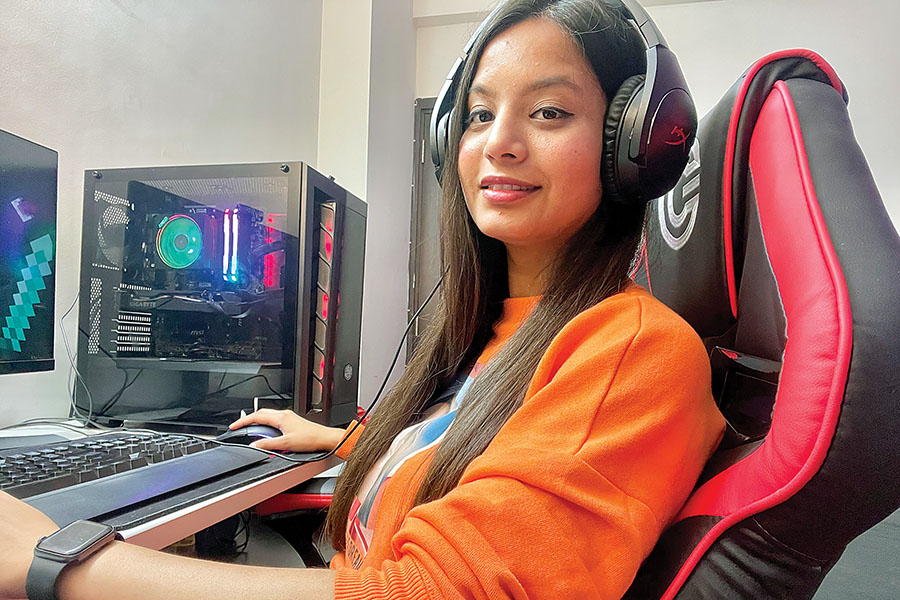 Mansi Gupta is yet to complete 100 videos, but already has 674,000 subscribers on YouTube.
Mansi Gupta, 22, known in the gaming world as Magsplay, prefers to have diverse content on her channel. She started her gaming journey while working at OpraahFx, a gaming influencer marketing agency, where she got a glimpse of the ‘behind the scenes’. Her decision to become a professional gamer was difficult to digest for her chartered accountant parents. “I started playing PUBG as a stressbuster, and would play for seven to eight hours and really enjoy it. I told my parents to let me create 100 videos, and if I couldn’t make a living, I would quit,” she recalls.
Read more: Fantasy sports industry in India is booming: Key numbers
In 2020, she uploaded her first video. She is yet to complete 100 videos, but already has 674,000 subscribers on YouTube. “When most people in India think of gamers, it’s always a male gamer. Though this is changing, it will take some time for people to think of both men and women as gamers,” Gupta says.

Making money as a gamer

For gaming content creators, the two major revenue streams are YouTube AdSense and brand tie-ups (with gaming and non-gaming companies), while live streamers can also earn via YouTube Super Chats.
“Considering that online gaming has a diverse user base, appealing content increases the affinity towards gaming. Creators play games, review them, share their experiences, and even create a narrative around themes, thereby urging others to engage,” says Singh of Witzeal Technologies that works with creators to target potential users. Chaurasia and Gupta hope to expand into streaming, but not Patankar. “Videos have more reach compared to live streams. Secondly, you can plan content a lot better and you have time to edit the video. With streams, you only have those few hours to entertain people,” says Patankar.

Loco also works closely with creators, helps them get access to larger audiences and provides them with financial support. “Budding steamers can stream via our Loco Studio app, which has a tab for new streamers, making discovery much easier. New streamers find support through Loco’s training programmes and masterclasses from experienced players,” says Anirudh Pandita, founder, Loco.
Analysts believe the growth of gaming influencers has also led to the industry growing as a whole. “Their intention is also to build a community and ecosystem, where other talents like videographers, photographers, content writers and special effects professionals collaborate and work with them. Hence, the content creators are also creating jobs and contributing to the overall economy of the country,” says Landers. An Invest India report says the Indian gaming industry has the potential to capture 5 percent of the global market in animation, visual effects, gaming and comics (AVGC) sector by 2025, coupled with 25 to 30 percent annual growth, and over 1. 6 lakh new jobs annually.
Read more: Dissecting India's gaming pie
However, things are all not hunky-dory for gamers. “Lately, gaming brands aren’t spending too much on campaigns due to government restrictions. Earlier we would see brand deals from non-gaming and gaming brands, but now it’s mostly non-gaming brands,” says Gupta. Additionally, most people in India don’t yet see gaming as a serious profession. Most gamers also face technical issues. For instance, Chaurasia says, “You need PCs with good processors and graphic cards. All these end up being too expensive.”
Patankar adds that gamers are underrated in India: “I never wanted be a part of the ‘gamers’ cluster, because gamers are super underrated in India. If you look at some of the other top YouTubers, their audience is very different from ours, which also affects the kind of brand collaborations we get. I always worked on being a part of the larger circle.” It is because of this strategy that he believes he got to work with brands such as Netflix and Spotify, something not all conventional gamers have had the chance to.

Like for most other segments, Web3 seems to be the latest fad in the gaming world too. Loco is the first to have launched its very own NFT platform for esports superfans called ‘Legends’, which will soon be open for users to become traders of digital assets, treating them as investments. Both Chaurasia and Gupta are looking forward to it. Gupta plays a game called Sandbox, which often involves NFT. “Sandbox is planning to come to India soon, so I’m keeping a close watch on that space,” she says. Similarly, Chaurasia, who always wanted to become a developer, says, “Someday I will have my own game—probably in the NFT space.” But for now, like all other content creators, these gamers have their eyes on hitting big milestones on their YouTube channels.

Tweets by @forbesindia
Not all fun and games: Day(s) in the life of digital content creators
Now podcast series are riding the K-drama trend