The 'glocal' rush in India cinema

Why crossing over is every filmmaker's biggest aspiration 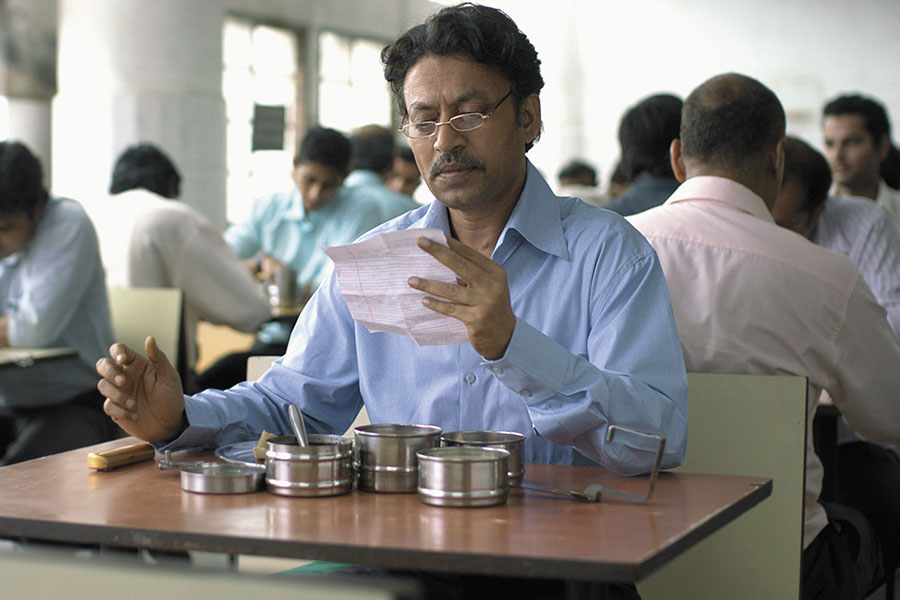 Indian cinema has been overwhelmingly defined by the fact that India is a big domestic market for its own films. As a result, many Indian film stories, particularly those of independent cinema, tend to be rooted and not easily transplantable without losing crucial local context. In fact, with globalisation, the “crossover” dream, of crossing over to the West, is also shifting to ‘crossing over’ within India, to other states outside the linguistic region of the film, with huge potential, considering India’s largely movie-mad, 1.2 billion population.

By contrast, the cinema of a small island like Hong Kong finds it difficult to sustain solely on its limited domestic market, so it has inherently pursued stories with global appeal. For instance, Hong Kong star Jackie Chan has long made films set in America, with broad storylines, and action-comedies like Rush Hour, which could be set anywhere. In contrast, a lot of foreigners in the East and the West feel cheated if they see an Indian film without songs and dances, as the Bollywood template, conflated to be an Indian one, seems set like tar in their minds. 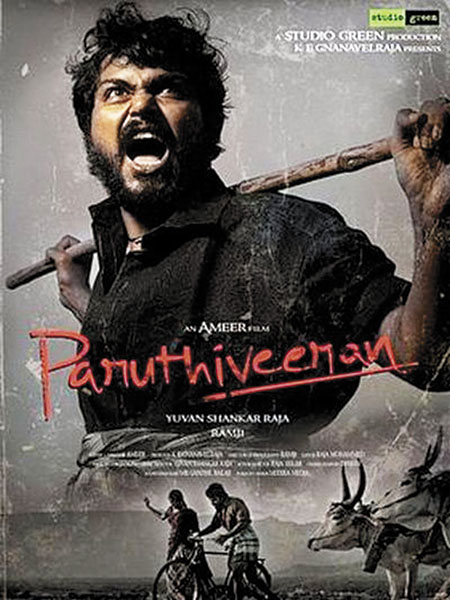 Paruthiveeran (Tamil) was set in Madurai and screened at film festivals worldwide
Globalisation and international film festivals are changing Indian stories and how they are told. I’ve observed two distinct kinds of Indian stories at film festivals. One includes stories in films like Ritesh Batra’s The Lunchbox, that was smoothed at script and co-production labs, is an international co-production with five nations, and found a global audience in a landmark 50 territories. The other kind comprises original stories with local storytelling narrative traditions; they haven’t been to any script or co-production lab, and are fully Indian-funded. They often have precious rough textures—and smell of the earth. Yet, they are regularly selected at film festivals, and while they may have decent domestic box office, a global theatrical audience is a distant dream. Jayaraj Nair’s Ottaal (Malayalam, which won the Crystal Bear at the Berlin Film Festival), Nagraj Manjule’s Sairat (Wild, Marathi; also at Berlin), Kaushik Ganguly’s Shabdo (Sound, Bengali; Dubai), Ameer Sultan’s Paruthiveeran (Tamil; Berlin) and Vetrimaaran’s Visaaranai (The Interrogation, Tamil; Venice, and also India’s entry for the Oscars this year) are examples of these. 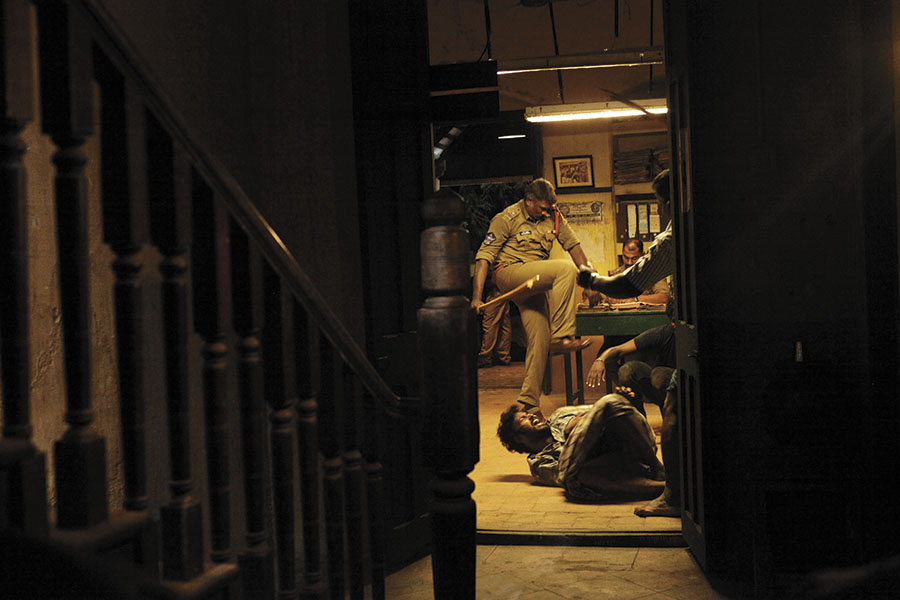 Visaaranai (Tamil) is India’s entry for the Oscars

Despite globalisation, both kinds of stories are valuable and must co-exist. I was reflecting on this recently, when I was Script Mentor on the Asia Pacific Screen Lab, in Brisbane, Australia, along with Malaysian filmmaker U-Wei Bin HajiSaari. Our “mentees” (I just discovered this word) were Iraqi director Mohanad Hayal, with his script Haifa Street, and Jakeb Anhvu, Australian director of Vietnamese origin, with his documentary script A Hundred Years of Happiness. Hayal has directed five films, and is currently a freelance war videographer, documenting battles between the Iraqi Army and ISIS. His story was about how an Iraqi family and its friends destroy each other, as a consequence of what the US did in Iraq and in Abu Ghraib. The story is enriched by Hayal’s complex relationship with the US, where he attended many filmmaking workshops. On the walls of Hayal’s new Baghdad home are cool, hand-painted visuals of Uma Thurman from the poster of Pulp Fiction and Al Pacino in Scarface. I could see them, as the sessions were over Skype, with U-Wei Bin HajiSaari and myself in Brisbane, Hayal in Baghdad, and his Arabic-English translator in Estonia! 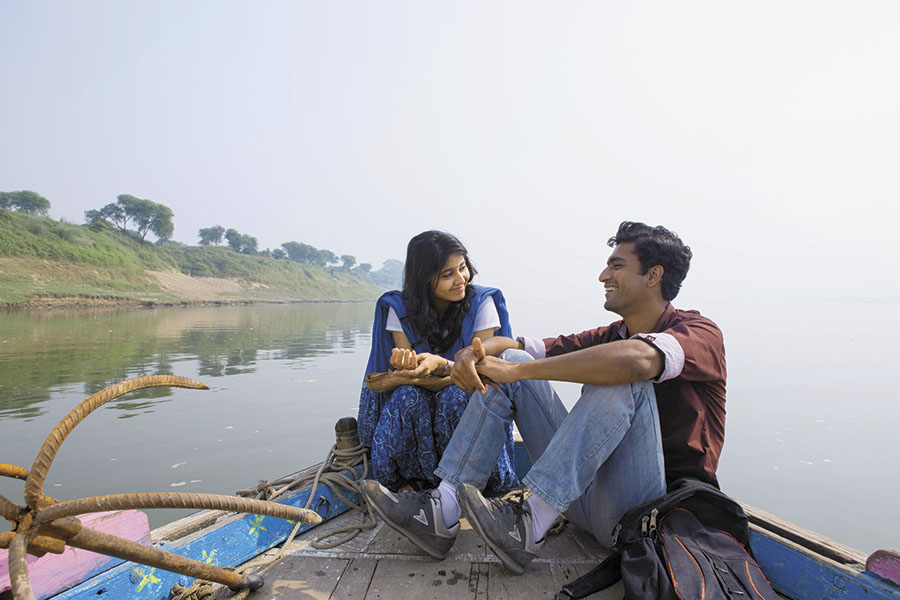 Masaan, set in Varanasi, won rave reviews across the board

Haifa Street is a sensitive story set in Baghdad, and it also explores the impact of sex and violence on women’s bodies in times of conflict. I was particularly interested as I’ve hardly seen any films by Iraqi directors, though I’ve seen outstanding films by Kurdish directors like Hiner Saleem and Shahram Alidi (Kurdistan being formed from Iraq, Iran, Turkey and more). Haifa Street was both universal and local. I was immediately invested in the story because I could relate it to Naxalite issues in India, the conflict between the state, militias like the Salwa Judum and Naxalites, and ordinary people caught in the crossfire, as well as the consequent impact of sex and violence on women’s bodies. But the particular impact of the torture by Americans in the Abu Ghraib prison in Baghdad, and how they shaped Iraqi attitudes towards the Americans, would, of course, be unique. Still, I am keenly waiting to see what film will emerge from this Iraq-Malaysia-India-Estonia-Australia river of people and cultures. 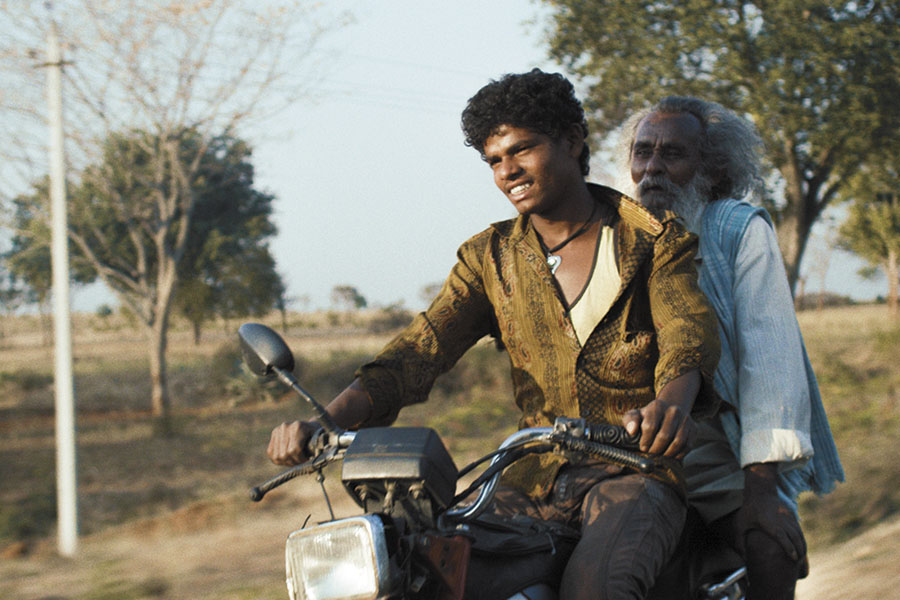 Thithi (Kannada) is rooted in Mysuru, yet appreciated globally

I have also been Script Mentor at South Asian script labs for filmmakers from India, Pakistan, Sri Lanka, Bangladesh, Nepal and Myanmar, whose storytelling traditions are closer home. With increasing globalisation and international co-productions, it takes tremendous dexterity to use foreign funds, and still remain true to yourself; to be very rooted, yet with a universal resonance. An older generation of directors like Adoor Gopalakrishnan and Mrinal Sen were able to pull this off, and it is very heartening that younger generation directors are able to continue this; perhaps it is more natural to them today. Neeraj Ghaywan’s Masaan (Fly Away Solo, Hindi; Cannes film festival) and Raam Reddy’s Thithi (Kannada, funeral ceremony; Locarno film festival) are just two examples of many. Masaan is a particular triumph, being rooted in small-town India, in Varanasi, and co-produced by multiple Indian and French companies, including Drishyam, Phantom, Sikhya, Pathe, Arte and Macassar. It addresses small-town ambitions, caste issues and patriarchy, but from an insider’s voice, without getting sidetracked by the French obsession with “reincarnation” or exotica like Ganga maha aartis. To pull off indie films like Masaan and Thithi, that too in the Indian market, where even Hollywood has barely 10 percent of the market, and the others, like the French, have minuscule sales, is nothing short of a miracle.

Tweets by @forbesindia
Seasons in the sun: A peek into the photo albums of India's billionaires
Total recall: R Balki reminisces about his three glorious decades in advertising