That other story in Berlin 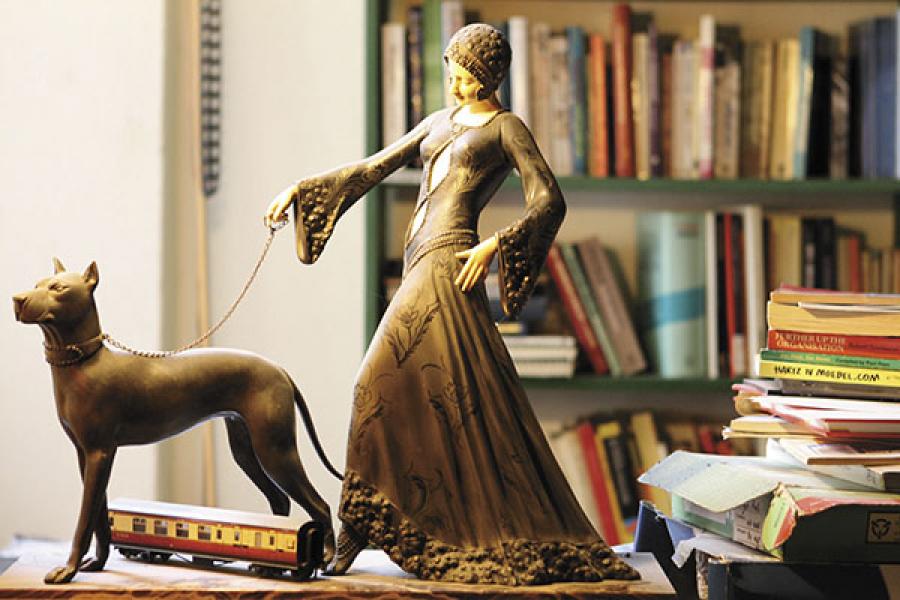 Image: Vaishali Dinakaran
Artefacts and curios tucked away in every nook

Picture a book in your hands. It could be new and immaculate, with a hardcover and dust jacket, or a weather-worn, dog-eared old paperback. You spend a few seconds taking in the details on the cover. You glance at the spine, flip it over and take a quick look at the synopsis on the back. You finally turn it over again and just before you open the cover for the first time, in those brief seconds before you head through that little space-time portal, you experience a feeling that’s so hard to describe. It’s a mixture of anticipation combined with an impending sense of adventure as you’re about to embark on a journey that will take you into a whole other world. After all, a book cover is merely a door with unimaginable wonders on the other side.

It’s this strange sense of excitement that I had one sunny April afternoon in 2014 when I turned off the busy Zossener Strasse onto the quieter Riemannstrasse in Berlin’s Kreuzberg district. There, tucked away between two sandstone walls, was a short flight of stairs leading up to an unassuming red door, behind which, I’d been told, lay a treasure trove of books in a place that, while neither bright nor beautiful, was certainly weird and wonderful. I was about to enter Another Country, a Berlin bookstore that was really so much more. 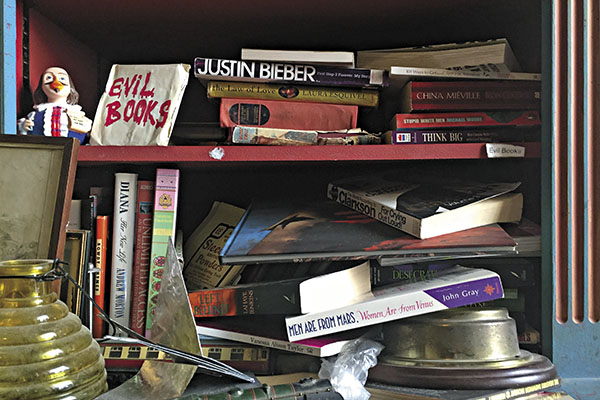 Image: Vaishali Dinakaran
The shelves labelled ‘Evil Books’ are the only place where Another Country’s all-accepting nature gives way to some judgement

A little over a year and a half after that first trip to the shop, that’s even made it to Lonely Planet’s 2011 list of 10 best bookstores in the world (it was ranked sixth), I was still puzzling over the hold the place had on me. I remember thinking about it in the bookstore’s dimly-lit basement, which houses its Fantasy and Science Fiction section and also hosts its Friday Night Dinners. It was an October evening and given that Halloween was just around the corner, the level of strangeness in the place had understandably stepped up a notch or two. One young lady appeared to have been transformed into a cat of some sort. A gentleman with a painted eye-patch sauntered past, a half-empty bottle of beer dangling from his hand. Another lady in a pointy hat pushed her way through the crowd, heading for a second helping of home-cooked pork tenderloin and apple.

Surrounded by the laughter, music and plenty of shouting from people trying to be heard over the din, I was beginning to think that maybe I was the only one so strangely infatuated by the bookstore. And then I overheard the conversation that two bearded gentlemen to my right were having. It put everything into perspective. 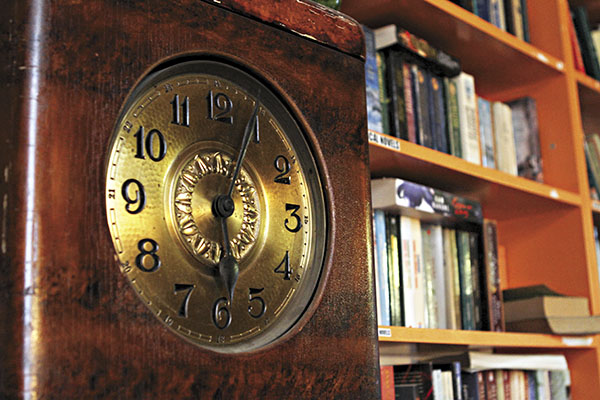 Image: Vaishali Dinakaran
The clock that ticks away in the background at many a dinner

Said Beard One to Beard Two: “I hear you’ve made a short film about the bookstore.”

Said Beard Two to Beard One: “Yeah man. There’s something about this place. It’s like there’s something going on here and you feel like you want to be a part of it, but you just don’t know how…”

Beard Two (I later found out his name was David Gordon, an Irishman who owns Curious Fox, another English language bookstore in Berlin) had perfectly summed up Another Country in one quick sentence. So how did this box of mysteries that is Another Country come into being? 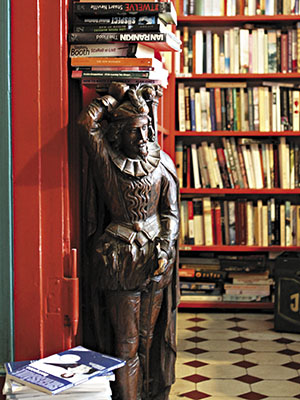 Image: Vaishali Dinakaran
At Another Country, there are books everywhere—even atop wooden figurines!