5 Industrial Disasters and their Costs

BP's last quarter results of 2013 show the cost of the 2010 Gulf of Mexico oil spill to be $42.7 billion. Industrial disasters are known to have higher costs, in money, human deaths and environmental effects 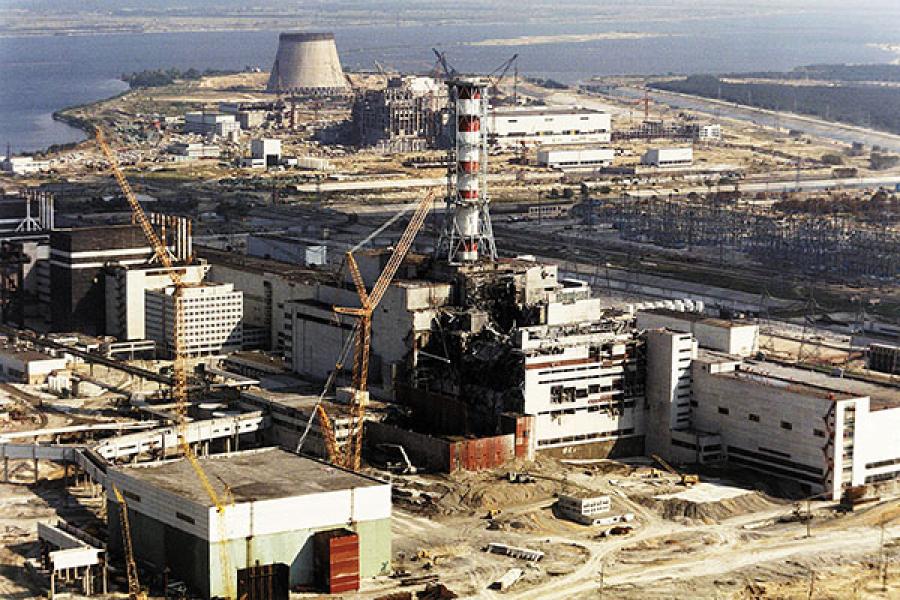 Image: Getty Images
The effects of the Chernobyl nuclear disaster are expected to remain for the next 100 years

Chernobyl Nuclear Disaster
Where: Ukraine
When: April 26, 1986
What: It was first a level 7 (the highest) nuclear disaster. A plume of highly radioactive fallout spread over large parts of western Soviet Union and Europe. About 60 percent of the fallout landed in Belarus.

Damage: Between 1986 and 2000, more than 350,000 people were evacuated from Belarus, Russia and Ukraine. Soviet Union claimed the accident killed 31 people. Continuing analysis come up with numbers that vary enormously; they estimate 4,000 deaths. This does not include about 50,000 people living with cancer, of whom 25,000 are expected to die. Flora and fauna in the area was heavily affected, with animals and trees either dying or not reproducing. The effects are expected to remain for the next 100 years, with declining intensity.

Cost: The Soviet government almost went bankrupt,spending 18 billion roubles (worth $18 billion at that time) in containment and decontamination; for Belarus, the total over 30 years is estimated at $235 billion; 5-7 percent of Ukraine’s government spend is related to the accident.

Dhaka Building Collapse
Where: Bangladesh
When: April 24, 2013
Damage: 1,126 people are believed to have died, while 2,000 more were injured in what was the worst garment factory accident ever. The eight-storeyed building housed factories of high street brands, such as Benetton. Primark, Bom Marche and Mango, shops and a bank.

Compensation: Although families have received short-term compensations from the Bangladesh government and Primark, a final compensation remains elusive. After talks between clothing brands and pressure groups in Geneva last September proved futile, four global retailers have set up a $40 million compensation fund, which is open to contributions from international donors.

Deepwater Horizon Oil spill
Where: Gulf of Mexico
When: April 20, 2010
What: Methane gas from the oil well rose into the drilling riser and ignited, engulfing the rig platform.

Damage: 11 workers were killed in an explosion and fire. The oil spill is the largest in the history of the petroleum industry, with an estimated 4.9 million barrels of oil gushing into the gulf waters over 87 days, after the oil rig sank. It continues to cause extensive damage to wildlife habitats,
fishing and tourism.

Baia Mare Cyanide Spill
Where: Romania
When: January 30, 2000
What: About 100,000 cubic metres of water (containing 100 tonnes of cyanide) spilled onto farmlands and Somes river after a dam containing the water burst. Aurul, a gold mining company, was planning to use the water for gold cyanidation.

Damage: The spill from Baia Mare flowed into the Danube and Tisza rivers, contaminating drinking water of 2.4 million Hungarians, and killing 80 percent of aquatic life in the Serbian section of Tisza.

Compensation: The clean-up was estimated to cost $170 million. The company, now Transgold, paid compensation to inhabitants of only Baia Mare; nothing for those in other affected regions.

Bhopal Gas Leak
Where: Madhya Pradesh
When: December 2-3, 1984
What: Methyl isocyanate gas and other chemicals leaked out from a pesticide plant of Union Carbide India Limited, spreading through the shanty towns surrounding the factory.

Damage: The government says 5,295 people died, although the Indian Council of Medical Research puts the figure at 25,000. Hundreds of thousands suffered disabling injuries.