America Back in Shape

American companies have shown remarkable resilience in the post-stimulus world 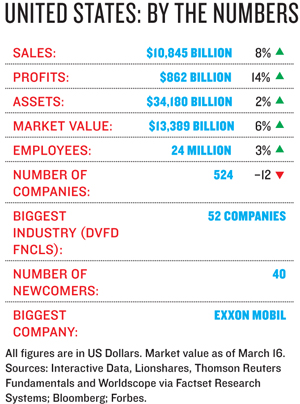 The US economy took a step back in 2011, with GDP up only 1.7 percent after growing 3 percent in 2010. Corporate profits were up only 8 percent compared with 32 percent the previous year. Big American firms on The Global 2000 have done slightly better, thanks to their hefty exposure to economies abroad, with sales up 8 percent in 2011. The massive Fed stimulus propped up the US economy to the point where at least payroll growth is back and housing recovering. US markets have responded to the cues: Four of the five most valuable companies on the 2000 are American, with Apple on top with a market cap of $546 billion. The US is also home to the biggest company overall on our list, Exxon Mobil, which is also the most profitable company. 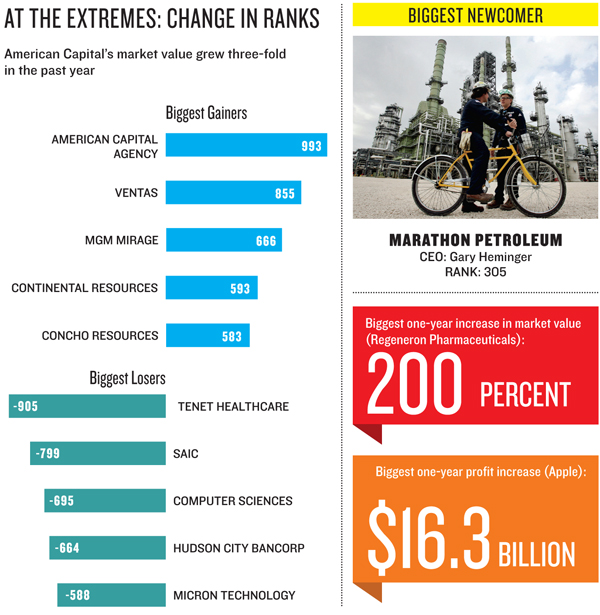 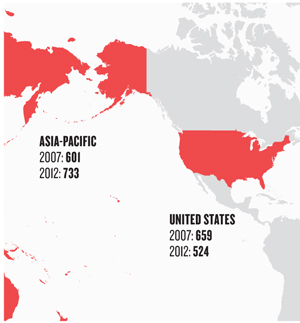 Asia Rising: US Losing Its Grip
The US still accounts for a quarter of the companies on our list but continues to lose ground, with 12 firms falling off the list. Asia-Pacific picked up the slack again by adding 32 list members. Since 2007 the Asia-Pacific region’s ranks grew by 132 firms, despite Japan losing 33 members. Meanwhile, the US is down 135. The biggest drop came in 2008, when it lost 61 firms.