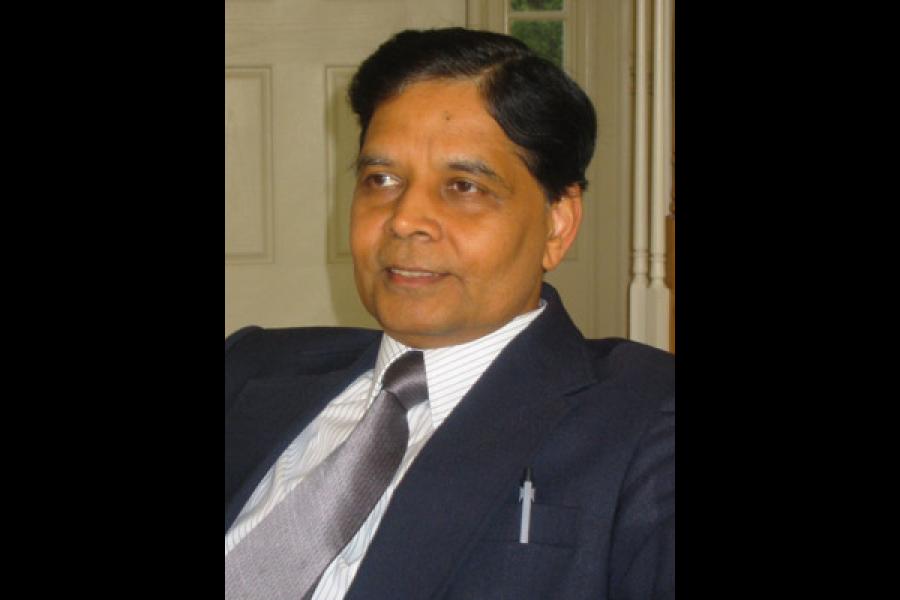 A few weeks back I attended a talk by Prof Arvind Panagariya of Columbia University, hosted by Gaja Capital. And I loved it. After a really long time I heard someone in India talk about the role of markets in reducing poverty. Our colleges are filled with socialist teachings on the subject and we seem to trap our students in a time warp. So it was so refreshing to hear Prof Panagariya. He talked about the need to grow the pie in order to redistribute wealth ... if we only have poverty then there is not much wealth to redistribute. He added that the reduction of poverty is more important than the reduction of inequality.

A few days before that I had met a consultant who had recently majored in Economics from one of the leading colleges in India. When she was still in college she had attended a course taught by a think-tank that I am associated with, Centre for Civil Society (CCS). CCS, was set up by Parth Shah 16 years back to open the minds of young Indians ... to teach them about public policy ... to give them an opportunity to connect classroom theory with practical work ... to highlight the importance of making decisions based on data. And this young lady said that she enjoyed the iPolicy sessions of CCS because they discussed a very different type of economics from what she was taught in college and the theory was validated by experiential testing. I recalled my college days in Mumbai.  I was taught that the father of economics was Adam Smith and that John Maynard Keynes was God. That was it - no mention at all about economic theory after Paul Samuelson.  I then went to the University of Chicago and was exposed to a branch of economics that I had never heard about in Mumbai. I was introduced to names like Milton Friedman and was taught by Nobel Prize winners like George Stigler and Gene Fama. Thirty years later the situation is the same in our colleges, with a small tweaking ... maybe one part of one paper over 4 years would talk about 'fresh water' economics. The developments in Economics over the past 30 years seem to be irrelevant in India.

I recently participated in a discussion on philanthropy with Rohini Nilekani and she talked about how we should use markets as a force of good in philanthropy, especially since a lot of recent wealth was created by entrepreneurs like Azim Premji and the team at Infosys, thanks to the role of markets.

Unfortunately after 60 years of independence we are still brainwashing our students that socialist policies will get our country out of poverty. So I asked Prof Panagariya how can we get more Indians aware about the role of markets in economic development and the reduction of poverty. He said that the problem lay with the faculty in our colleges. Those who are market-inclined either don't get teaching positions because their ideology clashes with that of the rest of the faculty or they decide to take up corporate jobs. As a result, we have the same antiquated knowledge being taught over generations in our classrooms by so-called development economists who fail to realise that the world has changed around us. I have still to see the curriculum of a top college in India devote sufficient attention to new concepts like the Chicago School of Economics, the Public Choice School of Thought and Behavioural Economics. And this gets compounded when the faculty invariably comes from former students of the same college. This inbreeding has to stop so that students get exposed to new concepts.

I am not arguing that one theory is better than the other - all I am saying is that students need to be exposed to different schools of thought. And students should be encouraged to debate these theories and get hands-on training in economic policy. At Chicago Booth the faculty consists of people like Gene Fama and Richard Thaler who are on opposite sides of the efficient markets hypothesis. We need to see such intellectual tolerance in our campuses in India. About a year back I spoke about the role of markets to a bunch of post-graduate students at Manipal University. I felt like a slave in Roman times being fed to the lions. We argued a lot and most of the students felt that I was a total idiot to talk about crazy concepts like the importance of incentives and competition. I ended by saying that I wasn't there to brainwash them that markets represented the Holy Grail, but to expose them to other ideas and let them debate these ideas amongst themselves. Their professor, Sundar Sarukkai, subsequently told me that there was fierce debate on my talk after I left. Mission accomplished.

I remember attending a 2-day seminar in Delhi a couple of years back where faculty of Delhi University, JNU and the University of Chicago got together to discuss the future of the study of humanities. One particular session stood out - a presentation by a professor from Delhi on research being currently done in Indian universities. Nothing in her presentation was backed by data and we instead discussed frivolous issues. It was a fascinating couple of days which highlighted the lack of academic rigour amongst some of the leading faculty in Delhi and the total disdain to look at what the data says. Which is why Bhagwati and Panagariya's recent book, 'India's Tryst With Destiny', is great - they use data to debunk common myths about India's journey over the past two decades. For example, after markets took over from the state in 1991 poverty has declined even for scheduled castes and tribes, growth has gone up, jobs have been created and health and education has improved ... this is, of course, only if you want to look at the data. Panagariya is also a supporter of education vouchers and cash transfers.

I asked my former Chairman, Dr. Vijay Kelkar, why data is largely ignored in public decision making and he paraphrased the sorry state of affairs with this lovely quote of leaders in public policy - "Don't confuse me with the facts." Dr Kelkar also reminded me of the famous quote of Prof Raj Krishna, of the Delhi School of Economics - "India's policy makers are knowledge proof." So is the media.

So those of you who were brought up on a heavy diet of Keynesian economics (like I was) and want to take a walk on the wild side, sign up for “Are Markets Moral?” (Jan 4-5 in Delhi; www.ccs.in/msu2014/index.php) or the Asia Liberty Forum (Jan 7-9 in Delhi; www.acenetwork.asia/alf2014).

9,443
Thank you for your comment, we value your opinion and the time you took to write to us!

Tweets by @forbes_india
Prev
What Is Your Dream?
Next
How Trust Deficit Has Invaded Our Lives