India is the latest battleground for grocery retail wars

Amid the battle of the offline, the online, and the online-offline players in India and the millions of local kirana stories, the war in India's grocery sector is afoot and will witness unprecedented movement in 2021 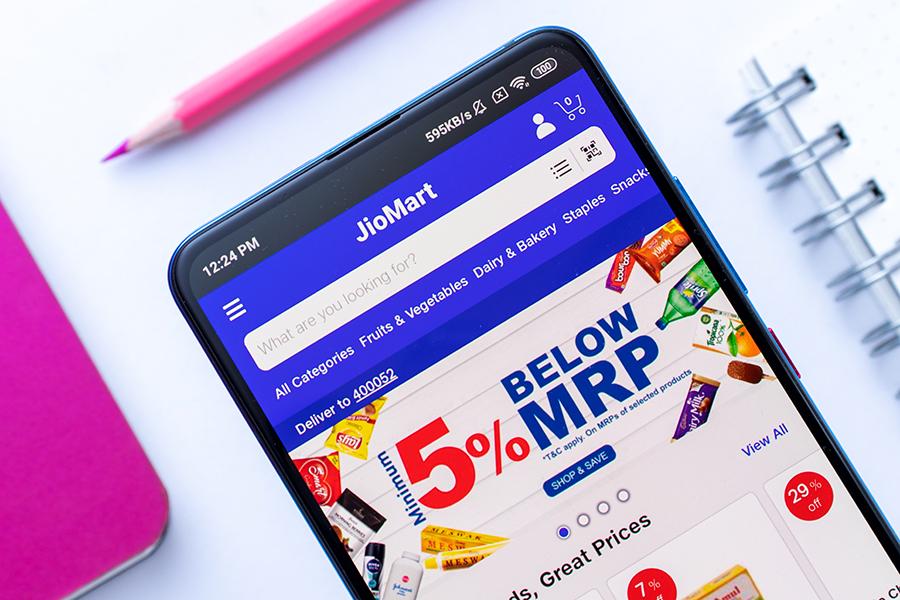 Grocery retail is coming of age in India. Multinational companies (MNCs), well-funded start-ups, large and reputed business houses and the neighbourhood stores all are scrambling to be on the weekly purchase lists of 1.4 billion consumers.

In an increasingly unipolar world that is blurring the lines between online and offline, where new and hybrid models seem to be the order of the day, the market worth more than $450 billion is too lucrative an opportunity to ignore.

Reliance Retail, India’s biggest brick-and-mortar retailer, has JioMart outlets across 200 cities, a network of 800 supermarkets and a burgeoning network of kirana stores to facilitate fulfilment. Reliance has raised an eye-popping $26 billion to expand Reliance Retail and JioMart. JioMart’s payment and customer order-tracking are both expected to be enabled through its Facebook-WhatsApp tie-up.

Amazon’s footprint consists of 600-plus store network of More Retail (acquired from Aditya Birla Group) and 60 warehouses amounting to more than 32 million cubic feet of storage capacity that is supporting more than 6.5 lakh sellers. In 2019, Amazon also made an indirect stake purchase in Future Retail, owner of BigBazaar and 1,300 supermarkets, which seems to have run into rough waters with Reliance buying Future Group’s retail, wholesale, and logistics business. Further, Jeff Bezos has committed to invest $6.5 billion.

Walmart acquired India’s largest e-tailer Flipkart in its biggest-ever deal at $16 billion in 2018 and has invested over $1 billion in 2020 while upping its investments in payments service PhonePe—a venture of Flipkart. Flipkart has also bought a 7.8 percent stake in Aditya Birla’s Pantaloons stores.

Tata group, on the other hand, is eyeing acquisition of Alibaba-backed online grocery giant BigBasket—valued at $1.6 billion. This is besides India’s second-largest supermarket chain by revenue—DMart—which is taking baby steps with its e-commerce business.

Kirana and the Jio EdgeIndia’s retail landscape is besotted with over 60 million small businesses across thousands of cities, towns, and villages. These are run by families, pay low wages and virtually zero rent, and offer a wide range of items. This unique Indian retail model is the lethal competitive differentiator that operates with enviable economics, offering both scale and unparalleled super fast delivery.

Jio under Mukesh Ambani has everything going for it. Understanding of the Indian market, low-cost procurement, the largest network of brick-and-mortar stores, favourable government policies and an emerging large online play—to challenge and fight it out with global majors such as Amazon and Flipkart.

Enabling Jio’s vision is the backing of an enviable line-up of partners that includes big tech majors such as Google, Facebook, Whatsapp, Intel, and Qualcomm and the 30 million kirana shops.

The big rush!The larger India retail market, as per Boston Consulting Group and the Retailers’ Association India is projected to reach $1.3 trillion by 2025, growing from $700 billion last year. Ecommerce, for all its glamour, accounts for just 3 percent of the total retail market as per estimates. Morgan Stanley estimates India e-commerce sales at $200 billion by 2026 from $42 billion in 2020. India remains the sole large consumer market battleground to establish supremacy for the world majors.

It is anyone’s game right now. Estimates suggest that JioMart and Reliance Retail’s online-offline combination controls $12 billion of India’s retail market while Amazon and Flipkart, their with pure online play, sit at about $14 billion each. As per the Bank of America Global Research study, JioMart's ecommerce market share is projected to register a 10 times increase from 1 percent now to 10 percent in 2025.

India’s diverse and rural-first geography will dictate the winner that will probably straddle both online and offline play. It is here that the policy restrictions on foreign companies owning grocery stores may put a dent in Amazon and Walmart plans. The China example of Alibaba and Tencent perhaps serves as a live casebook for the Indian government to promote sovereign behemoths.

Grocery rules the roost. At two-thirds of India’s retail market size, with the maximum frequency of consumer touchpoints, and with organised players accounting for a meagre 3-4 percent of the market, grocery retail is going to witness an unprecedented battle in 2021.

Tweets by @forbesindia
Prev
Future of retail: Turning disruptions into sustainable competitive advantage
Next
Why experimentation is critical for long-term success