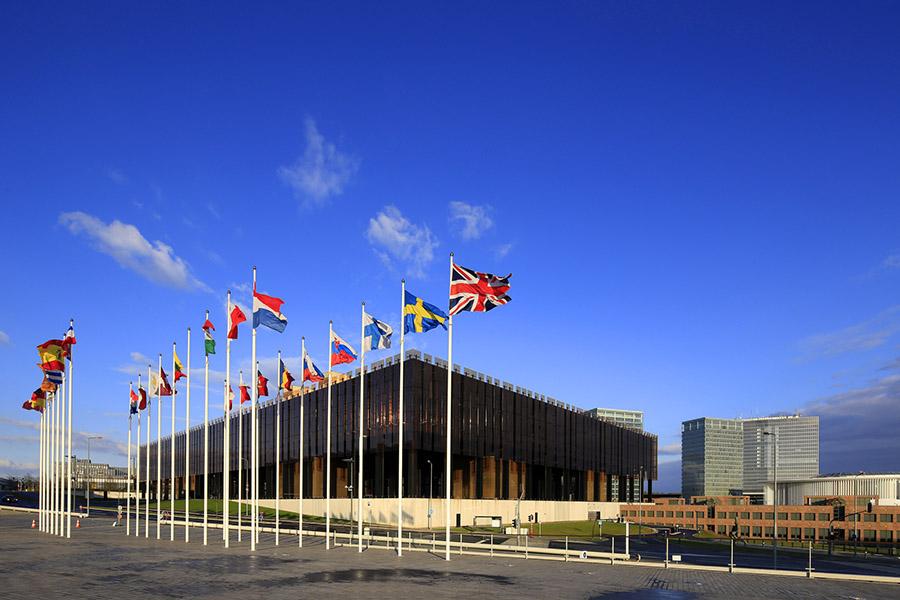 Court of Justice of the European Union (CJEU), the highest court in the 28-member state-union (Image: Hans-Peter Merten/Getty Images)

European Union (EU) competition regulators were jolted recently by the unlikely outcome in the keenly watched Intel appeal against the record fine it had imposed on the company way back in 2009 for its abusive practices. The Court of Justice of the European Union (CJEU), the highest court in the 28-member state-union, in a landmark decision has set aside the order and remanded the case back to the General Court (lower court) for fresh consideration of Intel’s arguments. The simmering tension between the European Union regulators and the US tech giants like Intel, Qualcomm, Apple, Google has led to the tech companies complaining against the sweeping regulatory crackdown in Europe. They can finally find some solace from this verdict.

The resentment in the EU against certain practices of tech companies has led to many recent penal decisions by the regulators. Tech companies have complained that they have been targeted unfairly. Intel has been entangled in a long winding feud with the EU over its trade practices (loyalty rebates). The record fine of 1.06 billion euros imposed on it by the EU regulators has led to legal challenges by the chipmaker.

Competition encourages companies to offer consumers goods and services at reduced (market-regulated) prices and increases efficiency. Like competition law in other jurisdictions, European competition law also promotes the maintenance of competition within the EU by regulating anti-competitive conduct by companies. European competition law is codified in a series of Regulations and Directives as well as certain articles of the Treaty on the Functioning of the European Union (TFEU). Article 102 of the Treaty prohibits companies that hold a dominant position on a given market to abuse that position. Such conduct may be directly or indirectly imposing unfair purchase or selling prices or other unfair trading conditions or limiting production, markets or technical development to the prejudice of consumers or even applying dissimilar conditions to equivalent transactions with other trading parties, thereby placing them at a competitive disadvantage.

The case was initiated by a complaint from Intel’s competitor AMD and concerned the market for computer processors x86 CPUs. Intel had granted rebates to certain OEMs, namely Dell, Lenovo, HP and NEC, which were conditioned on them buying all or nearly all of their x86 CPUs from Intel. It also made payments to OEMs so that they would delay, cancel or restrict the marketing of certain products equipped with AMD CPUs.

The Commission after a detailed investigation came to the conclusion that Intel’s practices were illegal and fined the company. Intel appealed to the General Court challenging the findings and alleging that the fine was excessive. But the General Court of the European Union in Intel v Commission (June 12, 2014) dismissed the case.

An appeal was then preferred by Intel against the dismissal before the CJEU, the highest court in the EU and is tasked with interpreting EU law and ensuring its equal application across all the member states.

The Luxembourg-based top Court has now observed that the relevant provisions of the Act does not prevent an undertaking from acquiring, on its own merits, the dominant position on a market nor seek to ensure that competitors less efficient than the undertaking with the dominant position should remain on the market (vide Post Danmark judgment (2012)). Also, not every exclusionary effect is necessarily detrimental to competition. In fact, merit-based competition may even lead to the departure of smaller rivals - that are less efficient and hence, less attractive to consumers - from the market. But it cautioned that such a dominant undertaking has a special responsibility not to allow its behaviour impair genuine, undistorted competition on the internal market.

The top court held that a dominant undertaking which ties purchasers by an obligation or promise on their part to obtain all or most of their requirements exclusively from that undertaking does abuse its dominant position. The dominant undertaking also abuses its position when, without tying the purchasers by a formal obligation, applies - either under the terms of agreements concluded with these purchasers or unilaterally - a system of loyalty rebates whatever may be the quantity (vide Hoffmann-La Roche v Commission judgment (1979)). But it further clarified that the offending company must be allowed to show that such conduct was not capable of restricting competition. Thus, the commission was also required to assess the possible existence of a strategy aiming to exclude competitors from the market that are at least as efficient as the dominant undertaking.

The analysis of the capacity to foreclose has now been declared to be relevant in assessing whether the system of rebates which fell within the scope of the prohibition could be objectively justified. Whether the exclusionary effect arising from such a system which is disadvantageous for competition, may be counterbalanced or outweighed by the advantages in terms of efficiency which also benefit the consumer, has to be determined before penalising the company.

Intel successfully argued that in order to find an abuse of a dominant position, an examination of certain circumstances like the level of the rebates in question, their duration, the market shares concerned, the needs of customers and the capability of the rebates to foreclose an as efficient competitor (as efficient competitor test known as ‘AEC test’) should have been looked into.

Though in the present case the commission had held that though the rebates at issue were by their very nature capable of restricting competition, yet it rightly went further and analysed the circumstances and carried out a detailed analysis of the AEC test. Only thereafter did it conclude that an as efficient competitor would have had to offer prices which not be viable, the rebate scheme was capable of having foreclosure effects on such a competitor.

But the General Court did not care to consider the test and thus a vital error crept into the order under appeal. The top court observed that the General Court should have examined all of Intel’s arguments concerning the test but it refused to do so. The General Court’s failure to properly examine the issue of whether the rebates actually stifled competition resulted in the judgment being set aside. The case has now been sent back for reconsideration.

This case can have huge ramifications in continuing as well as future cases involving tech companies for practices which may fall on the thin line between competitive and anti-competitive practices. This case doesn't only answer the criteria for determining the question whether rebates are anti-competitive by nature or not, but will also guide the EU commission in handling future investigations and proceedings. Analysing the top court’s rationale, it can be assumed that certain safeguards have now been put in place before the companies are penalised for alleged abusive business behaviour.

8,338
Thank you for your comment, we value your opinion and the time you took to write to us!

Tweets by @forbesindia
Prev
How smart glasses are transforming backend processes in manufacturing
Next
The Blockchain of Things: Why it is a major game changer for Internet of Things