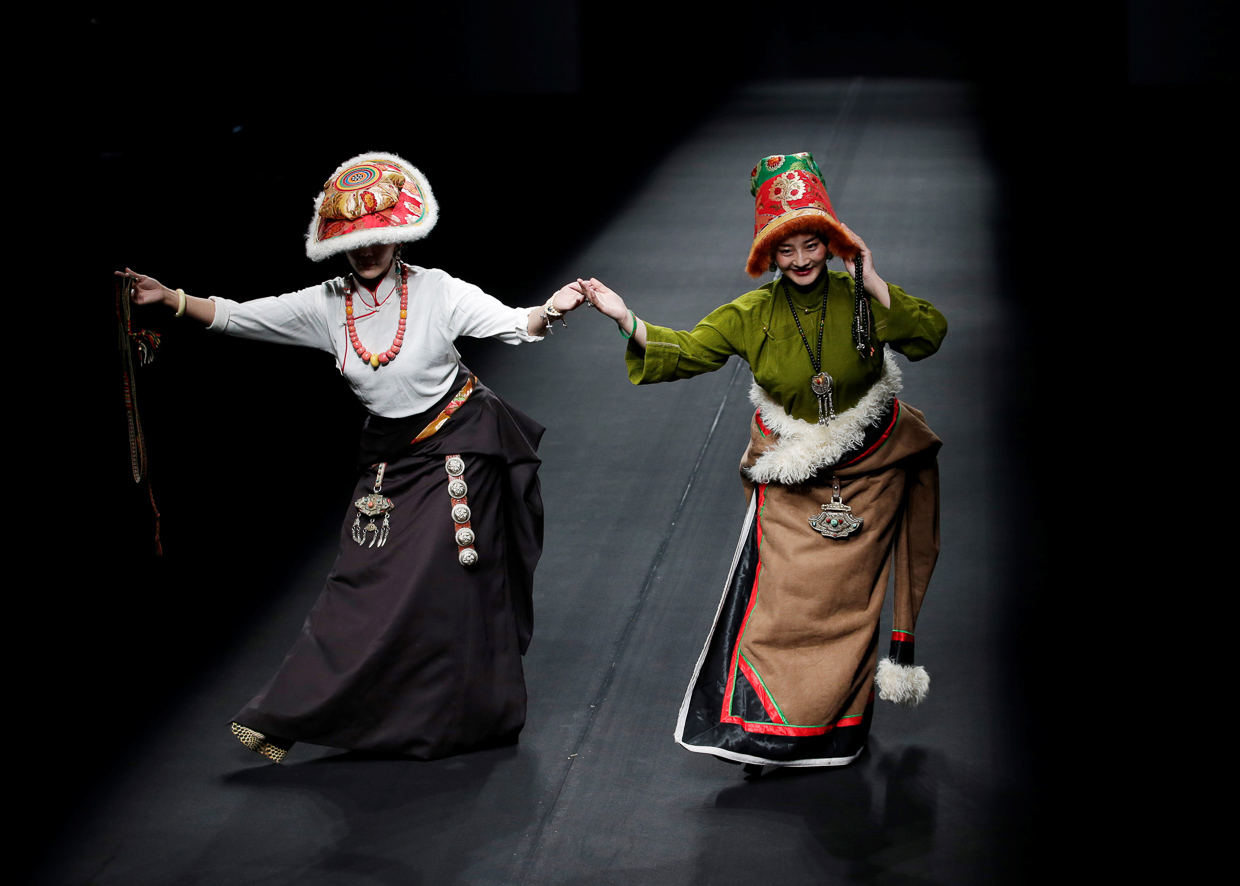 10/14
Tibet
In 2017, Aj Namo became the first Tibetan fashion designer to show at China Fashion Week in Beijing. But when the organisers offered her China’s well-known models, she declined. Instead, she selected young Tibetans from her hometown of Kangba, a small grassland township in western Sichuan, near Tibet. Seeing herself as an ambassador for Tibetan culture in Beijing, Namo wants to change pervasive Chinese perceptions of Tibetans and their culture as “backward”, a result of state propaganda.