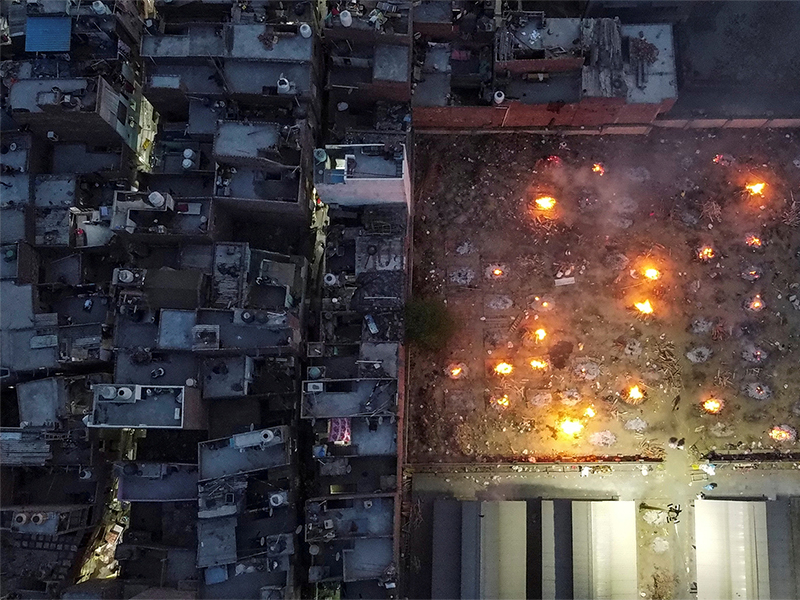 The grounds are prepared for a mass cremation of Covid-19 victims in New Delhi, India, on April 28, 2021. Picture taken with a drone.

Danish Siddiqui was the chief photojournalist of Reuters. Siddiqui had previously worked as a correspondent for the Hindustan Times and TV Today Network. In 2018, he received the Pulitzer Prize for Feature Photography, as part of a team of photographers, for documenting the Rohingya refugee crisis. On July 16, 2021, he was killed while covering a clash between the Afghan security forces and the Taliban forces in Spin Boldak, near the Pakistan border.