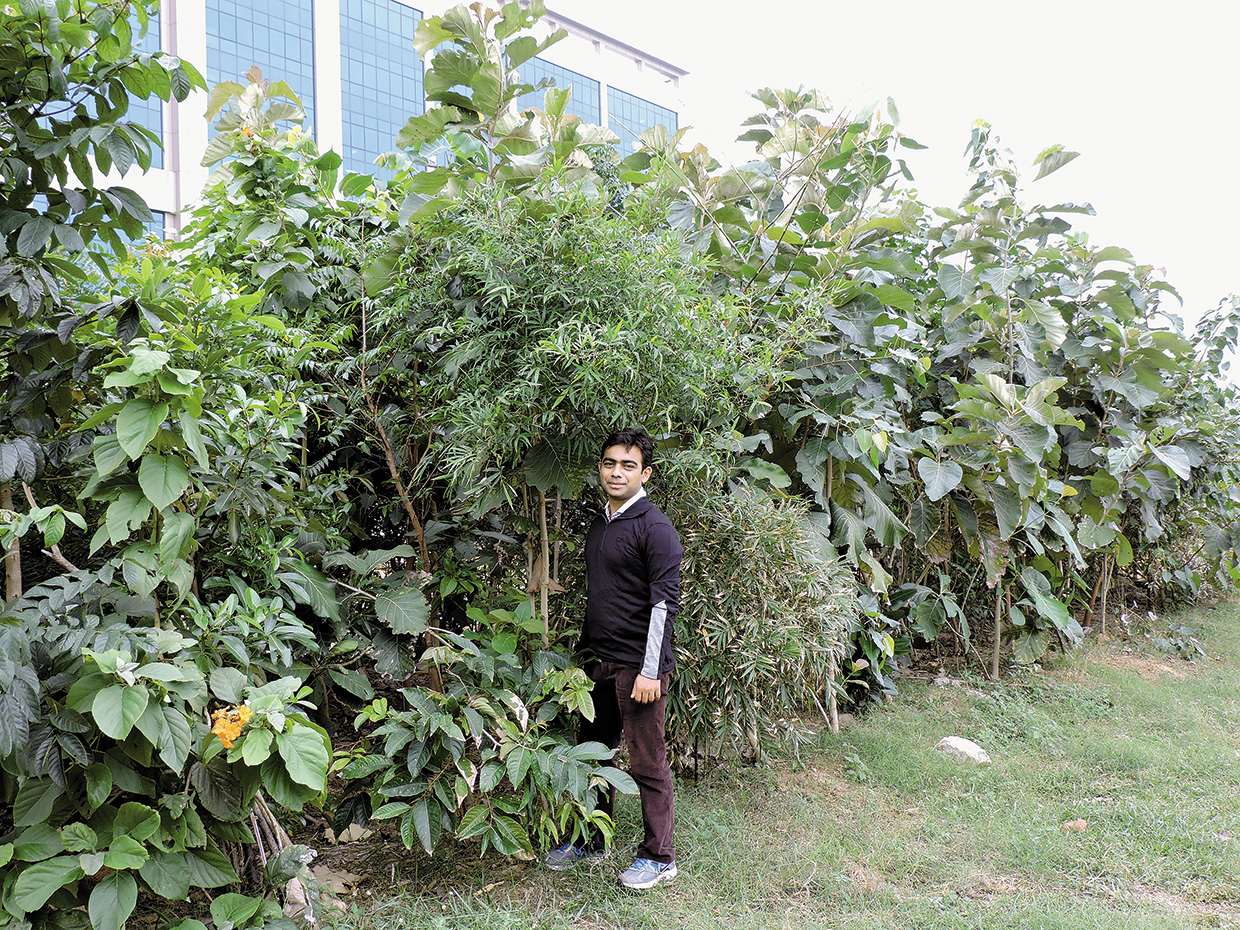 Shubhendu Sharma, 34
An industrial engineer by qualification, the founder and director of Afforestt was inspired by Japanese botanist Akira Miyawaki’s method of afforestation. Miyawaki’s technique makes trees grow 10 times faster than usual, creating a self-sustaining forest within two to three years. Started in January 2011, Afforestt is a for-profit social enterprise that aims to bring back lost forests by creating native forests. While a forest typically takes 100 years to mature, the one he creates grows 10 times faster, is 30 times more dense and 100 times more biodiverse. Afforestt has created 145 forests in nine countries. Sharma hopes to plant one forest in each country, then each city, village and home.