The Indian cricket team captain is ranked No. 3 on the 2017 Forbes India Celebrity 100 list 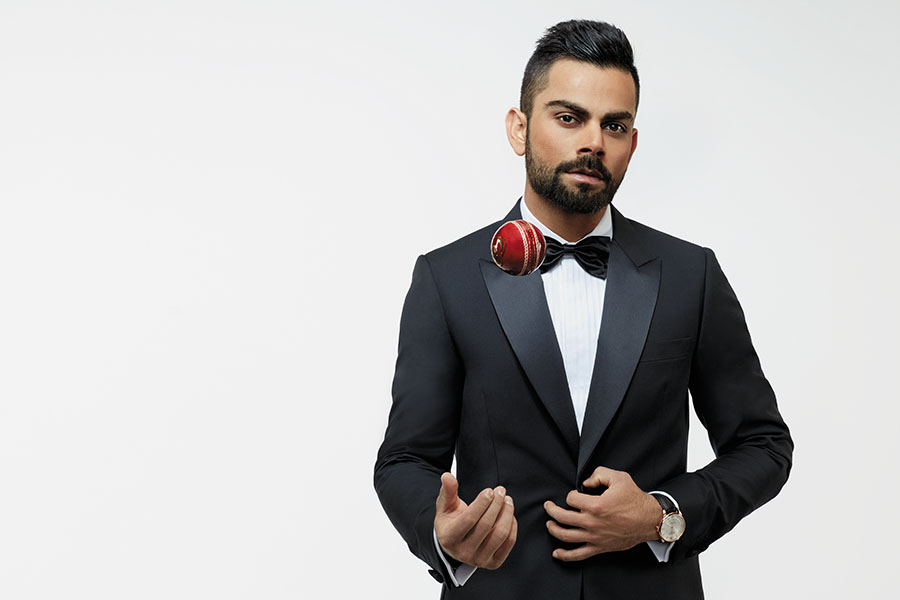 Image: Tissot
Virat Kohli steamrolled through 2017 as one of the most successful cricketers of the year, ratcheting up 2,818 runs, the third highest tally ever in a calendar year after Sri Lankan Kumara Sangakkara and Aussie Ricky Ponting. Kohli (29), who finished the year as ICC’s top ODI and T20 batsman, also led India to nine consecutive Test series wins, equalling Ponting’s record, and the No 1 ranking. During our time period, he notched up eight Test (five double hundreds included) and seven ODI centuries, completing 1,000 runs in both formats of the game. His cricketing might coupled with urbanity have made him a darling of the brands, earning him 18 endorsements, the highest among all sportspersons. But, a late-convert fitness freak, Kohli leads by example off the field too, turning down a multi-crore endorsement offer from a soft drinks company. In December, he got married to actor Anushka Sharma in a private ceremony in Italy.