How Deepanjali Dalmia moved away from synthetic to natural 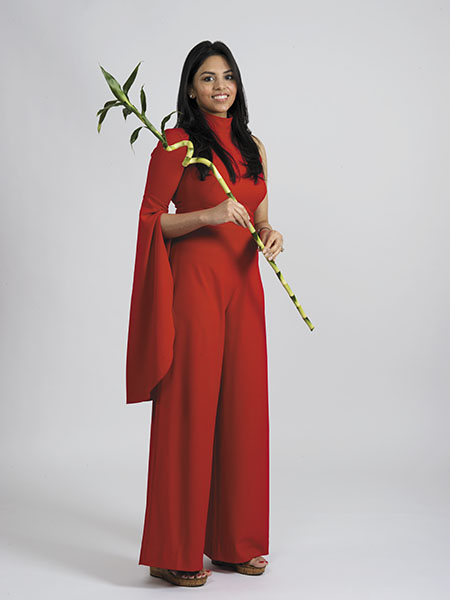 Image: Amit Verma
Deepanjali Dalmia | 26
Founder, Heyday Care
Before she spontaneously decided to quit her job, Deepanjali Dalmia was living the quintessential Indian dream with a high-paying job as a financial consultant at Ernst & Young in Manhattan. “I realised there was a fire in me that needed to be channeled in the right direction,” she says, explaining her turn to entrepreneurship.

Dalmia returned to India in 2015 and spent three months researching on her area of work, before finalising on personal hygiene. She learnt that nearly 87 percent of women in India do not use sanitary pads, and even among those who do, many do not have any idea about its constituents. “They are synthetic and plastic, which causes cervical cancer,” she says.

Dalmia then put together a team that developed a prototype of a sanitary pad using bamboo fibre, which has high absorbance levels, and corn, for its soft texture. Much of the funds came from her own savings, with some support from her family. “We wanted a product that was completely organic and natural and wouldn’t cause rashes or allergies,” says Dalmia.

“The product is doing very well since its launch,” says Kunaal Kumar, the managing director of New Delhi-based retail chain, Modern Bazaar. “But it has a strong potential to do even better with improved awareness. She is doing something remarkably different.”

The company manufactures the products in China and Finland, and packages them in India. “Our plants can produce over 448 million units a year,” Dalmia says. “We are now getting a lot of interest from Bangladesh, Africa and Russia. So we are looking to ramp up our sales across India and globally.”