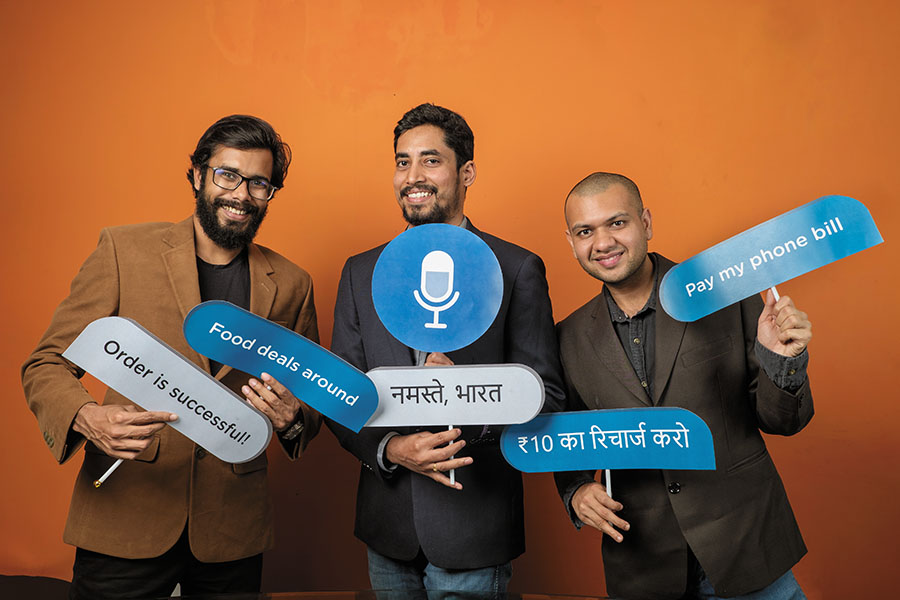 In April 2015, four friends and graduates from IIT-Kharagpur launched Niki.ai, a chatbot that is also a virtual shopping assistant for customers. Keshav Prawasi, 28, Nitin Babel, 28, Shishir Modi, 29, and Sachin Jaiswal, 30, decided to tap into the ecommerce space by creating an application that was a one-stop solution for a number of different services and making online transactions faster and more convenient. “If one could take care of all the important payments and bookings using a simple interface, where every service is availed through conversations—the medium users are most familiar with—the experience can enable millions to do online payments,” says Babel.

The application works on a channel-partnership model—taking orders from customers to buy products or services through conversational artificial intelligence—and then passing them on to their partner companies (like Amazon, Oyo, BookMyShow, Ola, Uber, redBus) for fulfilment. “For every order generated, Niki.ai earns a commission from the partners and a convenience fee from the customers. The company recently reported turning profitable for all transactions starting October 2018, after launching its voice-command feature in Hindi,” says Modi. Its revenue last year was ₹70 lakh and is expected to be ₹5 crore this financial year. Click here to view the full list of 30 Under 30 2019

Niki.ai has tied up with over 75 brands and has more than 3 million active users. In the fintech space, it has partners like HDFC Bank, Epay Later, Oxigen Wallet, Yes Bank and PayPal. Niki.ai will also be available in other regional languages like Tamil, Telugu, Kannada, Malayalam, Bengali and Marathi by end of this year.

So far, Niki.ai has received $4 million in funding. Some of its investors include Ronnie Screwvala’s Unilazer Ventures, Ratan Tata and Haresh Chawla of private equity firm True North. “In our country, where language and interface still pose two major challenges in the adoption of ecommerce or online payments, Niki.ai has a huge potential to be a wholesome payments solution for individuals and households alike with its user-friendly interface and voice capabilities in multiple regional languages,” says Screwvala.