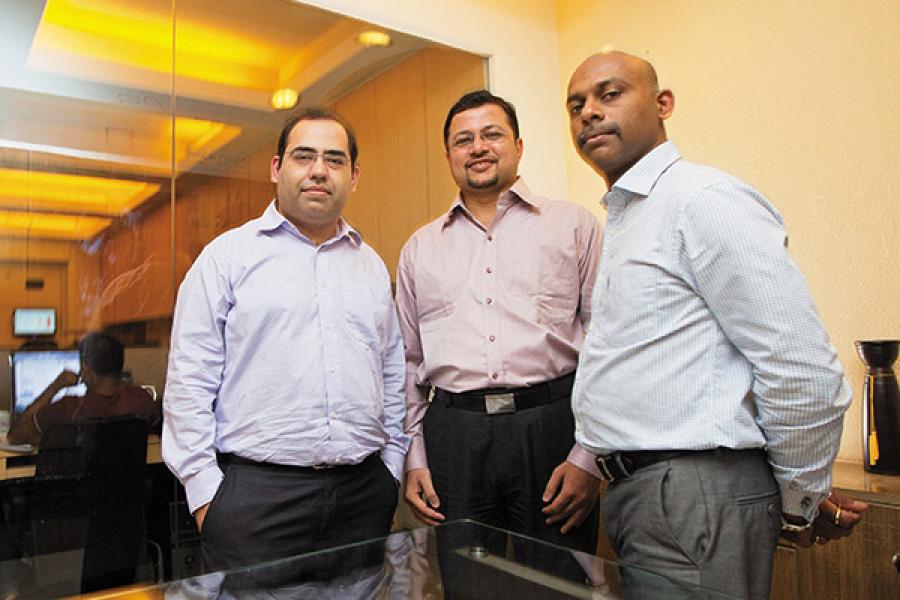 Pravin Chaudhari is a full-time derivatives trader. He buys and sells shares daily based on announcements, results and ratings data of companies. Large institutional traders get all such information on one single Bloomberg or Reuters terminal. Day traders like Chaudhari have to scan scores of news sources, such as newspapers, television, internet forums and company websites, to glean information. Four former Merrill Lynch techies reckoned that the thousands of investors, who now trade on their own through internet-based trading platforms offered by stockbrokers, may buy a product that mines and packages publicly available information into bite-sized packets.

Som Sagar, Mukund Mudras, Jaison Mathews and Abhijit Vedak, techies who worked for the fixed income division of Merrill Lynch, started Heckyl Technologies, which creates analytical information products that embed in the trading platforms of stockbrokers. Now, traders like Chaudhari get tweet-sized news feeds from numerous sources in one small window on their screens. “The system also allows me to understand market sentiments in terms of behavioural patterns of stocks and indices that I can convert into trading calls very quickly,’’ he says. 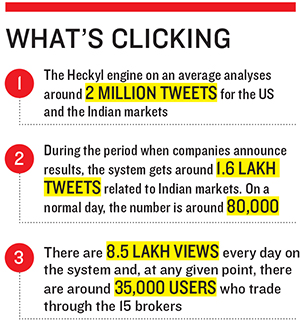 “We got this idea because we were working with traders and felt that retail investors were losing out on a lot of information, as all these products were targeted at institutions,” Som Sagar says.

The explosive growth of Facebook and Twitter has helped Heckyl.  “Almost 95 percent of retail investors do not have timely information as compared to their institutional counterparts. We saw an opportunity here,” says Mudras. They started Heckyl in December 2010 with Rs 60 lakh, with a lion’s share coming from a close friend. In 2011, it was ranked the best startup in India by TechSpark. In January 2012, Seed Fund, a venture capital fund, invested $1 million in Heckyl.

The company’s first product, FIND, collects financial information from Twitter and other websites. Though Som and Mudras tried to sell it to stockbrokers on a revenue-sharing basis, they hardly made any headway. Finally, Mumbai-based Angel Broking agreed to embed the product on its platform but would only pay fixed fees. Heckyl adopted the model for other brokers as well. Now, 15 stockbrokers, who together have the major chunk of the retail broking market, have incorporated Heckyl onto their trading screens.

Heckyl doesn’t create its own content but merely mines public information and packages it for investors. The Heckyl window allows investors to run queries and gives quick snippety answers and financial information. “Our partnership with Heckyl not only helps investors and traders in making the right trading strategy, it also accelerates market maturity,” says Nirmal Jain, founder and chairman, IIFL.