Budget has given ample thrust to housing and infrastructure 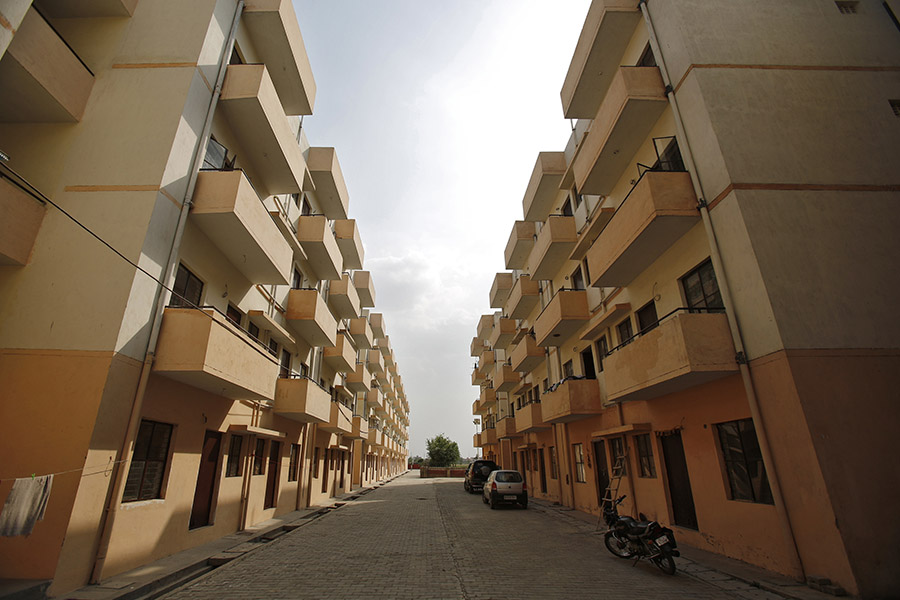 Housing & infrastructure being the two main engines of economic growth, the union budget has given ample thrust to infrastructure and the affordable housing segment. The ten pillars of this year’s Union Budget aimed to transform, energize and clean India should help the country to reach a GDP growth rate of 7.7 % by 2018. Proper implementation of proposals suggested in the budget will be key to the growth of the economy.

Affordable Housing gets infrastructure status
Housing for all continues to be at the forefront of the government’s initiatives. Infrastructure status to affordable housing comes as a landmark announcement for both consumers as well as the real estate industry. This will open a plethora of opportunities for developers wanting to invest in this segment. Easy and dedicated access to institutional financing, and a higher limit on external commercial borrowings will attract more investments and assure sustained growth of the affordable housing in India, making it the core driving segment for real estate. On the other hand, long term financing at lower rates will reduce costs of finance for developers, allowing them to pass on benefits to consumers. Leading developers can be expected to increase outlay on this segment, thereby contributing positively towards the government’s commitment to providing ‘Housing for All by 2022’. The new status will also increase resource allocation for the sector, catalysing housing supply and reducing the supply gap.

Over the last three years, a sum of over Rs 6,000 crore was sanctioned and Rs 3,570 crore released for the Housing For All scheme. The allocation of Rs. 23,000 crore under the Pradhan Mantri Awas Yojna (PMAY) this budget, will boost consumers sentiment, and allow many to realise their dream of owning a home.  Further, clarity on the PMAY will allow a large part of the population to avail the benefits of the interest subvention announced by the Prime Minister this New Year’s eve. The revision of carpet area instead of built up area is a positive move by the government.

Empowering
The strengthening of the banking systems and institutions with surplus liquidity will lower borrowing costs and increase the access to credit for developers and consumers. Allocation of Rs. 10,000 crores for the recapitalization of banks will ensure there is sustained liquidity with the banks.

With more than 276 industries dependent on housing and infrastructure, the surge in affordable housing will also help create job opportunities in the country. An allocation of Rs. 4,000 crore towards Skill Acquisition and Knowledge Awareness for Livelihood Promotion Programme (SANKALP), providing market relevant training to 3.5 crore youth will help address the issue of shortage of skilled labour in the sector.

Sops under taxation
The revision of the tax rates for individuals between income levels of Rs 2.5 lakh to Rs 5 lakh, will make more money available in the hands of consumers especially empowering them to invest in real estate. In addition to heavy tax rate, there are several taxation matters which bring inefficiency and result in making properties unaffordable. We have to wait and watch how the roll out of GST and its subsequent implementation will help in reducing the overall cost of projects, thereby increasing affordability for home buyers.

Infrastructure boost
On the infrastructure side, the government has proposed to invest to Rs 2,41,387 crore for infrastructure development in 2017-18. The total construction of 1,40,000 km of road in the last three years, has provided last mile connectivity to many satellite towns in and around metro cities. Further stress and importance on the roads and highways with a cumulative allocation of Rs. 64,900 crore, will allow the construction of roads and highways to be accelerated, giving an impetus to both the infrastructure and the real estate industry. This will also provide last mile connectivity to residential areas that have come up in satellite towns in and around the metro cities and are the hubs of affordable housing.

Conclusion
To sum up, this year’s budget addresses the needs of both home owners and home developers. To that extent, it is a progressive budget. This will provide new hope to the consumers and the economy should see a revival in the overall business sentiment. This budget has brought us a step closer in achieving the mission of providing Housing for all. Swift and proper implementation of these schemes remains critical.