Do you want to invest like George Soros, David Tepper or Larry Robbins? These are the top trades— ten buys and ten sells—of the world’s richest active hedge fund stock pickers. To compile the list, we looked at the US trades of billionaire hedge fund managers in the half year ending March 31, 2015. The top picks are ranked based on the number of billionaires who bought or sold the stock in a material way—at least 10,000 shares. We included picks only if at least six top managers agreed—we excluded some billionaire hedgies such as Carl Icahn and Chase Coleman because they didn’t follow the crowd. 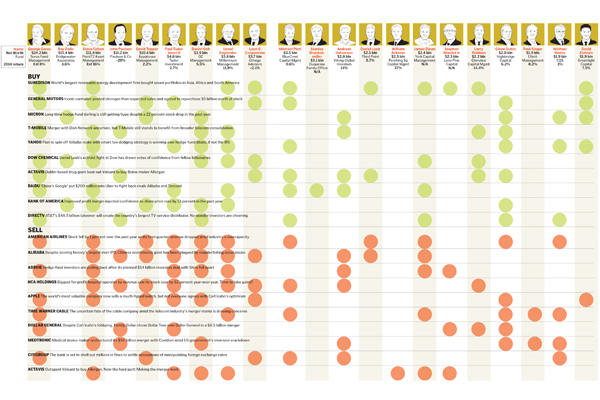 Tweets by @forbes_india
The art of the steal
Society's lottery winners are worthy of respect, too: Rich Karlgaard

Behind the NYT front page: The Project behind a front-page full of names