Killing It: Dead celebrities still raking in the moolah 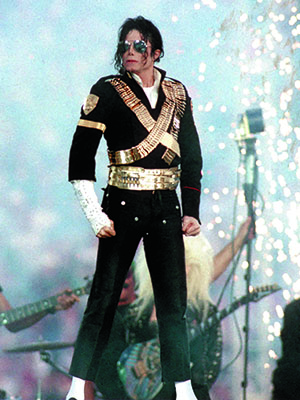 These 13 stars have long since assumed room temperature, but that inconvenient fact hasn’t dented their ability to keep the cash registers ringing. Whether they’re selling clothing, perfume or videogames, the dead celebs are definitely not resting in peace.

1. MICHAEL JACKSON
$140 million
Don’t stop till you get enough: His income dropped by $20 million from a year earlier, but Jacko remains the undead king.

2. ELVIS PRESLEY
$55 million
Authentic Brands Group bought his intellectual property rights for a reported $125 million in 2013, putting him under the same management roof as Marilyn Monroe.

4. ELIZABETH TAYLOR
$25 million
The last lioness of Old Hollywood glamour, Taylor rakes it in from her perfumes
and film library.

5. BOB MARLEY
$20 million
The reggae legend’s mellow mug now smiles out from satchels, apparel,
even a line of fruit-flavoured drinks.

8. ALBERT EINSTEIN
$11.5 million
The latest product from the genius’s estate: A line of branded tablets designed for students to use in the science lab.

9. THEODOR GEISEL (TIE)
$9 million
Will you buy them for your kids? / You will, or you already did! /Seuss might have died in ’91 / but still he sells books by the tonne.

9. BRUCE LEE (TIE)
$9 million
Fans of the original martial-arts master can now inhabit him: He’s one of the fighters in the newest version of EA Sports’ Ultimate Fighting Championship game.

9. STEVE McQUEEN (TIE)
$9 million
A new line of pricey clothing via a partnership with Porsche means the actor still embodies cool, 34 years after his death.

9. BETTIE PAGE (TIE)
$9 million
Page’s severe bangs, pitch-black hair and ability to fill skimpy outfits made her the echt 1950s pin-up girl. Six years after her death at the age of 85, her classic look is selling strong. A legal dispute that closed a majority of stores devoted exclusively to selling Bettie Page–brand clothing affected her earnings a bit this year, but retailers such as ModCloth and Unique Vintage still offer her dresses, lingerie and accessories. A Las Vegas show, set to debut next year, will feature
a hologram Page doing a striptease.

Tweets by @forbesindia
'Luxury is a state of mind'
Need a health consult? Turn to Best Doctors