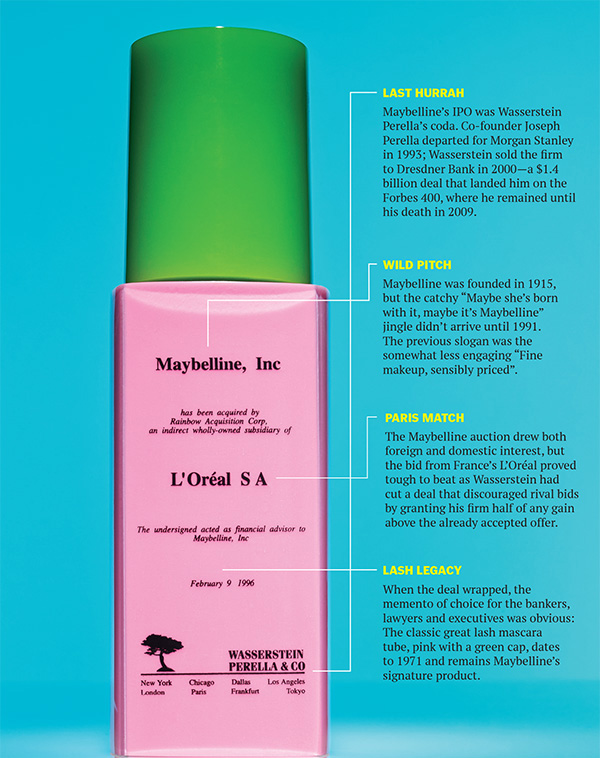 When Wasserstein Perella, headed by the late financier Bruce Wasserstein, bought Maybelline for $300 million in 1990, it was languishing as an ugly-duckling afterthought within pharmaceutical maker Schering-Plough.

“Bid-’Em-Up Bruce” put a shine on the brand, streamlining its products and tapping 21-year-old supermodel Christy Turlington as its new face, replacing aging Wonder Woman actress Lynda Carter. The turnaround was successful enough to merit an IPO in December 1992, just months after rival Revlon scuttled its own proposed listing.