The world's most powerful women

By Alix McNamara, Caroline Howard
For the sixth year running, Angela Merkel is die nummer eins on our ranking. (Hillary Clinton, for now, is stuck at number two). Nearly a third of these women lead a nation or play a major role in policymaking; together they govern or directly infl uence more than 3.6 billion people. Nearly half run a global company; nine have built a billion-dollar business. Four metrics determine this list: Money (personal, company sales, national GDP), media presence, influence, and success at effecting change. 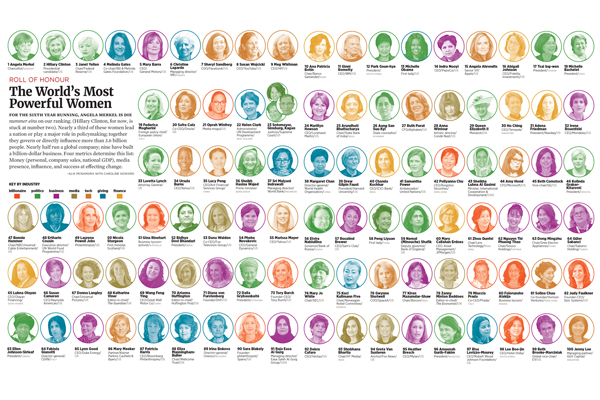