What 'social class transitioners' bring to the workplace 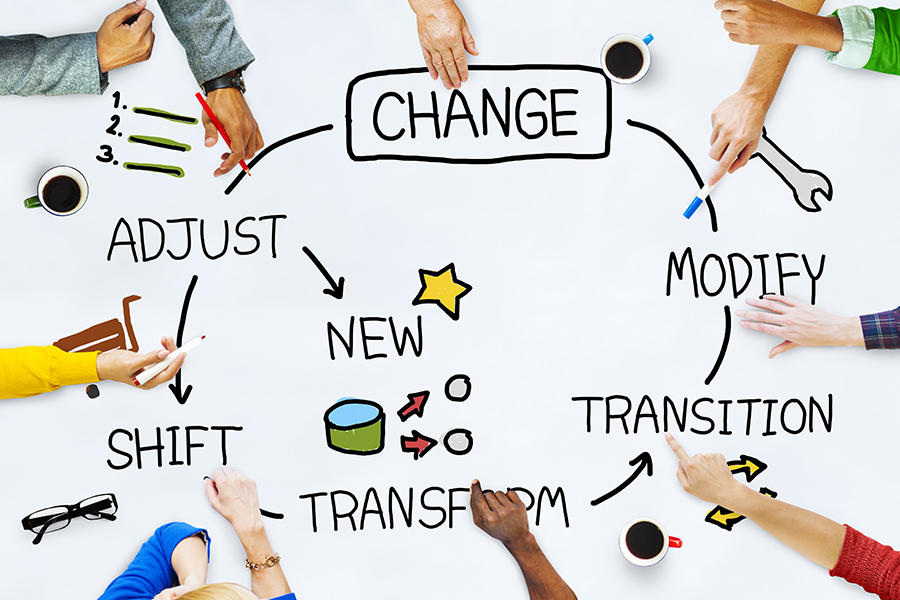 
A new study argues that “social class transitioners” — people who move between different socioeconomic classes through their lifetimes — bring a unique and valuable skillset to the workplace.

“People who transition between classes can learn to relate to people in a more skilled way, and they are incredibly helpful in groups, as they can understand people from all walks of life,” said University of Virginia Darden School of Business professor Sean Martin, a co-author of the new study. “However, it can also be an exhausting and even isolating experience for that person.”

Martin and his co-author, University of Toronto professor Stéphane Côté, described the different experiences of social class transitioners and the “cultural toolkit” they acquired in a paper accepted by the Academy of Management Review.

They drew from prior research to explain how the direction of someone’s transition (upward or downward), the pace of the transition and time spent in new environments impacted behavior.

A PERSONAL LEVEL
The research felt personal for Martin, who began his life in what he describes as the lower-middle class and attended schools that were later closed when they failed to meet basic performance levels. His parents worked their way up their own career ladders, the family quickly transitioned between social classes, and Martin himself eventually worked his way through college and earned a doctorate at an Ivy League school, Cornell University.

“It was a combination of hard work and structural opportunities I had that others do not,” he said. “I felt very lucky and fortunate, but I also quickly realized that I did not know all of the rules among the set of people I found myself in.”

He remembers being puzzled by the ritzy recruiting process employed by elite colleges and showing up to events in the “wrong” attire when seemingly everyone else knew exactly what to wear.

“It almost felt like I was doing a foreign exchange, studying in a new country,” he said. “Honestly, I still feel that way sometimes.”

However, as Martin argues in the paper, that sense of displacement can be an asset because it adds to what he and Côté refer to as a “cultural toolkit.”

ADAPTING TO ENVIRONMENTS, ADOPTING CUSTOMS AND ADEPTLY RELATING
Just as expatriates learn the social skills they need to adapt in a different country, people who move into a different social class acquire tools needed to adapt in those environments and become more adept at relating to different groups of people.

The effect appears to be most pronounced among those who have made larger transitions. In an empirical data set testing their arguments, Martin found evidence that those who made the largest transitions also appear to be the most culturally savvy, because they have acquired more and more tools while moving through multiple social classes.

The timing and direction of the transition — upward or downward — also matters. According to their paper, individuals who move upward may be more likely to expand and use their cultural toolkit, while those who move downward may be less likely, probably as a form of self-preservation. Similarly, those who start their upward trajectory in childhood likely adapt more easily than those who begin later in adulthood.

In the workplace, social class transitioners can use the tools they have acquired to “target” particular groups, adopting mannerisms or customs in order to be seen as a member, Martin and Côté write. They can also “broker,” drawing on their unique experiences to build a bridge between two different groups, or “blend,” sharing their experiences to help promote a more inclusive and culturally sensitive workplace.

Those abilities can make transitioners very valuable employees, because they can “connect with people across various categories of diversity to improve relationship quality, enable the flow of information among group members, improve coordination and reduce conflict across group members,” Martin and Côté write.

ANY DOWNSIDE?
However, those skills do come with drawbacks.

“It is wonderful to have a person who can understand people from all walks of life, but for them it can be exhausting and even socially isolating,” Martin said.

As a result, some social class transitioners might choose not to use their unique skills, or try to hide their backgrounds, especially if other factors like race and gender might affect how they are perceived.

Martin hopes that his paper will help both social class transitioners and their employers see their unique value, and better understand how class and socioeconomic status can affect workplace dynamics.

“Elite companies tend to hire people from privileged backgrounds, whether they mean to or not, and I hope this might shed light on how that could negatively affect performance,” he said.

Tweets by @forbesindia
Will large cap valuations hold in 2020?
Will funds dry up for startups this year?