The BJP, however, has made marked strides in the state, leading in nine seats presently, from winning just one in 2014 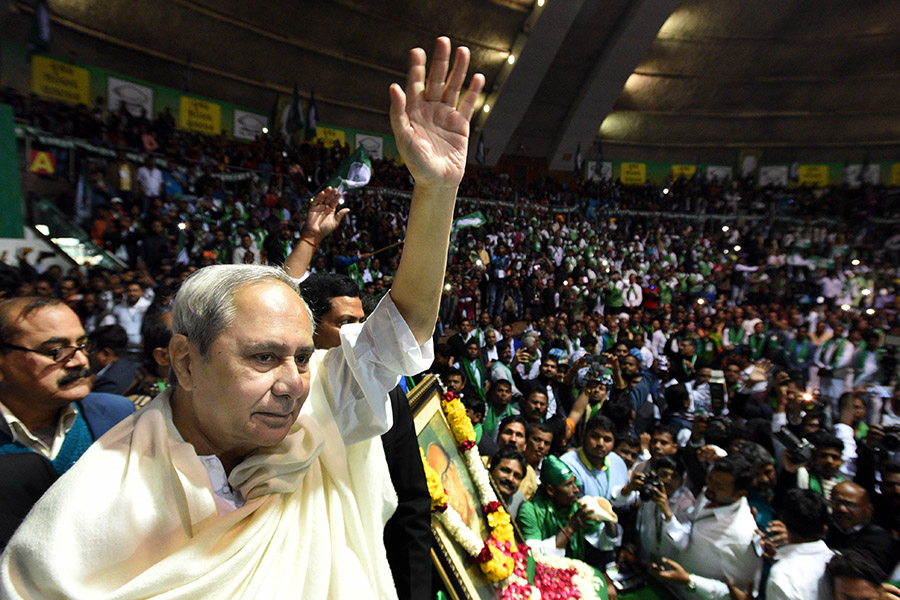 One state where the exit polls turned out to be unanimously wrong is Odisha. While predictions gave the Bharatiya Janata Party (BJP) a double-digit win for the state’s Lok Sabha seats, counting until 5:30 pm showed them leading in just nine seats. The Biju Janata Dal (BJD) has managed to clinch a strong lead in 12 seats in the state. Odisha has a total of 21 Lok Sabha seats. It is a similar story in the state’s assembly results, also in counting, where the BJD has a clear lead in 111 out of 146 seats at the time of writing this article. BJP candidates in Odisha, both leading and trailing candidates, are being cautious. Formerly with BJD and now BJP’s top contender, Baijayant Panda, is surprisingly trailing in his constituency Kendrapada. Kandrapada has been Panda’s bastion since his early days in the BJD. His contender, Biju Janata Dal’s (BJD) star candidate and Odisha’s top actor Anubhav Mohanty is currently leading. Mohanty's star power and powerful oratory skills are what seemed to have worked in his favour. Despite his disappointment, Panda is cautious. “Out of more than 12 lakh votes cast, only about 4 lakh votes have been counted. We have to wait till at least 60 percent of the votes are counted to know about the actual lead,” he said. He also added that even though other states managed to ride the Modi wave, it did not work as expected in Odisha. But BJP’s growth in the state has been impressive in this election. From winning one seat in 2014 elections, the party is leading in nine Lok Sabha seats a marked increase. Additionally, BJP’s performance in the state’s assembly election has also improved, as they manage to lead in 21 seats. Tides have turned in the state’s capital city Bhubaneswar, where former IAS officer and now BJP candidate Aparajita Sarangi is leading the vote count with 3,14,725 votes. Bhubaneswar has been a BJD bastion for a long time. But Sarangi, previously the Bhubaneswar Municipal Corporation (BMC) commissioner, was popular as a strict implementer and the beautification of the city, managed to cash in on her reputation to break the trends. Her opponent, former Mumbai police commissioner Arup Mohan Patnaik is trailing behind with 3,00,726 votes. Sarangi is cautious and said, “I will speak about the results only after 50 percent counting has been crossed. Let us wait till then.” On the other hand, BJD president, Naveen Patnaik, contesting from two constituencies simultaneously in the assembly elections for the first time, has a clear lead in both Hinjili and Bijepur. In Odisha, BJD is presently leading with a 42.8 percent vote share. BJP is trailing behind with 38.3 percent vote share at the time of writing this article.