KKR CEO Venky Mysore talks about the book that influenced him 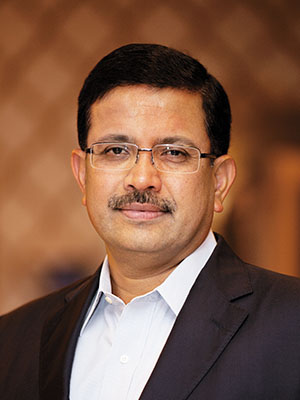 I read Michael Lewis’ Moneyball: The Art of Winning an Unfair Game much before Kolkata Knight Riders happened [in 2010]. The book is the story of American baseball team Oakland Athletics and its general manager Billy Beane who turned its fortunes, creating a big impact on baseball itself.

If I were to take three lessons from the book, I’d say: Audacity, because Billy Beane [the protagonist of the book] completely broke away from conventional wisdom to build a team; Conviction with which he pursued his unconventional strategy; and what I call ‘Stick-With-It-Ness’ — he was given the biggest offer by a team from Boston which would have made him the richest baseball manager in the world, but he turned that down and wanted to win with the Oakland As and not without them.

The situation in KKR when I took over as the CEO was almost similar to that described in Moneyball. The owner tells you that you only have ‘so’ much money and you can't spend more. KKR had $9 million and had we retained four players (which was allowed), we would have been left with half that money.

So, with limited resources I had to choose the best skill sets. In order to come up with the right combinations, a lot of analytics was put in place; much like Billy Beane did with his team, what came to be known as sabermetrics in baseball parlance. It helped him take an objective evidence-based approach to team-building, and allowed him to redo the revenue streams and bring about incremental efficiencies.

The book talks about his unique ways of player selection. When we [KKR] decided against player retention and wanted to build a brand new team, we hired a Chennai-based firm to create software which would help the management take real-time decisions during the auction, by way of allowing them to choose from a pool of skill sets which were required to win the highest percentage of matches in Calcutta [KKR’s home ground] conditions.

That’s all we did. The software kept throwing up data and we bid for skill sets, not for players. We weren’t fixated on any one player. Not even Gautam Gambhir [KKR captain], whom we almost lost to Kochi Tuskers who were quite gung-ho about him. Tremendous amount of research and preparation went into building that software. And I had a small team which fed data into it.

Every sport is a percentage game, and that is the core of Moneyball. With metrics based on the history of success, you predict future success to an extent. For instance, if you are 70 percent successful with the cover drive, you will attempt that in a match situation, instead of playing a sweep shot.

Holding firm to such a number-based approach, instead of a player-based one, was my contribution. It was an unconventional thing to do; it was a novel concept in baseball [then] and in cricket now. I feel lessons from Moneyball can be applied to the Indian team as well. Why can’t we have a completely new team, depending on skill sets, for every different condition? One should always be open to new possibilities.

(As told to Sohini Mitter)