Six stars who won over the audiences with their brave choices and superlative performances, in films including Sonchiriya, Mission Mangal and The Sky is Pink 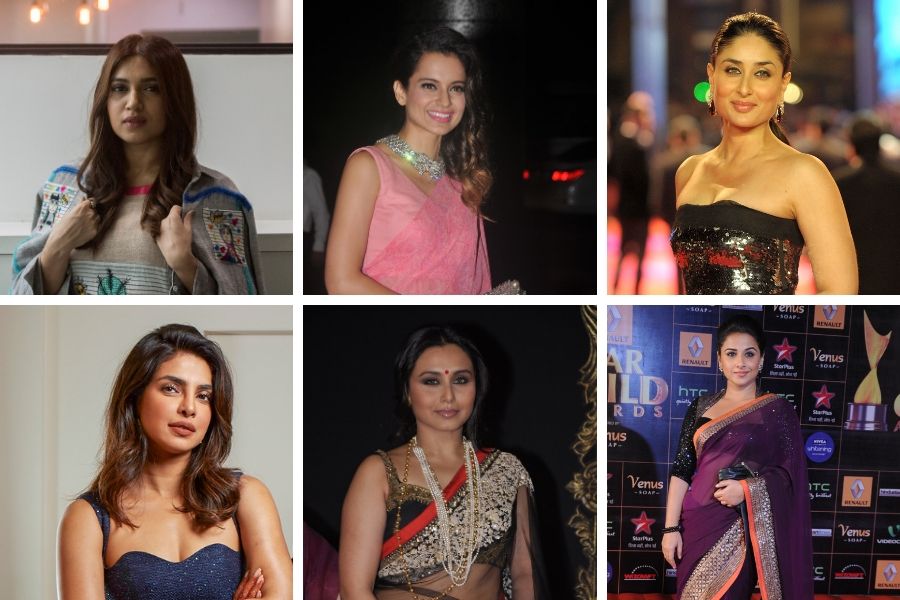 Bhumi Pednekar
The actor, who takes pride in her unconventional choices since her debut, starred in four films in 2019, with each role different from the other. As a gun-toting dacoit who has faced abuse, she stood out in Sonchiriya, exhibiting vulnerability and despondency in equal measure. It remains one of the better performances of the year.
With Saand Ki Aankh, Bhumi Pednekar took the risk of playing a sexagenarian grandmother-shooter, which resulted in a debate on ageism in the industry. She gave competent performances in Pati, Patni Aur Woh and Bala too, but the decision to cast her as a dark-complexioned individual in the latter invited criticism. Kangana Ranaut
An actor who has excelled in every role she has essayed on screen, Kangana Ranaut gave two of the finest performances during the year: As a warrior queen in Manikarnika: The Queen of Jhansi and a girl who suffers from acute psychosis in Judgmentall Hai Kya. In the former, apart from showcasing her horse-riding and sword-fighting skills as Rani Laxmibai, Ranaut ably helmed the historical drama as co-director following a controversy involving filmmaker Krish Jagarlamudi. Its success of the box office is a reflection of Ranaut’s filmmaking abilities at a young age. In the case of the latter, the original title had to be changed after an uproar, but the film was appreciated for bringing the conversation around mental illness into the mainstream. Ranaut nailed her part to perfection.   Kareena Kapoor Khan
The year 2019 ended with Good Newwz setting the cash registers ringing at the box office. Kareena Kapoor Khan, who plays the lead role in the film—her solo release this year—brings a rare honesty to her character as a married woman desperate to become a mother. As a journalist and wife, she plays the perfect foil to co-star Akshay Kumar. The actor is in complete control as she reveals her excitement and frustration at various points in a measured manner. She even displays her comic timing in a movie about a mix-up of epic proportions. Priyanka Chopra Jonas
The actor shows a gamut of emotions while playing mother to a terminally-ill teenage daughter in The Sky Is Pink. Priyanka Chopra Jonas effortlessly conveys the angst and pain of dealing with a situation where she has to appear brave from the outside but is crumbling within. The actor ensures that the emotional drama does not become a tear-jerker with a restrained performance during the character’s long journey. In her only film of 2019, she plays a doting-yet-strict mother hell bent on ensuring that her daughter lives her life to the fullest. Rani Mukerji
Last seen on celluloid in Hichki (March 2018), Rani Mukerji returns to the screen with Mardaani 2 and owns it as a feisty police officer, Shivani Shivaji Roy. The second instalment in the franchise, the fast-paced film has her in pursuit of a remorseless serial rapist and murderer. The actor strikes the perfect balance as a no-nonsense cop and sensitive human being. She is brutal but empathetic and assertive without being loud. Mukerji is flawless in her body language and dialogue delivery, and gives a supremely convincing performance that is by now expected of her. Vidya Balan
As a scientist at the Indian Space Research Organisation, Vidya Balan steals the show in Mission Mangal. She is a delight to watch as she juggles her responsibilities as a wife and mother at home and a thorough professional at work. The film has an ensemble cast that includes Akshay Kumar and four other leading women, but Balan holds her own as an optimistic individual adamant on ensuring the success of the Mars Orbiter Mission. The actor brings believability to her character with an earnest performance and keeps the viewers glued to the screen with her conviction.   (The names appear in alphabetical order)