Coronavirus: Your guide to winners and losers in the business world 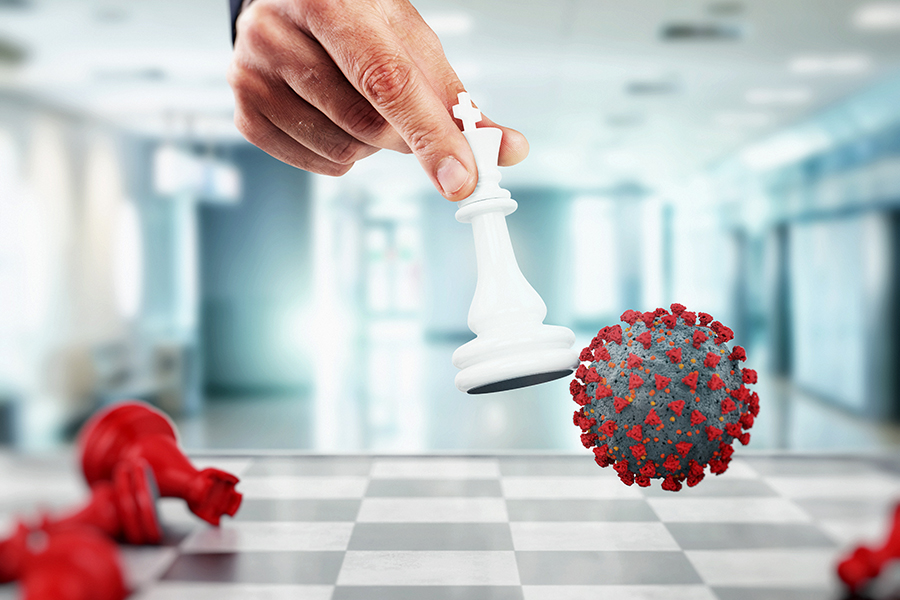 As we adjust to life with the new coronavirus around us, our behaviors and habits are quickly changing. What will be the impact of these changes on the organizations and industries around us?

The third category is the most interesting, as actions they take now will move them into one of the first two categories. Let’s look at each in turn.

The winners
These sectors have found themselves serendipitously on the right side of history. By applying a basic level of competence, they should thrive. The natural strategy for these companies is to aggressively invest in opportunities and growth.

Ecommerce marketplaces
People are moving online to do their shopping. Already, Amazon is adding 100,000 new jobs to manage the extra demand. Some other marketplaces are struggling to add capacity. For example, online grocer Ocado has suspended new orders until it can clear its backlog of deliveries.

Some marketplaces are turning to technology for help. Chinese ecommerce giant JD.com is using unmanned vehicles to deliver food and medical supplies in Wuhan.

Pharmaceuticals
Pharmaceutical companies are inevitably playing a large role in the crisis. Gilead, which owns the rights to treatment drug Remdesivir; Moderna, actively working on a vaccine; Roche, a major supplier of testing kits; and Fujifilm, with existing treatment drug Avigan, are all poised to benefit.

Logistics/delivery
As people around the world are blocked from leaving their homes, products and services will need to be delivered. Cainiao, Alibaba Group’s logistics arm, launched the Green Channel initiative on January 25 in response to the increased demand for protective clothing and medical supplies, especially for front-line medical staff in Hubei province. In just nine days, Cainiao received more than 7,000 calls and shipped over 5 million medical products to Wuhan and neighboring cities.

Meanwhile, UK food delivery app Deliveroo has launched a “no-contact drop-off service”. This provides restaurants with additional packaging and seals for orders to be left on customers’ doorsteps.

Video conferencing
Videoconferencing start-up Zoom has benefited massively. The company’s sales and share price are already up over 50% in 2020. Webex from Cisco and Skype and Teams from Microsoft are also seeing major upticks in sales. Most are offering special deals for their conferencing services during the outbreak.

The losers
For the losers, their managements will need a Herculean effort to pull them through the crisis. Even if they succeed, many will be seriously damaged. The natural strategy in these sectors will be to cut costs, de-risk operations and be ready to return when conditions improve.

Airlines, trains and cruise ships
The global airline industry has said it will need up to US$200 billion (£171 billion) in emergency support, and Boeing has called for US$60 billion (£51 billion) in assistance for aerospace manufacturers as the international travel industry bleeds cash. Norwegian has already cut 85% of its routes and laid off 90% of its staff. Virgin Atlantic intends to park up to 85% of its fleet during the month of April and is asking staff to take up to eight weeks unpaid leave over the next three months to avert job losses.

IAG, parent company of British Airways, Iberia, Aer Lingus, Level and Vueling, will cut capacity by 75% in April and May, while the Air France-KLM group is set to cut capacity by between 80% and 90%. Most cruise ship operators have ceased operations, and bankruptcy is likely for some.

Tourism
The US Travel Association is projecting that close to 5 million travel-related American jobs will be lost. This is more than 25% of the 15.8 million Americans who work in the sector. The situation is equally dire elsewhere. For example, all ski resorts in Italy, France, Austria and Switzerland are effectively closed for the season.

Oil and gas
On January 1, a barrel of crude oil sold for US$67.05 on New York’s NASDAQ exchange. At the time of writing, it was trading at around US$26 per barrel. So companies’ oil reserves are worth less than half that of the start of the year. The value of giants like BP reflects this – on March 19, it was worth 51% of what it was at the start of January.

According to the International Energy Agency, global oil demand is set for its first annual drop since 2009. Contrast this with the agency’s February prediction, when it expected annual growth of 825,000 barrels per day.

Investment banking
Hundreds of London and New York investment bankers are set to lose their jobs amid a slump in deal-making. Shares of leading US banks JPMorgan Chase, Bank of America and Citigroup are all down more than 30% from January highs.

Financial News spoke to senior London investment bankers who predicted a drop in fees of up to 50% in the first six months of 2020. That would mean around US$10.7 billion (£9 billion) in lost revenues across equity deals – the worst first half of a year since 2009.

Traditional retail
With people confined to their homes, there isn’t much point keeping traditional retail stores open. The largest US mall owner, Simon Property Group, announced on March 18 that it would close all its malls across the country. Similar decisions have been made across Europe and Asia. Apart from grocers and pharmacies, it will take a long time for traditional retail to recover.

North America’s Major League Soccer, the National Basketball Association and National Hockey League have suspended their seasons, and restricted locker room access to players and “essential staff” only. The African Nations Championship 2020 soccer tournament scheduled for April in Cameroon has been postponed indefinitely. Long cancellations mean major losses for sports channels and the traditional cable TV ecosystem, as live sports has kept millions of viewers from cutting the cord on cable.

Cinemas
Analysts predict that the global film industry is facing a US$5 billion (£4.2 billion) loss from diminished box office revenues and production restrictions. That could grow if more countries force people to remain at home or order public space to close.

The inbetweeners
These sectors will probably struggle if they continue as is. Many companies will fail, though a few will adapt their business models to take advantage of new and emerging opportunities. In some cases, this will build a solid foundation for continued success.

Banking
Most banks will lose money as individuals and businesses struggle to pay back loans. If the world economy enters a recession, which seems very likely, the market for financial products will also fall.

Banks can, however, generate goodwill with businesses that need assistance, and create relationships with new customers. Several UK incumbents, including Barclays, Santander and RBS, are already offering emergency loans and overdrafts to at-risk business customers. Many consumers will need temporary solutions, which could yield a spike in demand for small and medium-sized loans.

Healthcare
Some players in this sector emerge with new ideas that could improve healthcare. Others will be pushed past breaking point and will never return.

Chinese digital firm Baidu is among those that has been quick to innovative. It launched a Fight Pneumonia app to help the public get accurate and useful information about the epidemic in real time. It is also offering its online medical advice platform free to users seeking COVID-19 consultations. This has seen over 100,000 doctors across China responding to tens of millions of inquiries.

Baidu has also released an intelligent healthcare unit that responds to common questions through a conversational chatbot. This so-called “call bot” makes automated phone calls to ask people about their recent travels, health condition and contacts.

Manufacturing
Many manufacturers will struggle as the goods they produce are no longer in demand, but more agile operators will shift to making different products. For example, Chinese car manufacturer BYD has opened up production lines for surgical masks and hand sanitizers. It was one of 2,500 Chinese companies to respond to a call from President Xi Jinping for a “people’s war” against the virus.

GM, Ford and Tesla are talking about producing ventilators. LVMH, the French luxury goods company behind Louis Vuitton, Christian Dior and Givenchy, is also shifting to produce hand sanitizers, and aims to make 12 tons within the first week of production. LVMH is giving the product to French authorities to distribute at hospitals at no charge.

Education
Most schools, universities and private education providers have closed their doors, but not necessarily their operations. As more and more people are confined to their homes, there is a golden opportunity for education institutions to expand the scale and scope of their operations online.

In China, Kuaishou, a social video platform valued at US$28 billion (£23.5 billion), has promoted online education offerings to compensate for school and university closures. The company and other video platforms have partnered with the ministry of education to open a national online cloud classroom to serve students.

Zhejiang University, one of China’s leading universities, officially started online teaching on February 24 in line with the term calendar. This covers all ZJU students, although many courses are open to learners worldwide. Two weeks in, the university was offering more than 5,000 courses. 2,500 graduate students are expected to defend their theses in the spring, and will also be able to do an online oral defense to graduate as planned.