In a challenging year, the net worths of more than half the list members saw a fall on Forbes' annual list of the country's richest billionaires. However, a few billionaires bucked the trend, and six new faces broke into the list this year 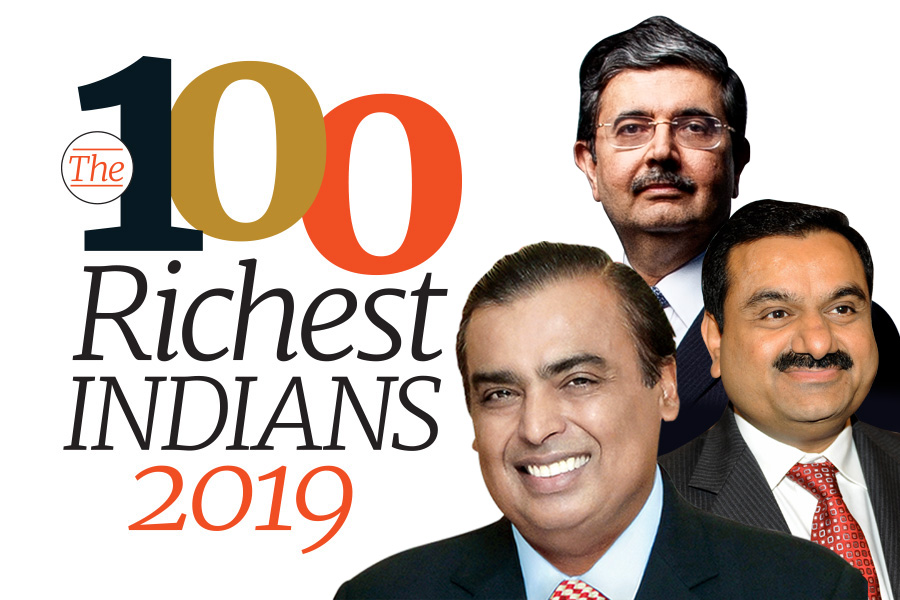 It was a challenging year for the nation’s wealthiest. Under the Narendra Modi-led government, which returned to power for a second term with a thumping majority in May, economic growth slowed to 5%, a six-year low. As consumer demand slumped, sectors such as automobiles and consumer goods announced layoffs and production cuts. To boost sentiment, the government, in September, said it would reduce the corporate tax rate to 22% from 30%. Despite the turmoil, a few charged ahead. Mukesh Ambani remains the richest Indian for the 12th year in a row. He added $4.1 billion to his net worth as Jio, a three-year old telecom unit of his Reliance Industries, became one of India’s biggest mobile carriers with 340 million subscribers.


Another big gainer was infrastructure tycoon Gautam Adani, who jumped eight spots to No. 2. After a nine-year wait, Adani secured permission in June to start work on an Australian coal mine. A resident of Modi’s home state of Gujarat, Adani has ventured into a slew of new businesses from airports to data centers. A $4 billion boost propelled banker Uday Kotak into the top five for the first time. The lower tax rate is expected to boost earnings of his Kotak Mahindra Bank, which saw its shares rise 39% since we last measured fortunes.
There are six new faces this year, including Byju Raveendran, the 38-year-old founder of fast-rising edtech unicorn Byju’s; Manohar Lal and Madhusudan Agarwal of Delhi-headquartered Haldiram Snacks; and Rajesh Mehra, whose family owns the popular Jaquar brand of bathroom fittings. Samprada Singh, founder of Alkem Laboratories, died in July and his fortune is now listed under his family.

The net worths of more than half the list members fell. In all, 14 were poorer by $1 billion or more, and nine members from last year’s ranks dropped off. The total wealth of this year’s 100 richest shrank 8% from a year ago to $452 billion. But more than a third of that decline was due to the remarkable largesse of tech tycoon Azim Premji, who gave away a chunk of his fortune in March and consequently dropped in the ranks to No. 17 from No. 2. Inspired by Mahatma Gandhi, Premji has so far donated $21 billion to his education- focused charity, which includes two-thirds of his shares in Wipro (he retains a 7% stake).

Steel baron Lakshmi Mittal, who has yet to complete the acquisition of bankrupt Essar Steel, took a $7.8 billion hit amid falling steel prices and weak demand. Most fortunes linked to autos and consumer goods suffered from the downturn. Acharya Balkrishna’s wealth declined by more than two thirds due to a sales slump at his consumer goods firm Patanjali Ayurved. Autoparts maker Vivek Chaand Sehgal’s net worth more than halved to $2.45 billion as shares of his Motherson Sumi Systems fell 61% on slowing demand in Indian and global auto markets.

METHODOLOGY
This list was compiled using shareholding and financial information obtained from the families and individuals, stock exchanges, analysts and India’s regulatory agencies. The ranking lists family fortunes, including those shared among extended families such as the Godrej and Bajaj families. Public fortunes were calculated based on stock prices and exchange rates as of September 27. Private companies were valued based on similar companies that are publicly traded.