An unexpected product benefit can be a powerful marketing tool 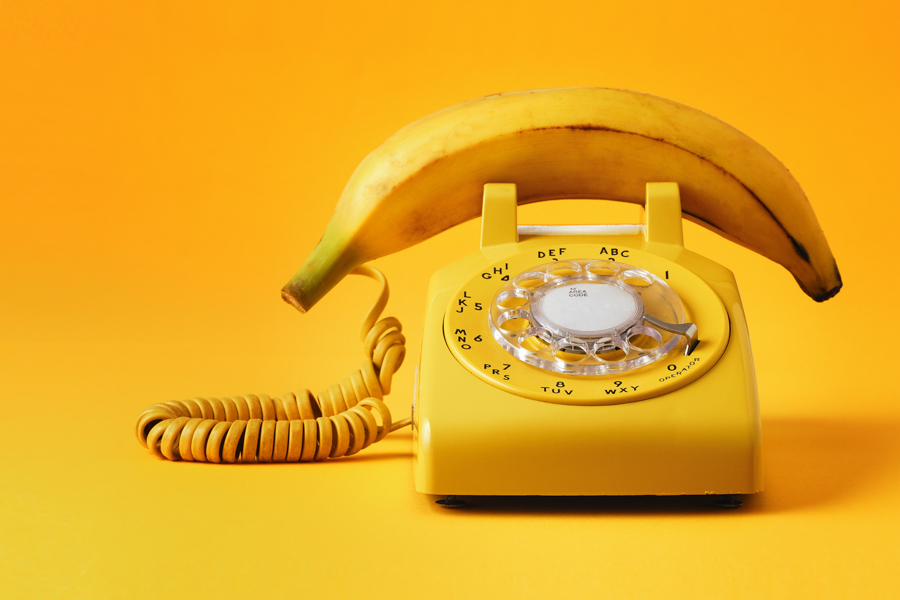 Image: ThePalmer / Getty Images
As companies test a new product, they often learn that it can deliver unexpected benefits. This very famously happened in the case of Viagra, a product originally developed to treat cardiovascular problems. During the first human trials of the compound, a study nurse reported that male subjects would frequently lie on their stomachs on the examination table, trying to hide their erections. The compound did indeed dilate blood vessels, just not where expected.

It is common for companies to discover unintended benefits to their products after launch, once customer reports start flowing in. This is particularly true in the health and beauty industry. Just read online reviews for omega-3 supplements and you will find people claiming the heart health supplement helped them with a wide range of issues, from brittle nails to weight loss. Similarly, Botox was approved for cosmetic use in 2002, but users soon started reporting that the injections improved their migraines as well. It was licensed for this type of treatment in 2010.

Research has shown that consumers value a product’s benefits more when they believe a firm was intentional about creating them. For instance, if a company launches a programme that accidentally helps the environment, it is less likely to get praise than if the programme was expressly designed for that purpose. In law, premeditated crime is punished more harshly than an involuntary act that led to the same result. Intentions matter, because they are associated with effort, and effort with value (whether positive or negative).

However, another stream of research suggests that an unexpected benefit can pique consumers’ interest and lead them to anticipate other potential benefits from the product. This has a biologic basis: Studies on mammals (from rats to humans) have shown that receiving an unexpected reward (such as a squirt of juice instead of plain water) fires up neurons in the regions of the brain associated with reward anticipation and seeking. In a way, a nice surprise is perceived as a sign of more good things to come.

A field study on WeChat
So, when serendipity knocks at the door of marketers, how should they frame the unexpected product benefit that has just fallen onto their lap? Is it better to describe the benefit as if it was intended all along? Or should it be presented as a nice surprise, stoking the interest of consumers? To examine the question, we conducted a field study with a commercial partner in China, forthcoming in the Journal of Consumer Research.

WeChat is a multifunctional application with over 1 billion users in Asia. Shops on this platform can message potential customers directly, enticing them to purchase products instantly via the mobile payment feature. For our experiment, a mid-size retailer agreed to run two variations of a sunscreen spray advert. Both featured the image of a couple relaxing on a beach, positioning the product as a hedonic one. And both mentioned that the sunscreen offered UV protection and brightened up the skin. In one version, this skin-brightening benefit was described as unexpected. 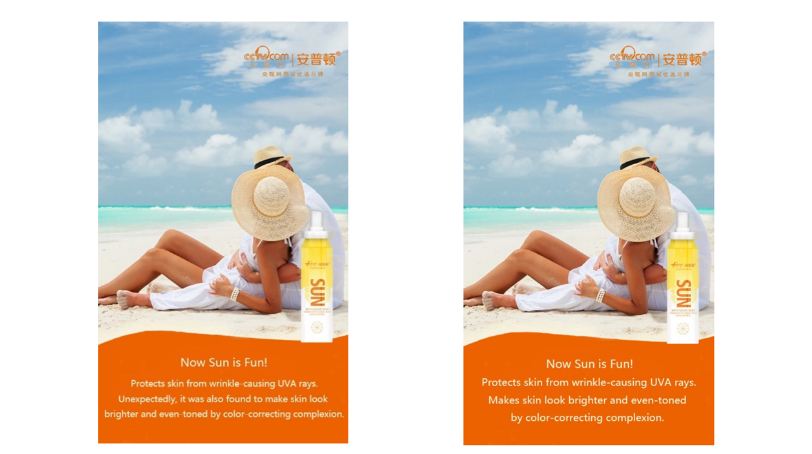 A total of 21,514 Chinese consumers received either advertisement in Chinese (translations shown above). The one that framed the skin-brightening benefit as unexpected garnered 21 percent more in sales than the other: 5.70 percent of consumers who saw it purchased the product, vs. 4.73 percent of those who saw the regular advert.

We followed up with a second study to examine whether this effect would hold for a product perceived as functional as opposed to hedonic. We hypothesised that it would not, based on past research that showed that hedonic gratification is the reason behind impulse buying. In other words, high-arousal emotions, the sort triggered by exciting and pleasurable situations, make consumers particularly receptive to rewards.

In another study, we explored whether consumers might react when told of a truly unexpected benefit, one at odds with the product category. We asked 360 US-based participants to imagine that they were buying a skin-firming body lotion for an upcoming vacation. We told some of them that the lotion had been unexpectedly found to help with sleep problems. This somewhat random benefit didn’t significantly influence their willingness to pay. However, those participants who were told that the lotion had also been unexpectedly found to help with skin tone were, as predicted, willing to pay more for the product, compared to participants who understood this as a feature of the lotion.

In other words, unexpected benefits are attractive when the product is to be used in a pleasurable context or when its purchase is motivated by feelings as opposed to reason. Depending on the product, hedonic imagery may help set the right stage.

Marketers may choose to create an entire brand story around the serendipitous discovery of the benefit. Skincare brand SK-II has done this very successfully. According to the story, SK-II scientists were looking for a miraculous skincare ingredient in the 1970s when “a chance encounter” led them to observe “the soft and youthful hands of aged sake brewers”. The brand is still going strong after nearly 40 years of existence.

Lastly, proactive marketers could launch promotions to help consumers share what unexpected uses they have found for the company’s products. This could be an especially effective tactic in today’s digital world, as consumers are becoming increasingly important marketing agents.