Do consumers put their money where their mouth is?

Even though consumer interest in ethical products has increased in recent times, a significant gap exists between what most consumers say about their intent to buy and what they actually end up buying

By Sneh Singh and Ashima Sood 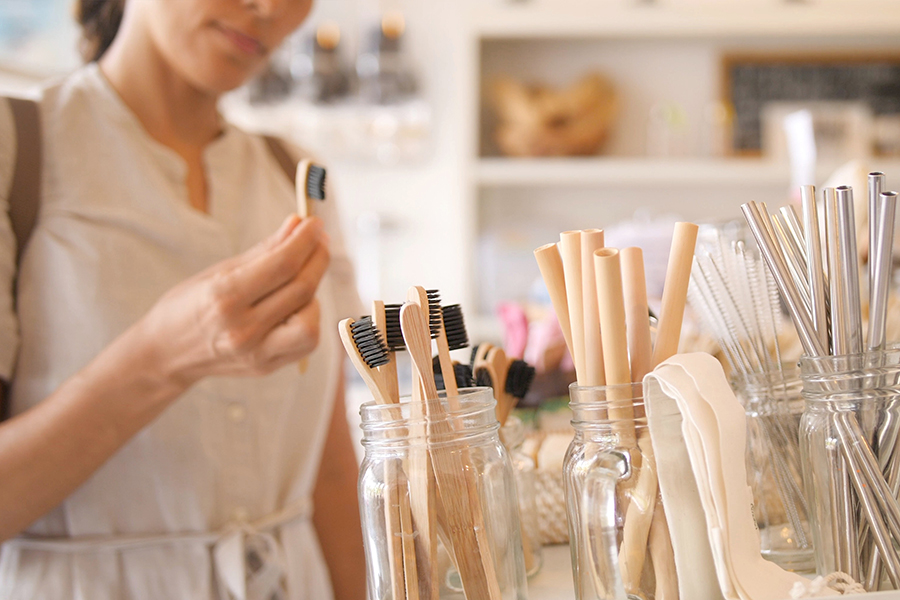 Do consumers actually do what they say? And say what they do? The gap between stated intent and revealed action is one of the central puzzles in consumer behaviour research. There are few places where this tension between saying and doing is sharper than in the arena of ethical consumerism.

The Ethical Consumer
What is ethical consumerism? The ethical consumer makes shopping choices informed by the conditions of production, whether labour practices or environmental impacts. A more expensive electric car over a diesel guzzler would be the ethical choice. So also eggs from free-range hens over factory-farmed and caged poultry.1 Broadly speaking, ethical consumers both actively seek out products that meet standards and reject those that do not.

One influential example is the ‘fair trade’ movement, which aims to get developing country producers ‘fair’ terms for their products.2 The movement has had some striking successes. Often responding to student activism, growing numbers of universities, schools across Europe and North America have signed fair trade pledges.3 Institutional commitments to fair trade in sourcing items ranging from gold to coffee, tea, and apparel have also caught on in cities and church congregations.4

The number of ethical consumers in India remains too small to be properly counted. But studies show that Indian consumers are receptive to ideas of socially responsible consumption. Indeed, from khadi to ‘Ahimsa silk’, ethical consumption has been important to Indian consumers at least since the Swadeshi movement. The growing market for organic and responsibly sourced foods may also offer a clue to the rise of this segment. Such consumers may prioritise health rather than ethical concerns, though.

The Ethical Consumption Puzzle
An interesting puzzle lies at the heart of the ethical consumerism trend. Studies suggest that consumer intentions may not translate into actual purchases. Consumers may say they support ethical brands, but may not buy those products. A widely cited study on ethical consumers described this as the ‘30-3 syndrome’. Over 30% of consumers claim that they pay attention to the social and environmental records of companies whose products they buy. The market share for ethical products, however, hovers around 3%.

What drives this contradiction? Are consumers unwilling to pay the price premium associated with ethical products? Or is there an underlying behavioural explanation?

This was the set of questions Professor Nitika Garg of the University of New South Wales and her colleagues Professor Rahul Govind, Professor Jatinder Jit Singh and Shachi D’Silva set out to answer. Their 2017 paper ‘Not walking the walk: How dual attitudes influence behavioural outcomes in ethical consumption’ appeared in the Journal of Business Ethics.

Consider the case of Zara, a Spanish ‘fast fashion’ retailer. As Professor Garg points out, Zara has been “heavily criticised for unethical labour practices in its manufacturing environment” in places ranging from Turkey to Brazil and Argentina.5 In Argentina, for example, the country’s Government Control Agency reported conditions at Zara manufacturers that approximated forced labour.

Yet, the retailer remains one of Forbes’ top 50 global brands, with its revenues and profits registering barely a hit over the period labour issues have accumulated.6 Are consumers not paying attention?

Not quite. “Many consumers voiced their opinions against the unethical practices,” says Garg. “However, it did not seem to affect consumer actions while buying Zara products.”

Ethical Premium?
Might price be the missing piece of the puzzle? Zara’s focus on fast fashion has meant affordable prices and that may be one contributor to its success.

On the other hand, ethical products often come with a price premium. For example, one study noted that fair trade coffee prices may be double those of world market prices, far exceeding what consumers are willing to pay. One certifying organisation, for example, promised a minimum price of $1.26 per pound when the corresponding global market price ranged between $0.56- $0.62 per pound. 7

Price may be a critical part of the overall ‘attitude-behaviour gap’ for ethical products. It seems a less compelling explanation, however, for one famous test case for ethical consumption: Volkswagen’s ‘Dieselgate’.

The German car maker has never been known for its budget cars.8 Long known for its rock-steady reliability, the auto maker’s reputation for trustworthiness came under a cloud in 2015. The United States Environmental Protection Agency found that Volkswagen’s brands such as Audi-3, Jetta, Beetle, Golf and Passat had software built in to cheat on pollution emissions tests.9

As Garg notes, “The breach was so severe, it shook the consumers’ perception of the brand. It used to be a fairly healthy, high quality and respected brand.” In the months following the September 2015 scandal, sales nosedived by 5%. Overall sales for 2015 declined for the first time in 13 years.10

These effects were short-lived, however. Garg says, “It really impacted the brand, at least for a year or two. But the consumers forgave the company. Volkswagen US has not died out.” By 2017, the company’s overall sales in North America were rebounding. By 2018, it was showing a modest growth over 2017 numbers.11

Did consumers stop caring about Volkswagen’s unethical actions? Or is there a ‘social desirability’ bias in play when consumers say they prefer ethical products? In other words, do consumers lie about their preferences to convey a positive impression of their own conduct?

Two Attitudes?
To understand the Volkswagen sales story and other such paradoxes of ethical consumption, Garg and her co-authors draw on a ‘dual attitude’ model to distinguish between ‘explicit’ and ‘implicit’ attitudes.

The authors suggest that previous research took into account only the explicit attitude. On the plus side, explicit attitudes are easily expressed and experimentally observed through spoken and written ‘self-reports’. On the flipside, they can easily be influenced by the nature of stimuli and may drive behaviour only in the short term.

Why Consumers Say One Thing and Do Another
Let us return to the Volkswagen case. Garg explains, “In a general scenario if one asks consumers about their car preference they would likely have the same explicit and implicit preference. There is no reason for them to diverge. But for a product which has some discord in terms of brand and consumer’s values, one might easily notice the divergence between explicit and implicit attitudes.”

Time makes a big difference, however. Garg argues, “When actual preferences and choices are evaluated after a certain time period, the shift in the overall attitude can go away. There is no difference in the choice and preference after a delay.” That means, “consumers are not insensitive to the news on unethical actions by companies but their general attitude towards well-known brands is fairly stable.”

The key lies in the two attitudes — explicit attitude may change but the implicit attitude might remain quite stable. One way to understand why implicit attitudes are so hard to shift is to recognize that consumers “often naturally fall back on …previously held opinions and evaluations. Updating them is like information processing which we don’t like doing as human beings… One can conclude that shifting implicit attitudes is not easy,” argues Garg.

Since it is implicit attitudes that go to work when consumers make decisions in the absence of external stimuli, they are often reflected in purchase choices over the long term.

Hence, once the news cycle on Dieselgate died down, consumers went back to relying on their implicit attitudes toward Volkswagen, which were largely positive.

“We find in our research that consumer memory is fairly short-lived,” sums up Garg. Thus marketers must understand the implicit attitude of the consumer as much as or more than his/her explicit attitude.

Lessons for Ethical Marketers
For makers and marketers of ethical products, the stability of implicit attitudes poses a big challenge. How can they introduce new products into the consumption basket or cast doubt on staples?

As Garg puts it, “If you give me a new piece of information, yes I will incorporate it. But unless it happens again and again or unless the ethical breach is so severe that it completely shifts my attitude, there will always be resistance to the change.”

The process of aligning consumer behaviour and attitude is, therefore, a slow process. Consider the example of free-range eggs that have created a niche in the markets the world over, including India. As Garg explains, “People do spend extra for free range eggs, because they are constantly fed information on the poor conditions of chickens. Over time, consumers reconciled their feelings for the poultry-farmed chicken and the eggs they produce.”

The dual attitude model explanation proposed by the authors recognises the coexistence of both implicit and explicit attitudes, even though they may sometimes be incompatible with each other. The importance of implicit attitudes helps explain why the attitude-behaviour gap for ethical products is so persistent. But it also explains how consistent messaging can help shift preferences over time.

So whether solar energy or electric cars, with enough exposure, ethical consumers may be the wave of the future.


By Sneh Singh and Ashima Sood, based on research by Nitika Garg, Rahul Govind, Jatinder Jit Singh and Shachi D’Silva.

Tweets by @forbesindia
Nirmala Sitharaman is new Finance Minister, Amit Shah gets Home portfolio
Changing the dynamics of tobacco financing, one investor at a time