The four members of the girl band Blackpink are a smash hit across the music world. The latest proof of their superstardom is that they have just reached the top of several music charts with their latest album, 'Born Pink' 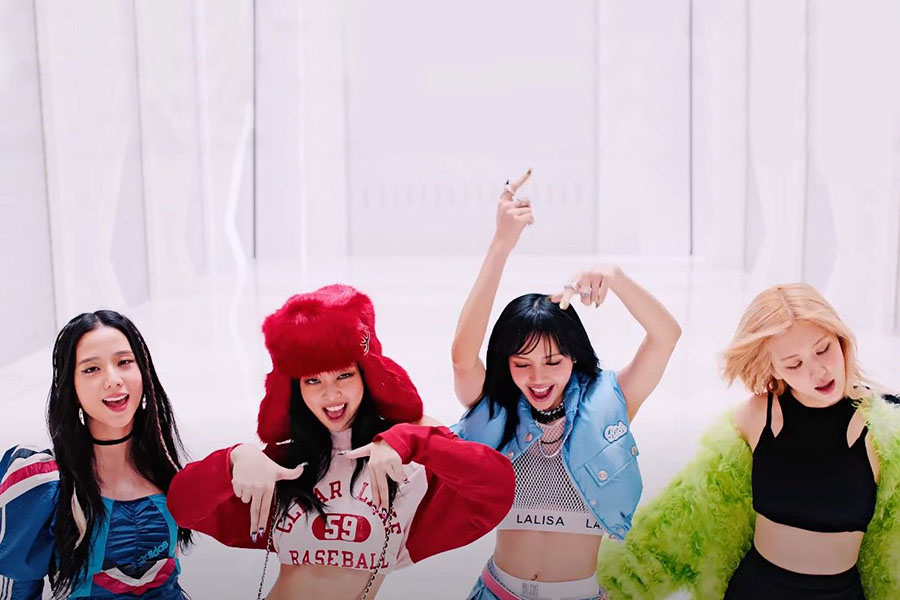 Within the space of just a few years, Blackpink has become one of the most iconic K-pop groups. The four members of the girl band are a smash hit across the music world. The latest proof of their superstardom is that they have just reached the top of several music charts with their latest album, "Born Pink."

Blinks have had to wait two years before their idols, Blackpink, released a second studio album. The South Korean girl band unveiled the eight tracks that make up this new opus on September 16. Among them are "Pink Venom," whose video has achieved the best start of the year on YouTube, "Shut Down" and "Ready for Love."

And the quartet's fans seem to approve of this new offering, as "Born Pink" has topped the Billboard 200 chart. The group sold 102,000 album-equivalent units [a measurement that includes song streams and downloads in addition to traditional record sales] in the US in the week ending September 22, according to Billboard. Blackpink becomes the first girl band to achieve such a feat since Destiny's Child in 2008.

In yet another feat, "Born Pink" allowed Rosé and her three bandmates to reach the top spot of the Official Albums Chart in the UK. Something never before achieved by a K-pop girl band. The only K-pop band to have also succeeded to that rank is BTS, which hit the top of the British music chart with their albums, "Map of the Soul: 7" and "Map of the Soul: Persona."

Blackpink's success is not surprising. The powerful South Korean record company YG Entertainment created this girl band with such chart domination in mind. Jisoo, Jennie, Lisa and Rosé teamed up in 2016, after training in a kind of academy for years. There, they honed their singing, rapping and dancing skills while competing with a dozen other young women who also aspired to become K-pop stars. "Somebody would come in with a piece of paper and stick it on a wall, and it would say who did best, who did worst, who's going home," Jennie told Billboard in 2019.

Since then, everything seems to be rosy for Blackpink. The quartet's debut album, titled "The Album," reached #1 on the iTunes charts in 57 regions around the world. It also stayed on the prestigious Billboard 200 chart for 26 weeks, a first for a K-pop girl band.

Their popularity is due to their fans, the Blinks, and social media. Lisa, the youngest of the group, is also the most followed with 79.8 million followers on Instagram. However, all four of Blackpink's stars have considerable influence, including in fashion. Lisa is the face of Celine, Jisoo of Dior, Jennie of Chanel and Rosé of Saint Laurent and Tiffany. The ultimate accolade: Lisa even appears in the video that Celine made to present its spring-summer 2022 collection.

On the heels of BTS

The young women will cement their superstar status by touring concert halls around the world starting October 15. According to YG Entertainment, this will be the most important international tour ever done by a female K-Pop group.

There's every indication that Jisoo, Jennie, Lisa and Rosé are becoming pillars of Korean soft power, just like their male counterparts in BTS. The superstars of the boy band phenomenon recently made headlines after announcing their separation. They explained their decision by citing the pressures of fame and their desire to focus on their solo careers.

Luckily for K-pop fans, members of Blackpink don't seem ready to put their meteoric rise on hold. The documentary that Netflix dedicated to them, "Blackpink: Light Up the Sky," shows the many sacrifices they have made to get to this point. And they are certainly continuing to do so with just a few weeks to go before the start of their world tour.