In South Korea's footsteps: China is looking to music to impose its soft power

Tencent Music Entertainment has recently partnered with Billboard to launch the "Chinese Music Gravity" project. The aim is to promote Chinese artists internationally 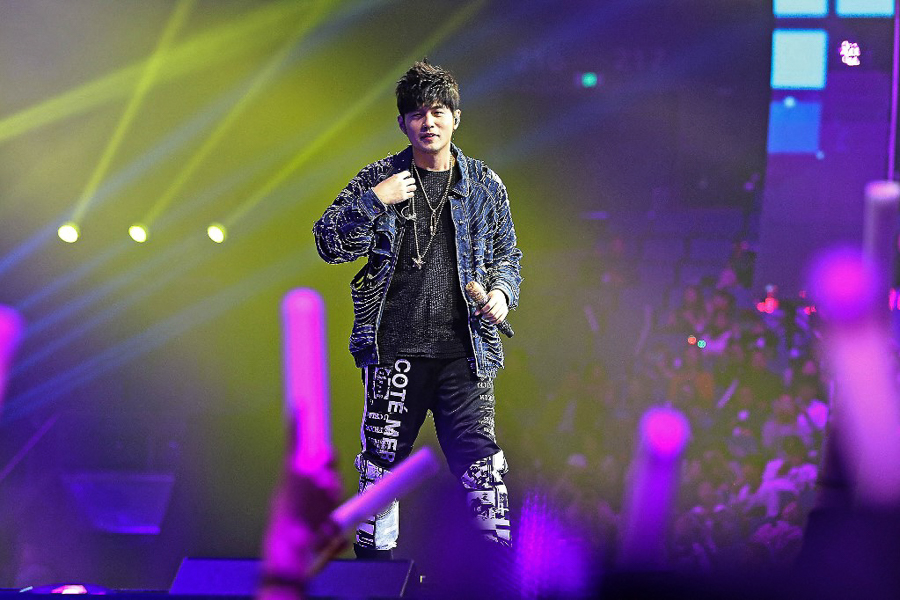 The most beloved Chinese pop star of the last decade, Jay Chou, a singer-songwriter in the alt-rock style,  performs at a shopping festival gala in Shanghai.
Image: STR / AFP

South Korea has become a model of "soft power" thanks to K-pop. Its neighbor and rival, China, hopes to do the same with its own music productions. To this end, Tencent Music Entertainment has recently partnered with Billboard.

The alliance leverages the cutting-edge technologies developed by Tencent Music Entertainment (TME) and the renown of the Billboard brand to promote Chinese artists internationally. To achieve this, the two organizations will soon launch the "Chinese Music Gravity" project.

While details of this initiative are still scarce, Billboard's music articles and rankings will be available on the various platforms managed by Tencent's music arm. Among them are QQ Music, its most popular application in China, Kugou Music, Kuwo Music and WeSing.

For Billboard, this strategic partnership with TME is an opportunity to consolidate its presence in the Asian market. The group launched an international Mandarin edition in August, following Billboard Japan and Billboard Korea. A wise choice given that China is the sixth largest music market in the world, according to the International Federation of the Phonographic Industry (IFPI).

The "Chinese Music Gravity" project is an example of Tencent's intention to make music a new area of growth, at a time when the Chinese tech giant is experiencing some financial difficulties. And this initiative with Billboard isn't its first foray into music. The group signed a licensing agreement with Universal Music in 2017. That same year, it also made a minority stake swap with Spotify to capitalize on the global growth of music streaming.

C-pop struggles to get an international footing

Overall, the music market is performing well in China. Especially as authorities in the country are waging a war against piracy and copyright infringement. The Chinese spend, on average, 22 hours and 9 minutes per week listening to music, according to the IFPI. They spent only 17 hours and 7 minutes weekly on this activity in 2019. However it remains difficult to convince them to spend money on this listening habit, as many have become accustomed to pirating content. However, things are changing fast in China, with a strong group of actors combined with Beijing's desire to create entertainment giants that can compete with American soft power.

Also read: How ByteDance has its sights set on the music industry

There remains one final major obstacle: Chinese music doesn't export easily on an international level The language barrier has long been blamed, although the rise of K-pop has shown that fans can go beyond this limit in the right circumstances. For writer and musician Emma-Lee Moss, the problem is different. "While the Korean music industry pours money and research into exporting its music, C-pop considers China's musical tastes first. The most beloved Chinese pop star of the last decade, Jay Chou, is a singer-songwriter in the alt-rock style, which is nothing like the audacious, hyperactive synth-pop that makes waves abroad," she wrote in i-D magazine in 2015.

The Chinese digital ecosystem is also a hindrance for local artists who want to interact with their fans, whether they are in Europe, the United States or even Africa. A few, such as Jay Chou, G.E.M and Jackson Wang, have managed to make a name for themselves. Others, like Jason Zhang, are increasingly turning to "featuring" (or "feat" or "ft"° collaborations with other artists to make themselves known outside the borders of their native country. Nevertheless, C-pop is still far from being as popular as its South Korean cousin, K-pop. According to Tencent Music Entertainment and Billboard, it is only a matter of time.

Tweets by @forbesindia
Following US payrolls and G7 Russian energy cap, Bitcoin achieves a new September high
PraSaga awarded with the US patent for placing a full operating system onto blockchain