A new artificial intelligence tool, being developed by The Alan Turing Institute, aims to develop and test AI technology that can analyse the tigers' stripes in order to identify them 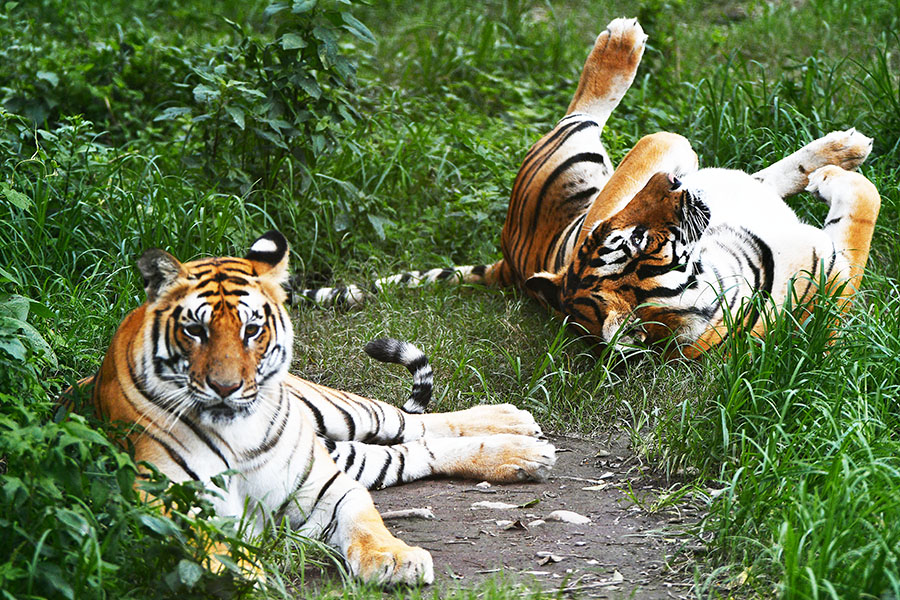 A tiger's stripes are as unique as human fingerprints Image: Prakash Mathema / AFP

In a town in northeastern Scotland, Debbie Banks looks for clues to track down criminals as she clicks through a database of tiger skins.

There are thousands of photographs, including of rugs, carcasses and taxidermy specimens.

Banks, the crime campaign leader for the Environmental Investigation Agency (EIA), a London-based charity, tries to identify individual big cats from their stripes.

Once a tiger is identified, an investigator can pinpoint where it comes from.

"A tiger's stripes are as unique as human fingerprints," Banks told AFP.

"We can use the images to cross-reference against images of captive tigers that might have been farmed."

Currently this is slow painstaking work.

The project aims to develop and test AI technology that can analyse the tigers' stripes in order to identify them.

"We have a database of images of tigers that have been offered for sale or have been seized," Banks said.

"When our investigators get new images, we need to scan those against the database.

"At the moment we are doing that manually, looking at the individual stripe patterns of each new image that we get and cross-referencing it against the ones we have in our database."

It is hoped that the new technology will help law enforcement agencies determine where tiger skins come from and allow them to investigate the transnational networks involved in trafficking tigers.

Once the officials know the origins of confiscated tiger skins and products, they will be able to tell whether the animal was farmed or poached from a protected area.

Poaching, fuelled by consumer demand, remains a major threat to the survival of the species, according to the EIA.

Tiger skins and body parts are sought after, partly due to their use in traditional Chinese medicine.

An estimated 4,500 tigers remain in the wild across Asia.

"Tigers faced a massive population decline in the last 120 years, so we want to do everything we can to help end the trade in their parts and products, including tiger skins," Banks said.

Anyone with photographs of tigers is invited to submit them to the EIA to help bolster the AI database.

"We are inviting individuals—whether they are photographers or researchers and academics—who may have images of tigers where their stripe patterns are clear," Banks said.

"They could be live tigers, dead tigers or tiger parts.

"If they can share those with us, the data scientists can then develop, train and test the algorithm," she said.

"We need thousands of images just to do that phase of the project."

Tweets by @forbesindia
3 cloud providers accounting for over two-thirds of Ethereum nodes
Photo of the day: Season of festivals begins