Modern sea level rise may have begun in 1863, study finds

Rising levels of seas and oceans is a tipping point of particular concern to climatologists. The threat is such that by 2050, cities like New York or Venice could be submerged 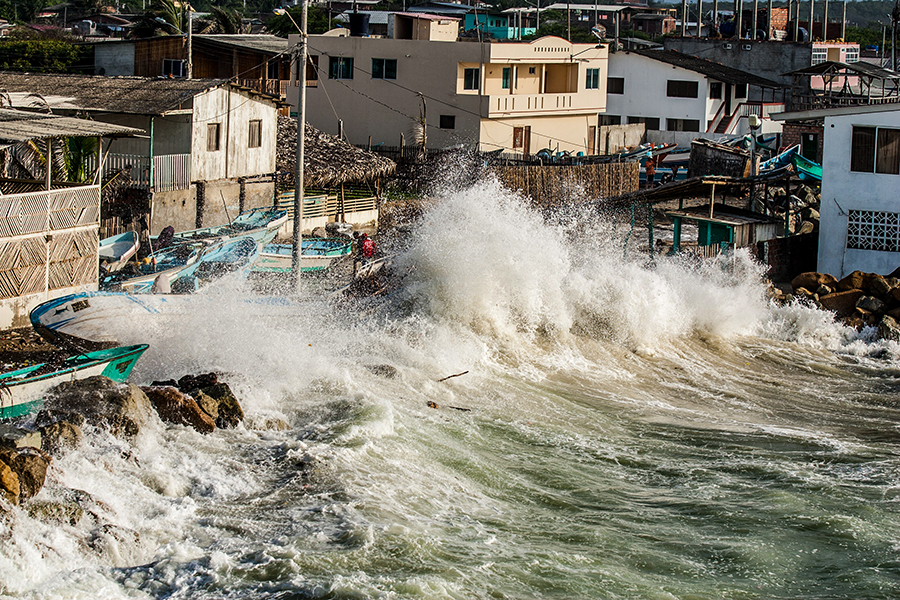 The rising levels of the seas and oceans is a tipping point of particular concern for climate scientists.
Image: Glenn R. Specht-grs photo / Shutterstock

It's well known that the rise in sea levels is linked to climate change. But the phenomenon might have begun all the way back in 1863, the time when the industrial age intensified, according to an international team of scientists.

Rising levels of seas and oceans is a tipping point of particular concern to climatologists. The threat is such that by 2050, cities like New York or Venice could be submerged.

And it seems that the phenomenon is nothing new. According to a new study published in Nature Communications, it could even date back to 1863, the period when the industrial age intensified and the first signs of ocean warming and glacier melting appeared.

The research was conducted using a global database of sea level records over the past 2,000 years. By identifying when rates of sea level rise exceeded their natural variability, the researchers were able to determine the beginning of a significant period of climate change.

"At individual sites in the United States, modern rates emerged earliest in the mid-Atlantic region in the mid to late 19th century, and later in Canada and Europe, emerging by the mid-20th century," notes the study.

"We can be virtually certain the global rate of sea-level rise from 1940 to 2000 was faster than all previous 60-year intervals over the last 2,000 years," said Jennifer S. Walker, lead author of the study and postdoctoral associate at Rutgers University-New Brunswick.

To better predict the evolution of sea level rise (both globally and regionally), the statistical model used in this research could be applied to a larger number of individual sites. "Having a thorough understanding of site-specific sea-level changes over long timescales is imperative for regional and local planning and response to future sea level rise," concludes Jennifer S. Walker.