Tokens, NFTs: The blockchain universe looks to capitalise on Will Smith's Oscars slap

Will Smith's Oscars slap of Chris Rock on Sunday evening has inspired a frenzy of activity among cryptocurrency creators, who seem to have no qualms when it comes to parody 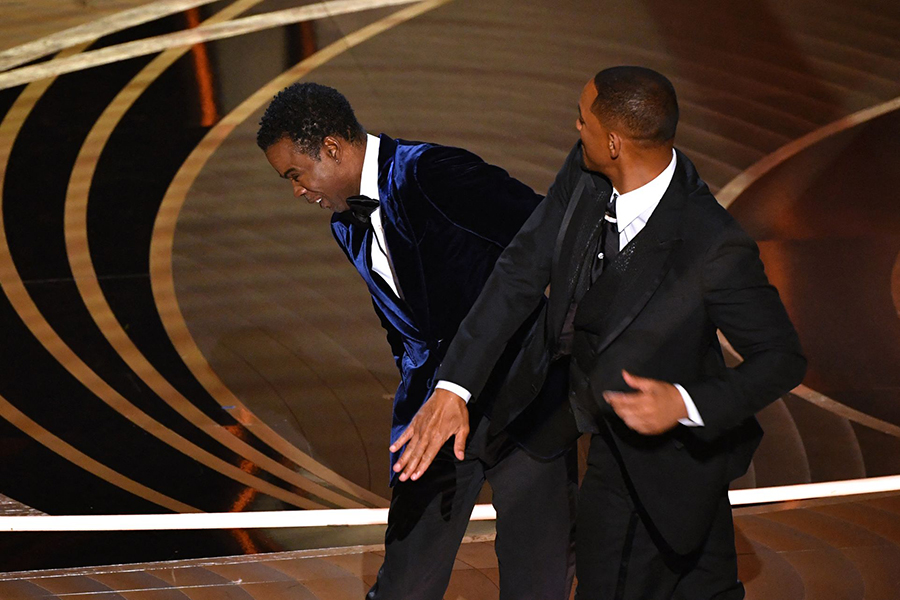 Blockchain creators couldn't resist getting in on the attention surrounding Will Smith's slap of Chris Rock. Image: Robyn Beck / AFP

After an ocean of memes swept through social networks, Will Smith's Oscars slap of Chris Rock on Sunday evening has inspired a frenzy of activity among cryptocurrency creators, who seem to have no qualms when it comes to parody. But all joking aside, would-be investors should beware as this kind of financial move seems downright dangerous.

It seems like a phenomenon that we'll have to get used to. After the avalanche of memes, discussions and analyses of Will Smith slapping Chris Rock at the Oscars, blockchain creators have jumped on board the movement to see if they can surf on all the attention and make a tidy profit in the process. A few hours were all it took  to see several initiatives emerge. The day after the ceremony, a cryptocurrency and a token, the "Will Smith Inu," became available on several exchange platforms. The exchange volume of the currency reached as much as $3.7 million within 24 hours. Since then the price of the currency has already dropped considerably, which is often the case for such currencies linked to memes.

Of course, parodies in the form of NFTs are part and parcel of the blockchain world. A DAO (decentralized autonomous organization) is already organizing a sale of NFTs on this event. The digital works, collected under the name Will Smith Slap DAO, show the moment actor Will Smith slaps comedian Chris Rock or his reaction to the joke about his wife's condition with meme text (often cryptocurrency slang) and different border colors.

While prices are unlikely to reach Bored Ape Yacht Club levels, there more than 2,000 digital items have been minted and the volume is still climbing. At the time of writing, the collective had sold 13.8 ethers, or roughly $47,000 at current prices. While these NFTs are currently still being traded on OpenSea, the main marketplace, that may not last as OpenSea has very strict policies regarding such projects, which very often turn out to be scams.

And that's what any potential investor has to be ultra vigilant about. Because while these kinds of NFTs may momentarily seem like a good investment, unless they are purchased and then quickly resold at a high price—thus taking advantage of the craze, which often is over in a flash, it is better to invest in more worthy projects. Because once the hype dies down, these types of NFTs and cryptocurrencies are likely to lose all their value.

Tweets by @forbesindia
Ukraine war could be death knell for many British fish and chips shops
From Jeff Koons to Sacha Jafri, artists are now on a mission to conquer space