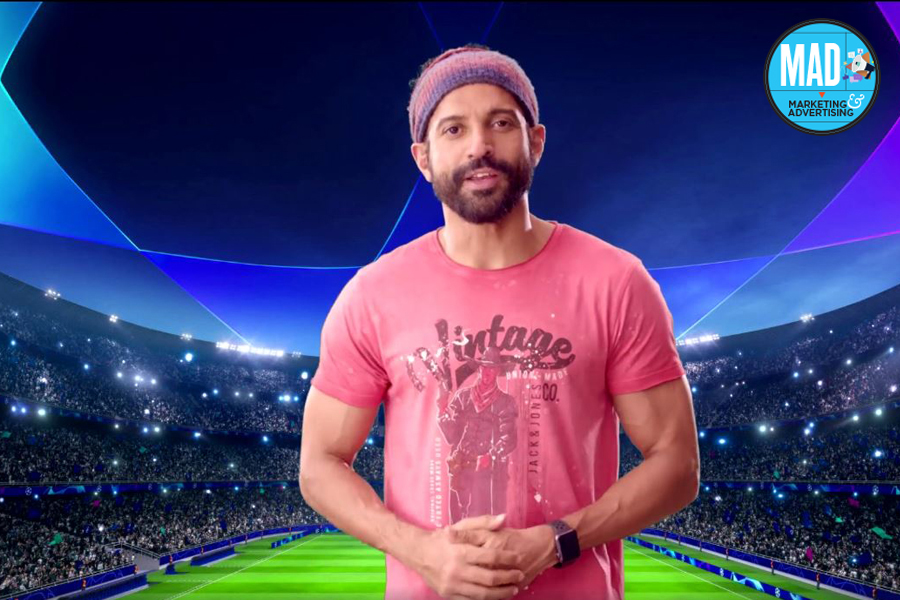 To bring more eyeballs to the UEFA Champions League football tournament, Sony Pictures Sports Network has roped in actor-director Farhan Akhtar for a marketing campaign, which will involve Akhtar travelling to Madrid to watch the tournament finals on June 1. Akhtar, a football fan himself, says it’s an event he will tick off his bucket list. “It’s been a dream to watch the Champions League finals for many years now, and it’s finally coming true. No matter what I expect, it will surpass my expectations.”
To popularise the league in India, Sony launched a campaign called ‘My Reasons to Watch UEFA Champions League’, building up to the tournament’s knockout stage. It focuses on seasoned fans as well as occasional football viewers, who recount their reasons for watching the UEFA Champions League.

Apart from football and cricket, the network is now focusing on international sporting events such as WWE, UFC, NBA and Moto Grand Prix motorcycle racing. Last year, it streamed the Commonwealth games, Asian Games and Australian Open as well. It has gained exclusive viewing rights for the 2020 Summer Olympics in Tokyo. This year, the network has partnered with PVR Cinemas for the first time to screen the finals live on screens across five cities in India: Mumbai, New Delhi, Pune, Kolkata and Chennai. “The tournament experienced a considerable jump in viewership, and we have seen a 79 percent growth over the previous season, a testament to its popularity,” adds Kaul.

Tweets by @forbes_india
How to feel authentic while building your personal brand
Bansi Raja: In a happy place