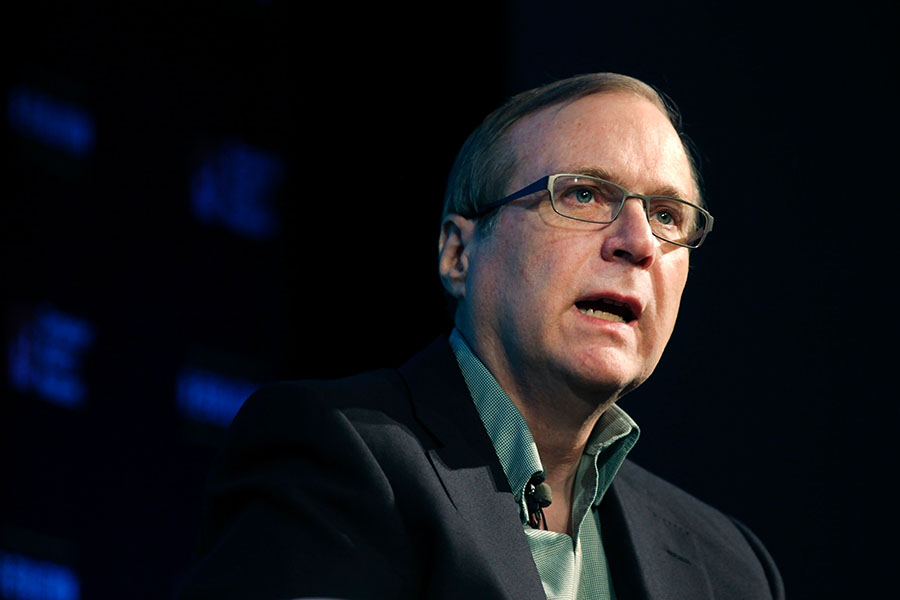 In the art world’s latest eye-popping development, Christie’s auction house announced Thursday that it would sell the impressive art collection of Microsoft co-founder Paul Allen, who died in 2018. The trove, which includes masterpieces by Pierre-Auguste Renoir and Roy Lichtenstein, has an estimated valued of more than $1 billion. Photo by Kim Kulish/Corbis via Getty Images

In the art world’s latest eye-popping development, Christie’s auction house announced Thursday that it would sell the impressive art collection of Microsoft co-founder Paul Allen, who died in 2018. The trove, which includes masterpieces by Pierre-Auguste Renoir and Roy Lichtenstein, has an estimated valued of more than $1 billion.

The sale of more than 150 artworks spanning 500 years — to take place on an undetermined date in November — would be the largest in auction history. Christie’s said it would dedicate all the proceeds to philanthropy, as Allen directed.

“It’s a major event for the art market and for the art world,” Guillaume Cerutti, CEO of Christie’s, said in a telephone interview. “The fact that it embraces five centuries of great art — from Botticelli to David Hockney, plus, of course, the very inspirational figure of Paul Allen, plus the fact that the sale is dedicated to philanthropy — we are really moved by this extraordinary project we are on. It’s something that’s very special.”

Despite continuing economic fallout from the pandemic, an overseas war and spiking inflation, the art market has continued to surge, proving — as it always seems to — that the wealthiest collectors are largely insulated from the world’s turmoil. The market in 2021 generated $65.1 billion, according to the annual survey published by Art Basel and UBS.

In May, Andy Warhol’s 1964 silk-screen of Marilyn Monroe’s face, “Shot Sage Blue Marilyn,” sold for about $195 million to an unknown buyer at Christie’s in New York, making it the highest price achieved for any American work of art at auction.

Earlier this year, the second cache of modern and contemporary works owned by real estate magnate Harry Macklowe and his former wife Linda Macklowe helped Sotheby’s achieve a record sale for a private collection of art at auction, $922 million.

In 2018, the treasures of David and Peggy Rockefeller set a high of $833 million for the most valuable private collection sold at auction, surpassing the $443 million total (revised in 2013) for the Yves Saint Laurent collection in 2009.

Among the highlights of the works from the Allen estate that will be for sale is Jasper Johns’ acrylic-and-paper collage “Small False Start” (1960), estimated to bring more than $50 million, and Paul Cézanne’s “La Montagne Sainte-Victoire” (1888-90), estimated at more than $100 million. But there are also several old masters. Other details of exactly which works would be offered were not available.

“This is an extremely focused vision,” Alex Rotter, chair of Christie’s departments specializing in sales of 20th- and 21st-century art, said of Allen’s collection. “Landscape and figuration are definitely dominant.”

Allen, who founded Microsoft Corp. with Bill Gates, caught the art bug after being captivated by J.M.W. Turner’s romantic seascapes and Lichtenstein’s pop paintings on a visit to the Tate Britain in London.

He pursued his interest in visual art with the same passion he brought to music; in 2000, Allen founded the Experience Music Project — now the Museum of Pop Culture — where he displayed items such as guitars owned by Jimi Hendrix in a Seattle building designed by Frank Gehry.

Allen lent artworks to major museums and galleries, populating shows with his personal holdings. The exhibition “Seeing Nature,” organized by the Portland Art Museum, the Seattle Art Museum and the Paul G. Allen Family Collection in 2016, included pieces by Vincent van Gogh, Edward Hopper and Gustav Klimt. Among the highlights was Jan Brueghel the Younger’s 17th-century allegorical paintings of the five senses.

“To live with these pieces of art is truly amazing,” Allen told Bloomberg in 2015. “I feel that you should share some of the works to give the public a chance to see them.”

“Double Take: From Monet to Lichtenstein,” presented at his pop-culture museum in 2006, paired impressionist works with old masters, modern and contemporary pieces. Van Gogh’s 1888 “Orchard With Peach Trees in Blossom” was juxtaposed with Max Ernst’s 1940 “Landscape With Lake and Chimeras”; a Willem de Kooning 1975 untitled abstract was matched with Claude Monet’s 1919 “Water Lilies.”

Allen also treated art as an important investment. At Christie’s in 2016, he was the anonymous buyer of Monet’s 1891 canvas of a haystack for $81.4 million, at the time an auction record, according to Bloomberg.

That same year, he sold a painting of an American fighter jet screaming across the sky by Gerhard Richter for $25.6 million, more than double the $11.2 million he paid a decade before, and in 2014, he sold a Mark Rothko painting for $56.2 million, for which he had paid $34.2 million in 2007.

Allen made a point of bringing culture to Seattle, partly in an effort to make art accessible to more people. He started the Seattle Art Fair at the city’s football stadium, home to the NFL’s Seattle Seahawks, which Allen also owned. His investment company, Vulcan, also commissioned public-art projects in the city and supported local artists.

“Paul truly understood the power and significance of art and was always happy to share that experience with others,” Jody Allen, executor of the Paul G. Allen Estate, said in a statement. “I am very pleased to have this unparalleled collection in the hands of Christie’s world-class operation to lead its safe passage to new collectors around the world.”