The Swiss banking giant announced its much awaited 'transformation' plan, which includes revamping its investment banking business, slashing 9,000 jobs, and a capital injection. The plan sent the bank's stock tumbling 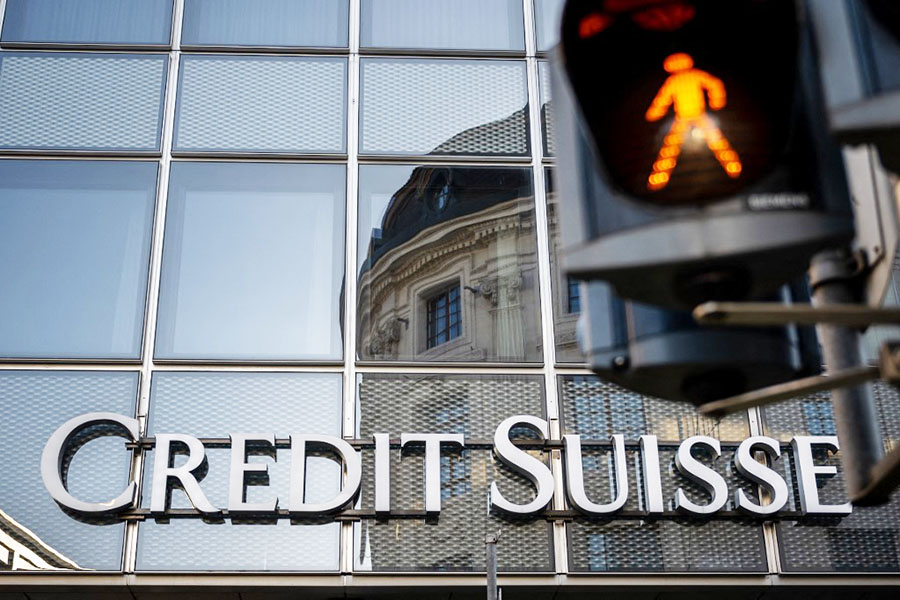 Credit Suisse launched a new strategy intended to repair the damage following a series of scandals, saying it wanted to create "a simpler, more focused and more stable bank".

"We all know Credit Suisse is at a critical point in its history," chairman Axel Lehmann said.

For months, if not years, it has been "overshadowed by various issues", while he acknowleged that the 166-year-old institution had become unfocused.

"We need to draw a line," he insisted.

Lehmann said the reassessment of the bank's direction included "a radical strategy and a plan to create a stronger, more resilient and more efficient bank with a firm foundation".

The Zurich-based bank revealed it was going for a "radical restructuring" of its investment bank, an accelerated cost-cutting effort, and strengthened and reallocated capital, "all of which are designed to create a new Credit Suisse".

The group's shares slid on the announcements, closing down 18.6 percent on the Swiss stock exchange's main SMI index at 3.877 Swiss francs.

"The reaction is negative, which is not good. I think the markets were expecting more drastic things," Carlo Lombardini, a professor of banking law at the University of Lausanne, told AFP.

"The bank is not going to go bankrupt... but the question is how it will generate income in a difficult market".

The Saudi bank will thus take a stake of up to 9.9 percent, becoming a chief shareholder alongside the US company Harris Associates (10.05 percent) and the sovereign wealth fund of Qatar (5.03 percent).

He told AFP it was a "very good message" for customers and creditors.Also read: Credit Suisse preps 'transformation plans' to restore confidence

The Ethos foundation, which represents pension funds in Switzerland, welcomed that bank "finally seems to have understood that it was necessary to stop the investment banking".

However, it criticised the Saudi injection, telling AFP that the current shareholders "have suffered a very significant dilution effect".

Credit Suisse will refocus on its most stable activities — wealth management and Swiss banking — and reduce its merchant banking.

It will revive its First Boston brand, named after an US investment bank it absorbed in 1990, where its capital market and advisory activities will be brought together.

"Resolute execution and no further mis-steps will be key and it will take time until results will begin to show," he said.

Analysts at the US investment bank Jefferies said the capital raise was "larger than we thought it would be, and third quarter results show another quarter-on-quarter deterioration in momentum that we find concerning, though not very surprising".

Credit Suisse's capital-guzzling investment banking arm has been the source of heavy losses which plunged Credit Suisse's accounts into the red — eclipsing its more stable activities such as wealth management or its Swiss domestic banking services.

It was hit by the implosion of US fund Archegos, which cost Credit Suisse more than $5 billion.

Meanwhile its asset management branch was rocked by the bankruptcy of British financial firm Greensill, in which some $10 billion had been committed through four funds.

Credit Suisse is one of 30 banks globally deemed too big to fail, forcing it to set aside more cash to weather a crisis.

While many industry experts think a bankruptcy highly improbable, these rumours helped drag its share price down to a low of 3.158 Swiss francs on October 3.