In many cases, Microsoft has paid zero tax in recent years by moving profits to companies tax-domiciled in Bermuda and other well-known tax havens while it continues to receive taxpayer money 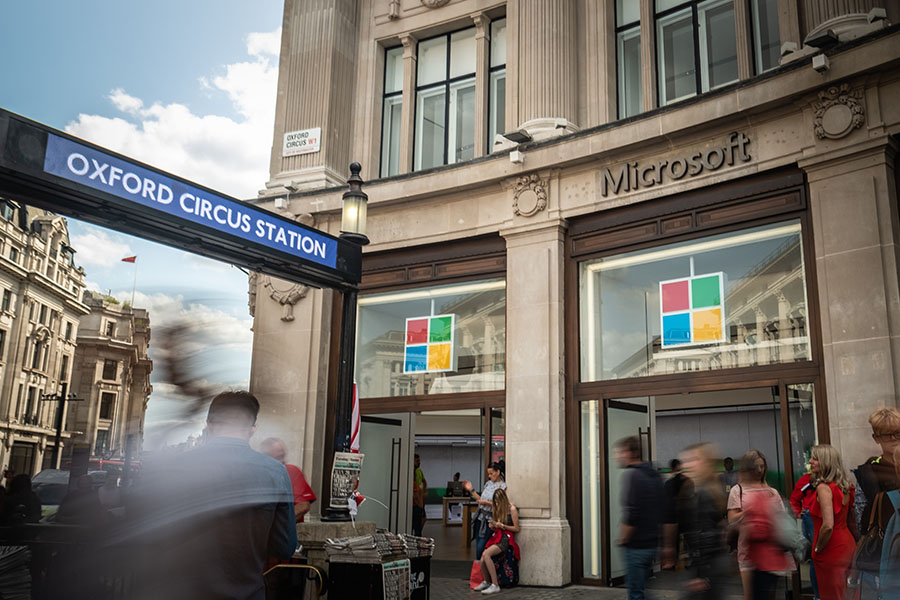 Tech giant Microsoft has avoided billions in taxes in Britain, Australia and New Zealand, all countries where it has lucrative public sector contracts, because of its complex corporate structure, a study published Thursday claimed. Photo: Shutterstock

London, United Kingdom: Tech giant Microsoft has avoided billions in taxes in Britain, Australia and New Zealand, all countries where it has lucrative public sector contracts, because of its complex corporate structure, a study published Thursday claimed.
The company, which insists it respects local laws and regulations everywhere it operates, was starving the public purse of much-needed revenue while receiving taxpayer cash, the Center for Corporate Tax Accountability and Research (Cictar) said.
"In many cases, Microsoft has paid zero tax in recent years by moving profits to companies tax-domiciled in Bermuda and other well-known tax havens," Cictar said in a statement.

According to the study, Microsoft Global Finance—an Irish subsidiary that has tax resident status in Bermuda—consolidated more than $100 billion in investments and, despite an operating profit of $2.4 billion, paid no tax in 2020.
In another example, Microsoft Singapore Holdings posted profits from dividends of $22.4 billion in 2020 but announced a tax liability of just $15.
"Microsoft boasts of profit margins of over 30 percent to its shareholders. Yet, in the UK, Australia and New Zealand, filings show returns of three to four percent," said Jason Ward, an analyst with the organisation.
"It does not seem credible that these wealthy markets are underperforming so dramatically," he said, calling "this type of discrepancy... a huge red flag for tax avoidance".
"Microsoft starves the public sector of much needed revenues" while it "makes billions as a government contractor, with contracts at all levels of government and in virtually every country", Cictar said.
In the past five years, Microsoft has signed public contracts worth at least $3.3 billion in Britain, the United States, Australia and Canada, according to the study.
Microsoft is under investigation by tax authorities in the United States and other countries, including Australia, and "more than 80 percent of its total foreign income is channelled through Puerto Rico and Ireland," the report said.
"In fiscal year 2021 and 2020, our foreign regional operating centres in Ireland and Puerto Rico," Microsoft said in its 2021 annual report.
"Taxed at rates lower than the US rate, (they) generated 82 percent and 86 percent of our foreign income before tax."
Contacted by the report's authors, Microsoft said it respected "all local laws and regulations" in the countries where it operates.
"We serve customers in countries all over the world and our tax structure reflects that global footprint," the company said in a statement.
© Agence France-Presse