Are "quiet quitters" merely trying to draw boundaries in pursuit of a reasonable work-life balance, more associated with a European lifestyle than with always-on US work culture? America is debating 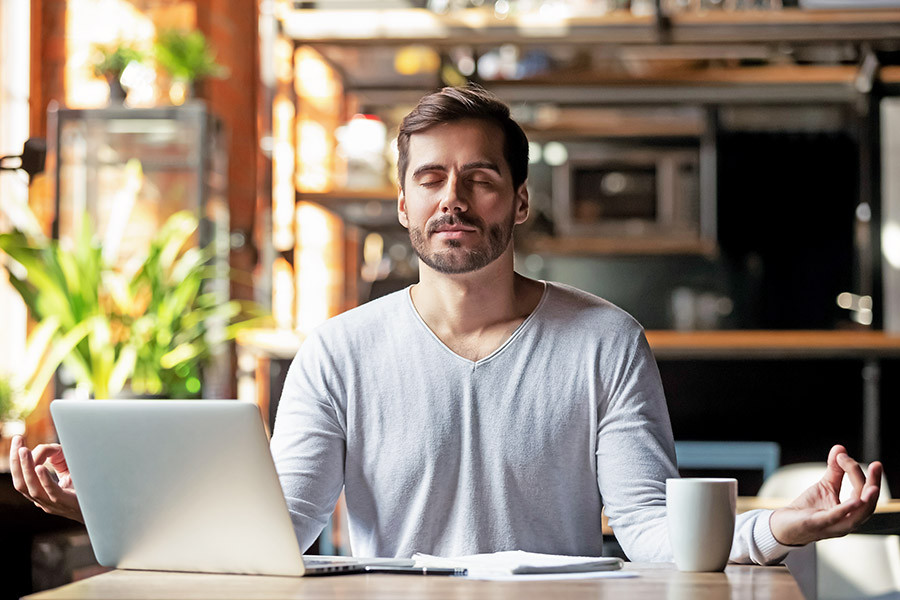 They are drawing a line at the 40-hour work week, limiting after-hours calls and emails and generally, if softly, saying "no" more often—some American workers are embracing the concept of "quiet quitting" as they push back against what some see as the stifling trap of constant connectivity.Maggie Perkins—who lives in Athens, Georgia—was racking up 60-hour weeks as a matter of course in her job as a teacher, but the 30-year-old realized after her first child was born that something was wrong.

"There's pictures of me grading papers on an airplane on the way to vacation. I did not have a work-life balance," Perkins explains in a TikTok video about how she chose—though she did not have a name for it back then—to begin "quiet quitting."
Perkins told AFP she eventually left her job to pursue a PhD, but remains an advocate for her former colleagues—producing videos and podcasts with practical tips on making their workload fit inside their workday.
"Adopting this 'quiet quitting' mindset really just means that you are establishing a boundary that helps you to do your job when you are paid to do it—and then you can leave that, and go home and be a human with your family," she says.

The buzzword seems to have first surfaced in a July TikTok post.
In the words of user @zaidleppelin, "You're not outright quitting your job but you're quitting the idea of going above and beyond. You're still performing your duties but you're no longer subscribing to the hustle culture mentality that work has to be your life."
That post went viral, drawing nearly a half-million likes. Responses bubbled over with a sense of shared resentment—and newspaper columnists spilled ink all summer trying to decipher the phenomenon.
For the debate soon erupted: Are "quiet quitters" merely trying to draw boundaries in pursuit of a reasonable work-life balance, more associated with a European lifestyle than with always-on US work culture?
Are they slackers with a trendy new name? Or are they people at genuine risk of burnout—who would do best to quit outright?
Data suggests the need for greater balance is real.
On-the-job stress rose from 38 percent of those polled in 2019 to 43 percent the following year as Covid-19 upended the world of work, Gallup found, with women in the United States and Canada facing the most pressure.
Also read: Gig economy: The possibility of building a dynamic, flexible, and inclusive workforce is coming alive
Similar dynamics helped fuel the "Great Resignation"—the surge in employees leaving or switching jobs amid pandemic-related pressures.
Many "quiet quitters" say they are perfectly willing to work hard, but only for the hours the job is meant to entail. Their motto: "act your wage."
Some observers are skeptical, of course, contending that offices have always had their share of clock-watchers and prickly workers claiming certain tasks are not their responsibility.
Going further, Arianna Huffington, founder of the Huffington Post, panned the phenomenon as "a step toward quitting on life."
But former US labor secretary Robert Reich summed up the—forceful—counterargument, saying "Workers aren't 'quiet quitting.' They're refusing to be exploited for their labor."

A case in point: the experience of Bess, who asked not to be identified by her real name, illustrates how Covid allowed some jobs to spill far outside their normal boundaries.
She was hired shortly before the pandemic in a job originally meant to involve regular trips to Germany.
But, she told AFP, Covid left her stuck in her New York apartment, having to take phone calls as early as 3:00 am due to the time difference.
Out of self-preservation, she began to dial back her efforts—which her American friends had trouble understanding.
"There is that stigma—you put your blood, sweat and tears into your job in the US, and if you don't work, you don't deserve to be here," she said.
Also read: Can the workation really work?
"After six months of dread," Bess explains, she simply stopped answering emails for several weeks—and ultimately parted ways with her company.
Philip Oreopoulos, a labor economist at the University of Toronto, said one solution is better communications to clarify employer expectations before accepting a job.
"If you need to be on call at home, then they should clearly state that," he said.
And if things do get out of hand—and quiet quitting won't fix the problem—aggrieved workers do have one asset to fall back on: a historically low unemployment rate.
"Come to an employer and say, 'I have an opportunity with another firm and I'm thinking of taking it,'" Oreopoulos said. "It's a good time in general to be asking for a raise."
By Brian KNOWLTON
© Agence France-Presse

Tweets by @forbesindia
Artemis: NASA shoots for the Moon, on its way to Mars
Inside our 2022 agri-tech special