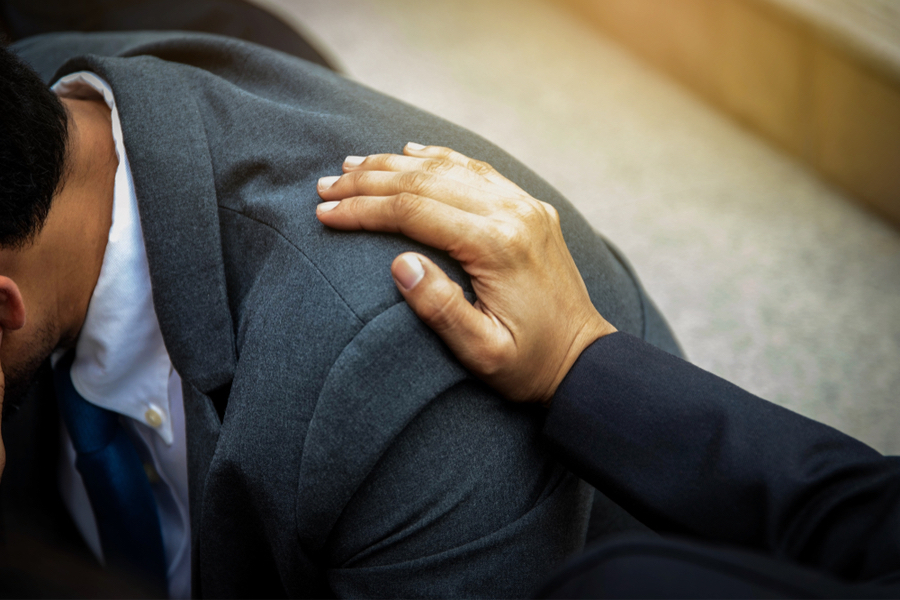 Research shows that the trust-building effect of emotional acknowledgment is not always dependent on correctly interpreting emotions, particularly when positive feelings are misread
Image: Shutterstock

Alisa Yu first became intrigued with emotional acknowledgment while interviewing nurses working in the Pediatric Intensive Care Unit at Lucile Packard Children’s Hospital at Stanford. The nurses told her that verbally acknowledging their young patients’ fears and stress created trust, which enabled them to do their jobs more effectively. “From then on, I began to see emotional acknowledgment everywhere,” recalls Yu, a PhD candidate in organizational behavior at Stanford Graduate School of Business.

This realization prompted Yu to team up with Justin Berg, an assistant professor of organizational behavior at Stanford GSB, and Julian Zlatevopen in new window, an assistant professor of business administration at Harvard Business School, to conduct a series of studies exploring the effects of emotional acknowledgment in the workplace. Their findings, published in May in Organizational Behavior and Human Decision Processes, illuminate a straightforward yet powerful technique leaders can use to build trust with their employees.

Emotional acknowledgment is the simple act of noticing a nonverbal emotional cue — like a frown or grin — and mentioning it. This mention can be a question or a statement such as “You look upset,” or “You seem excited.”

The authors borrow from costly signaling theory, a concept proposed by evolutionary biologist Amotz Zahavi in the 1970s, to suggest that this small act can have a powerful effect because it is read as a sign of genuine intentions. As an example, Zahavi argued that when peacocks fan out their tails to attract mates, it is an “honest signal” of their reproductive fitness. That’s because the colorful display also attracts predators, a potentially fatal risk for weaker peacocks.

Similarly, Yu and her coauthors argue that in a work environment, a supervisor who shows concern for others’ emotional state is signaling a willingness to get involved in a potentially messy situation. “A leader could very easily see someone in distress and choose to ignore it,” Yu says. “But only a leader who truly is benevolent and cares about employees would risk getting involved by voluntarily acknowledging the distressed employee. Thus, employees might take this as a signal that this leader is someone who can be trusted with their well-being.”

More than a feeling

This is exactly what Yu, Berg, and Zlatev discovered in their research across six studies, which included a field study with hospital employees and experiments in which participants were shown videos of two actors demonstrating emotional acknowledgment in a workplace break room. Throughout the studies, participants reported higher levels of trust in people who engaged in emotional acknowledgment than those who did not.

“Our effect sizes are pretty robust,” says Yu. “There was a big trust gap between no acknowledgment and acknowledgment when expressers displayed positive emotions, but this gap was even more pronounced when expressers displayed negative emotions.” The latter finding isn’t surprising when viewed through the lens of costly signaling theory: Asking someone who seems unhappy about their emotional state engenders higher levels of trust because it is riskier and involves a greater investment of attention, time, and effort than asking someone who seems happy.

One of the studies’ unexpected findings is that acknowledging an employee’s emotional state is more powerful than only acknowledging the situation that produced the emotions. “It turns out that saying something like, ‘You looked upset after that meeting. How are you feeling about it?’ lands better than saying something like, ‘It looked like the meeting went poorly. How are you thinking about it?’ Yu explains. “People trust the person who acknowledges the emotion directly more than the person who acknowledges the situation. There’s just something special and unique about emotions — they are really core to a person’s inner experience and sense of self. So when we acknowledge emotions, we humanize and validate the person being acknowledged.”

Better to be wrong than silent

In another unanticipated finding, the research team shows that the trust-building effect of emotional acknowledgment is not always dependent on correctly interpreting emotions, particularly when positive feelings are misread. “I think there is a lay theory that inaccurate interpretation is punished,” Yu explains. “We found that if you are feeling negatively and I say, ‘Hey, you seem happy,’ there is a trust penalty. But if you are feeling positively and I say, ‘Hey, you seem upset,’ there was virtually no penalty. And that’s because even though you didn’t need my support, my willingness to call out a negative emotion signals a readiness for me to provide support to you.”

The benefits of emotional acknowledgment at work may stem in part from the fact that it isn’t a common practice among leaders. “Leaders experience a tension between being task oriented and people oriented. They need to get things done. There’s also some research that shows they see emotional support as falling outside of their formal job expectations,” Yu says. “So, there is evidence to suggest that leaders are not acknowledging emotions as much as they could. And even when they are doing it, I suspect that they are celebrating wins and acknowledging and amplifying positive emotions more than they are acknowledging pain or distress because it’s easier.”

Yu thinks this is a particularly good time for leaders to adopt emotional acknowledgment as a regular practice. Employees’ emotions may be especially significant right now: Many people are still struggling to manage their work/life balance after more than a year of pandemic-related disruptions. Those who have been working remotely may be uneasily anticipating the call to return to their workplaces and an uncertain future.

“The worst thing leaders can do when employees are feeling badly is to do nothing. If leaders want to signal care and build trust, they need to meet people where they are,” Yu says. “Our research suggests one way to do that is by proactively engaging in emotional acknowledgment because it grants employees the space and license to share their emotions.”