US panel weighs authorizing Covid vaccines for children under 5

Currently, children under five are the only age group not yet eligible for Covid immunization in the United States and most other countries 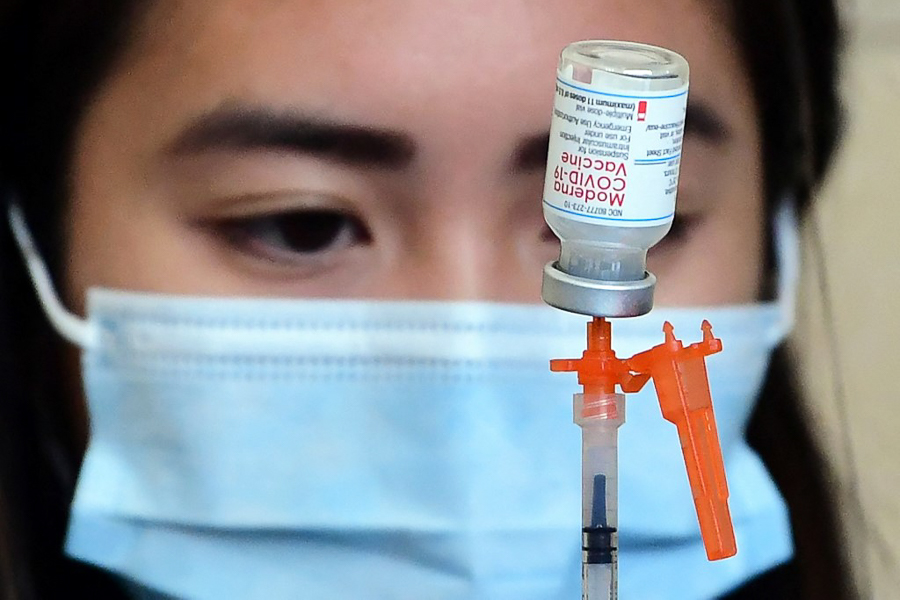 In this file photo taken on January 07, 2022, the Moderna Covid-19 vaccine is prepared for administration at Union Station in Los Angeles. (Image: Frederic J. Brown / AFP)

Washington, United States: After months of anxious wait for some parents, a panel of experts convened by the US Food and Drug Administration will meet Wednesday to weigh recommending Covid vaccines for the nation's youngest children.
Children under five are the only age group not yet eligible for Covid immunization in the United States and most other countries. If, as expected, panelists vote in favor of greenlighting the Pfizer and Moderna vaccines, formal authorizations should follow quickly, with the first shots in arms expected by next week.
Ahead of the meeting, the FDA posted its independent analyses of the two drugs, deeming both safe and effective. It also said there was a pressing unmet need to inoculate children in the age group since their rates of hospitalization and death "are higher than among children and adolescents 5-17 years of age."

Both vaccines are based on messenger RNA technology, which delivers genetic code for the coronavirus spike protein to human cells, training the immune system to be ready for when it encounters the real virus.
Pfizer is seeking authorization for three doses at three micrograms given to ages six months through four years, while Moderna has asked for the FDA to approve its vaccine as two doses of a higher 30 micrograms, for ages six months through five years.
They were tested in trials of thousands of children where they were found to have similar levels of mild effects to older age groups and triggered similar levels of antibodies.
Efficacy against infection was higher for Pfizer, with the company placing it at 80 percent compared to Moderna's estimates of 51 percent in the six-month-old to age two group and 37 percent in the two to five years age group.
But the figures are provisional and Moderna is studying adding a third dose later that may increase its figures.
There are some 20 million US children aged four years and under. If the FDA-appointed experts recommend the two vaccines, then the matter will go to another committee convened by the Centers for Disease Control and Prevention for a final say.
White House officials last week said the rollout of millions of shots at pharmacies and doctors' offices could begin as soon as June 21, following the Juneteenth holiday on June 20.
Of the total US Covid deaths, 480 have come in children under five, according to the latest official data.
Obesity, neurological disorders and asthma are associated with increased risk of severe disease, "however, a majority of children hospitalized for Covid-19 have no underlying medical conditions," the FDA said in a document.
Children can also go on to contract multisystem inflammatory syndrome in children (MIS-C), a rare but serious post-viral condition.
Data on long Covid in children is sparse, but the FDA's document cited a national survey in the United Kingdom which found that "among children ages two to 11 years who tested positive for COVID-19, 7.2 percent reported continued symptoms at 12 weeks."
© Agence France-Presse

Tweets by @forbesindia
Crypto Connect, LBank is set to organise a nationwide crypto road show
Why fantasy gaming is not gambling, by Amrit Mathur