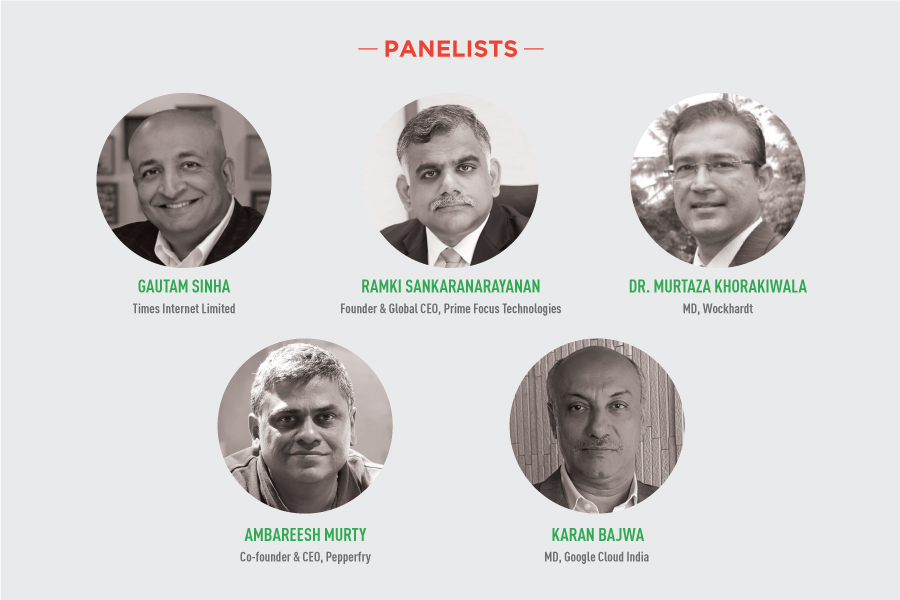 Over the course of the past few months, One CEO Club—a Forbes India initiative in partnership with Google Cloud India, has been hosting a series of virtual panel discussions featuring eminent CEOs. The central theme of these discussions has been how different businesses have navigated their way through the unprecedented lockdowns and their economic fallouts.

During these fascinating conversations, recurring insights that emerged included the need to ramp up on health infrastructure, the role technology has played in helping businesses adapting to new normal and how management lessons of the past have become redundant. Captains of industry also expressed how agility remains the key to survival and growth and how their organisations were becoming more sensitive to the needs and welfare of their employees.

With Forbes India Special Correspondent Manu Balachandran moderating the session, it was Murty who set the tone for the deliberations by recounting how his organisation tackled the crisis by learning to be more agile, simplifying processes, work patterns and taking steps to retain and engage customers.  “Yes, life has changed significantly. But it's an opportunity for us to become more learning-agile,” he said. “The faster we accept new things, the better we will be able to deal with the unfortunate but different circumstances, going forward. I believe that's at the core of every business.”

Bajwa concurred that Covid-19 has reshaped his thinking over the last four months by debunking many conventional assumptions he had about how businesses should function.  “This includes the fact that you need to travel to meet customers and be in office to be able to forge the right collaborations and inspire and engage employees.” He observed that productivity of employees has actually increased by working remotely. “And where employees are concerned, while the early hump was difficult, we've been able to catch their imagination in many different ways,” he said, pointing out that deployment of technology has become more democratised instead of tiered. Digitisation, he added, is the new core strategy.  “The current crisis is actually an opportunity for CEOs to get back to their offices, put everything on the table and re-imagine how they could change their businesses, while assuming they can start from scratch.”

As the head of an organisation that was digital-first since the pre-pandemic times, Sinha revealed that Covid-19 brought out a new aspect of remote working that businesses had not really factored in earlier. “Employees were never psychologically strengthened to work from home,” he said. “It's a complex issue wherein people like to work from home twice a week or thrice a week, but if you ask them to work from home for six months, the loneliness catches up. We need support systems to sustain the level of enthusiasm and productivity.”

He also pointed out that people in India are not really prepared for work from home. While they may have internet and devices, houses are not really designed for work from home. This can be quite trying, especially at a time when the entire family has to compete for space where they can work or learn, undisturbed. “Most of my properties actually benefited as people are stuck at home and seek out education, information and entertainment portals. However, properties like those related to real estate, such as Magicbricks, got adversely impacted,” he said, admitting that business had been a mixed bag so far.

Here, Sankaranarayanan said that while many activities dependent on new content creation were impacted in the media and industry space, customers utilized the lockdown situation to try and offer innovative and fresh content. “They're trying to go deep into their catalogues and sell more of what they have,” he said, adding that despite record media consumption during the lockdown, revenues have not kept up with consumption, making it a “tough climate from a customer standpoint”. Overall, he believed that his company would work hard to use technology for business continuation, ensure greater productivity and customer service. “It’s been a humbling experience for all of us and the learning that comes from all of this is that we will be far more conscious to be far less preposterous about anything,” he said.

Bajwa observed that Covid-19 will provide businesses with both opportunities and risks. “We will fundamentally change how we do things and reinvent everything from cost models and customer engagement to various other aspects of business. The risk is that we gravitate back to the old and leave ourselves vulnerable to the next big disaster by not learning from the current crisis.”

Drawing from his experience in the health care sector, Khorakiwala agreed that there is always a trade-off or a balancing act to be maintained. “We have to be adaptive in nature, in terms of controlling the infection, so that it does not overwhelm our health care system. However, this comes at the cost of suppressing economic and social activity.”

While he acknowledged that the working situation for businesses would be the same until a vaccine for the coronavirus is discovered, he saw hope in the fact that unmeasurable amounts of energy and effort have been invested in finding a cure at global level, in the shortest possible time, by numerous pharmaceutical and biotechnology companies, startups, universities, governments and funding agencies.

The panelists went on to discuss how technology was the mainstay around which the transition took place. They pointed out how customer preferences had rapidly shifted and digital was no longer a fringe but the primary, mainstream method of purchase. They touched upon sector-specific developments, like digitisation enabling the ability of media and content companies to monetise consumption, the role of technology in administering health care and fortifying pharma supply chains, and technology transforming every facet of organisations.

In conclusion, Karan Bajwa highlighted that the potential for absorption of technology is huge and people actually got a chance to embrace technology in a big way due to this unusual situation. This crisis has presented an opportunity to change consumption patterns to ensure technology reaches the bottom of the pyramid, both for businesses and consumers. “Now that they are using it, I'm sure that as things normalise, they will not go back to being the same as they were before,” he said.