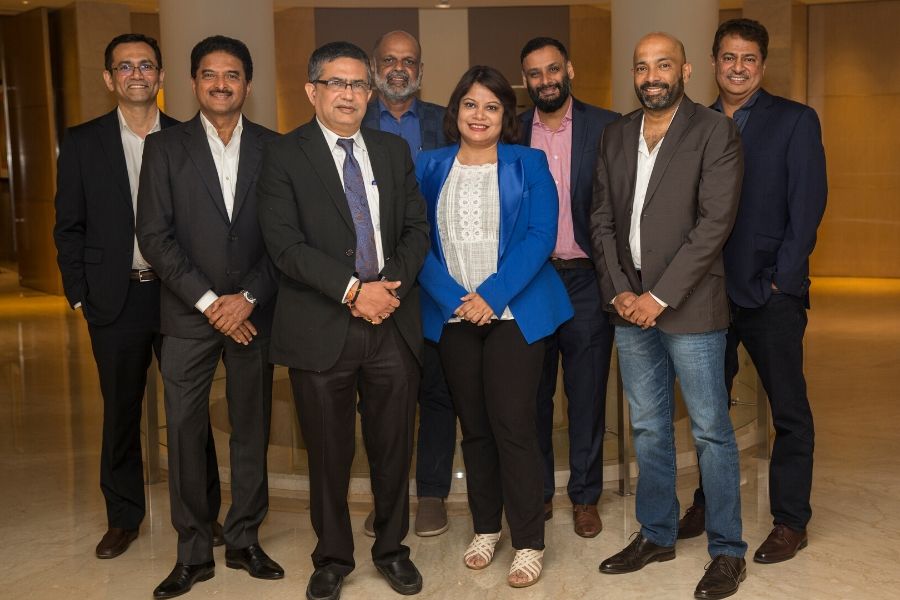 The 2010s ushered in an era of digital transformation. Across the spectrum of manufacturing and services, companies have invested billions of dollars to acquire digital capabilities and integrate technology into their businesses. According to IDC, worldwide spending on digital transformation has been USD 1 trillion in 2019 and this is expected to double by 2022.

Two decades down the line, in the era of the 2020s, the challenges that have emerged are how to derive a return on the huge investments made hitherto and how to use acquired technologies to overtake and stay ahead of competitors.

The Forbes India One CEO Club, in partnership with Google Cloud India, aims to address the most urgent issues with digital transformation. The first 2020 round table held in Mumbai brought together CEOs from both relatively young and well-established companies, from a range of business segments, to discuss related aspects. They shared their insights on the digital initiatives implemented by their respective organisations over the past decade and how they expected the digital landscape to pan out in the future.

It quickly became apparent that the extent, intensity and pace of digital investment and implementation differed based on the age of the organisation and the segment to which it belonged. Pramod Kumar described the advantages that his company enjoyed on account of it being relatively young. “We started in 2008, after the great financial crisis. The whole ecosystem was developing and we were able to build our business on the digital infrastructure that was evolving. Using cloud services and digital became a core part of our strategy,” he said.

Having started up Goomo just three years ago, Varun Gupta’s experience with digital initiatives was similar. “We have 300 people in our company and out of that 120 people are in tech and another 50 are in tech support. So, whenever we think of growing our business, we first think about the technology investment and people investment is a function of it,” he added.

Also running a digital first company, CleverTap’s Sunil Thomas saw his firm as being in a fortunate situation, using cutting-edge digital technology to help its customers understand and retain their users and extract lifetime value. “We are completely digital and offer our clients a 360-degree view of their users with the help of apps and websites and other digital tools.”

Then the centre-stage moved to more mature companies that existed and thrived even before the digital era. Coming from the mass digital and entertainment industry, Alt Balaji’s Nachiket Pantvaidya explained that when his company decided to ride the digital wave, it was nothing short of a culture shock. “I have been working in the media industry for close to 25 years so it required me to wipe my slate clean and embrace a whole new way of thinking.”

Having also started his business in the pre-digital era, Shashi Kiran Shetty shared his insights on digital transformation in the logistics space. “There is a distinctly physical part to our business that will always remain. Multiple agencies are connected to the international transportation of goods across borders, including customs, port, shipping companies, forwarding agents, etc. So, to digitise this ecosystem was a task by itself. Further, as our business is international and we operate from almost every country in the world, putting in place a single system was huge challenge and took us almost 6 years to roll out.” He added, “Bringing customers from offline to online and getting our internal processes and people to change into a digital way of working was also a challenge.”

The BSE’s Ashish Chauhan, who was involved with the initial digital movement of the Stock Exchange in India from ‘floor to screen’ way back in the early ‘90s, brought his experience pertaining to these initiatives to the discussion. He explained that transitioning this 145-year-old organisation with its legacy processes and systems meant completely changing everything from trading systems to clearing processes. “There were hundreds of moving parts and putting them in place took five to six years. But we had no choice and in retrospect, it was good thing. We also went from proprietary to open source, which not only saved us a lot of money but gave us scale and speed, the kind that is unheard of world over.”

Today, he claims, the BSE is almost entirely virtual and the fastest in the world, with an official response time of 6 micro-seconds. In the arena of new age technology, he shared that the Indian exchanges had one of the largest big data installations of India and its own private clouds, as it was not allowed to go to the public cloud due to the sensitive nature of the data.

Google Cloud India’s Kamolika Peres shared her observation of how initially, enterprises created technology that was strong, complex and customised but locked in silos. This was not conducive to an open and inter-operable system. On the other hand, consumer technology developed very fast and had a lot of innovations riding on it because it was open and standardised and had very fast release cycles. “Now enterprises, especially older ones, are looking to take a leaf out of the digital journeys in the consumer space,” she remarked.

The discussion then took an interesting turn as it moved to what could be expected from digital in the decade ahead. Kamolika Peres suggested that greater inter-operability and open systems would lead to the development of an ecosystem where innovation could flourish. She also expected digital transformations to move towards greater convergence in terms of the kinds of models and technology they will choose to use. “But what all this will result in for enterprises is something that we cannot foresee right now because I am convinced that technology and the ecosystem will transform faster than any of us can image and that will take innovation to a whole new level.”

Adding to that thought, Shashi Kiran Shetty opined that businesses in general were likely to move towards more automation. The extent and pace of change would depend on how the enterprises drive those changes and get their people to adapt to their initiatives and the goals that they seek; these could be cost reduction, better productivity, greater ease of business, etc. All in all, he agreed that at some stage there would be convergence of various technologies that were emerging and the challenge for businesses would be how to make the most of the outcomes.

Kamolika intervened with the caution that it was important to look at what has worked within the consumer suite of technology as it has seen more frequent cycles of innovation. So, in a sense, the underlying technology could propel a company forward or hold it back.

Other interesting observations that emerged were on how to leverage the accumulating extent of data to deliver various enterprise goals. Beyond monetising this data, there was the ethical consideration that would need to be monitored and protected. The investment in mining the data is equally a matter of mindset as it is about money. Technology from the next decade was also expected to deliver customisation on scale, which will not just lead to better business outcomes but build trust too.