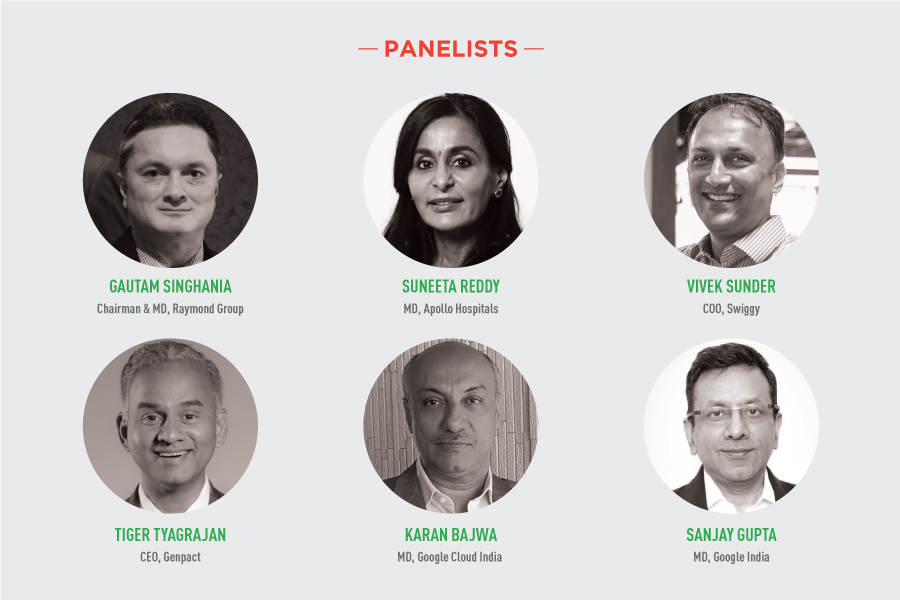 The ongoing Covid-19 pandemic has become the greatest disruptor of our times. It has changed the way we live and work; it has changed our preferences and priorities.

In order to comprehend the impact of this unprecedented era on businesses and what they envisage for the times ahead, One CEO Club—a Forbes India initiative in partnership with Google Cloud India, has been conducting a series of virtual panel discussions featuring leading CEOs from a cross-section of industries.

Reddy pointed out that although the crisis began in the health sector, it has spread to the financial sector and other parts of the economy and that has become a vicious exchange. That said, she added that while the number of people infected by Covid-19 has crossed 11 lakh, some sort of “herd immunity” has arisen.

“Our study of what's happened in Mumbai and what's happening in Delhi reveals that around 30 percent of the population has been infected and we should see a decline in numbers from here on,” Reddy explained. However, she hoped that “another surge will not occur in December, when people from far-flung districts return to the cities”.

Agreeing with her regarding the likelihood of herd immunity having built up, Singhania remarked that an economic reset is overdue. According to estimates, and his own predictions in March 2020, anywhere between 100 to 150 million people have lost their jobs as a consequence of the lockdowns. “The fear that the media has created around the pandemic is really the biggest problem. The economic cost that we're paying for this is significantly higher and the reset is going to be a long and painful one.” He also offered his opinion on the irrelevance of testing, saying, “This whole country is obsessed with testing but it really has no value because you may test today and could turn Covid-19 positive tomorrow. However, antibody testing will enable us to assess the actual percentage of people who have been infected more accurately.”

Adding to that, Tyagrajan believed that this whole journey of living in the ‘new normal’ imposed in a Covid-19 world has taught him many things, including that “the resilience of humans—as individuals or teams or governments—has been just phenomenal”, considering there was no playbook on how to proceed. “We have collectively shed our resistance to existing technology and realised that we were capable of using it once the switch has been flipped and we had no option.” His next observation was that the urgency and uncertainty of the pandemic has led to faster decision-making. “Whether it is opening factories, shifting production, reorienting supply chains, bringing on new suppliers, embracing new cloud technologies, there's no hesitation. It’s decided and done,” he said.

Sunder shared his own experiences and learning lessons by presenting some lesser-known predicaments that food-tech platform Swiggy faced. “With the advent of the pandemic, we suddenly had to face two crises: One was caused by people's fear of outside food and interacting with outside people, the other was due to the lockdowns, which resulted in logistical challenges. The first wiped out around 30 percent of our businesses and the second cut away another 30 to 40 percent.”

He spoke about how Swiggy had to repurpose its app by venturing into delivery of groceries, and train kirana store owners in the 400 cities in which it operated. “We created video modules and conducted virtual training for kirana store owners in these 400 cities. Our new normal involved training people we had never met, virtually, and getting them to commit to tying into commercial contracts.” He admitted that once consumers go out to buy groceries again, all these pieces of codes and training would become redundant. “But that’s reality,” he said.

Bajwa steered the discussion from the challenges presented by the disaster to the opportunities that have emerged from it, especially with respect to the role of technology in shaping a business. He observed that the pandemic has re-shaped many assumptions people had been living with in their personal and professional spaces.

“We believed that we needed to travel to meet customers, and we all traveled. Now we appreciate the faster turnarounds and gain in productivity that accrue from meeting virtually. We also believed offices were necessary for employees to collaborate and engage with each other. We have now found that our employee engagement has actually gone up,” he said, explaining that while all conventional processes and systems cannot be replicated, the pandemic has presented businesses with various alternative models. “While in the past, technology was considered as an enabler of businesses, it will now become the core of business strategy.”

Reddy agreed that the pandemic had led to Apollo Hospitals exploring various new digital modules of functioning. “We've been able to virtually move into the homes of patients who are old or sick and monitor them at home. We’ve also trained nurses remotely, offered tele-consults and set up e-ICUs, she said, “If I were to rebuild Apollo again, we could definitely do it with less infrastructure and more technology.”

Tyagrajan agreed that irrespective of the industry, everything was moving online. Accessing information and transacting has become virtual, migration to the cloud has accelerated, and real-time analytics have become extremely important as old models have become irrelevant. As a consequence, according to him, user experience has become a crucial focus of all businesses. “The key is not to do everything yourself. Companies should only focus on their competitive advantage and forge strategic partnerships for other facets of their business,” he says.

Bajwa said that Covid-19 has democratised the use of technology, where “it has created an opportunity to move from capital-intensive to opex efficient ways of working”, he said. Given that there is an opportunity to completely reinvent workplaces and conventional ideas of work, he believed that once CEOs get back to offices, they must be sure to give themselves very solid and well-considered reasons for doing anything the old way.

According to Gupta, the silver lining to the whole situation is that individuals and businesses have squeezed four years of learning into the past four months since the lockdown began, from a business transformation and skilling perspective.

Digital transformations, Gupta said, could help businesses leverage the various changes in consumer habits as the lockdowns and restrictions continue. He advised that businesses could use this lean time to introspect about what they could do better to take a leap forward. “There are only two eras—pre-Covid-19 and with-Covid-19. So, we need to stop worrying and work to make a difference to the businesses that we run and communities we live in. Let's learn to live with Covid-19 and find ways to revive businesses, employment and productivity,” he said. “There are opportunities to game-change India by doing what we do differently.”