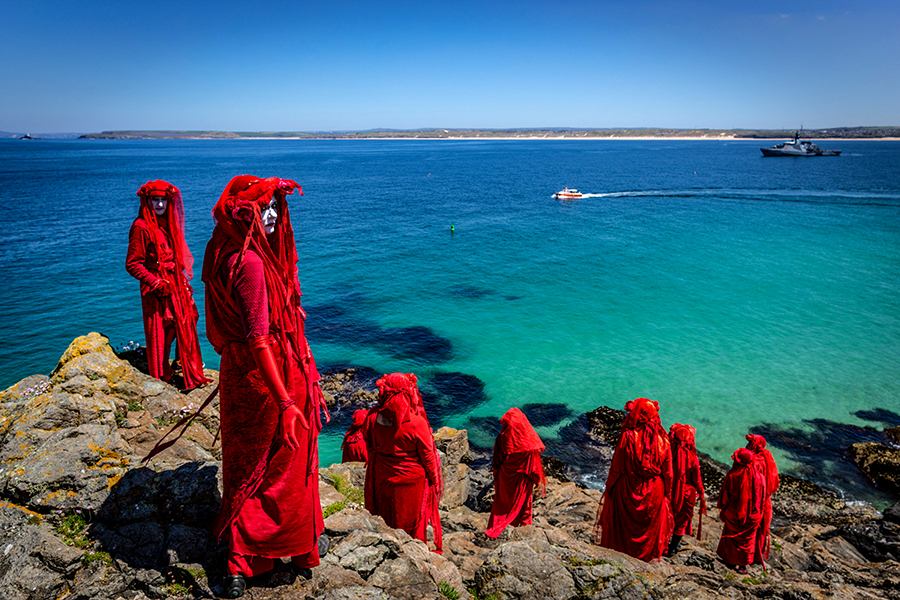 The Red Rebel Brigade which is part of the Extinction Rebellion movement pose on St Ives Head. The Environmental Protest Groups gather in Cornwall as the UK Prime Minister, Boris Johnson, hosts leaders from the USA, Japan, Germany, France, Italy and Canada at the G7 Summit in Carbis Bay. Protest groups hope to highlight their various causes to the G7 leaders and a global audience as the eyes of the world focus on Cornwall during the summit.

Tweets by @forbes_india
Repos Energy: Reimagining how you buy diesel
The heat is on for Lloyd