This comes a day after a ratings downgrade; RBI last week had put the bank under watch 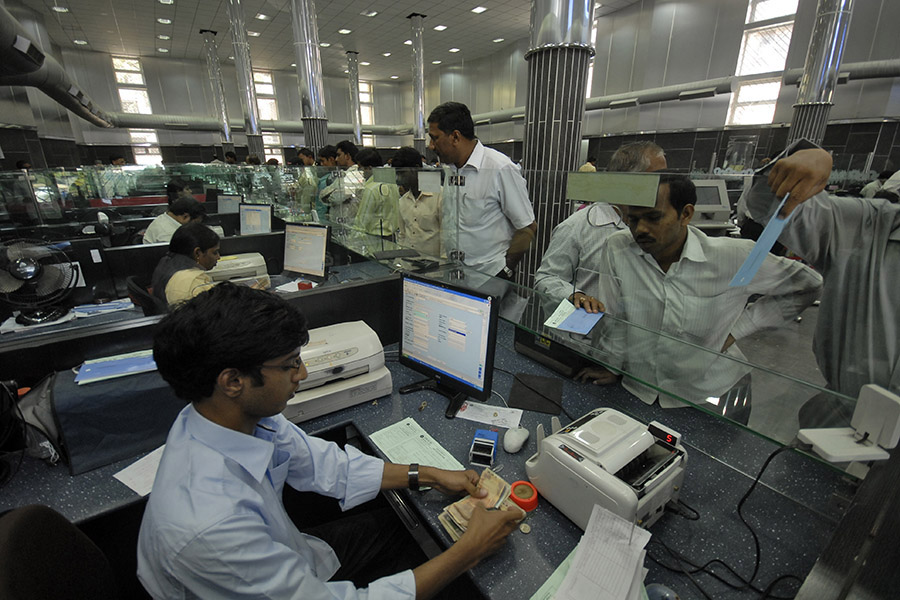 (Image: Krishnendu Halder/ Reuters, picture for illustrative purposes only)
The bad news just continues to roll in for the state-owned IDBI Bank. On Thursday it reported an alarmingly weak set of earnings for the quarter ended March 2017, where its net loss widened sharply, due to higher provisioning for bad loans and asset quality weakened.

This comes a day after India Ratings downgraded its rating for the bank to AA from AA+ and gave a negative outlook due to challenges relating to high stressed assets and weak capital position. And just last week, the regulator Reserve Bank of India (RBI) said it had initiated ‘prompt correction action’ (PCA) against IDBI Bank.
IDBI Bank reported a net loss of Rs 3,199.76 crore for the three months to March 2017, compared to a loss of Rs 1,735.81 crore in the corresponding period a year earlier. This sent the stock sliding 7.77 percent to close at Rs 70 at the BSE.
Non-performing assets for the bank also rose sharply. Gross NPAs as a percentage of gross advances jumped to 21.25 percent for the three months to March 2017, compared to 10.98 percent for the same period last year. Net NPAs for the quarter rose to 13.21 percent, against 6.78 percent a year earlier.
In absolute terms, gross NPAs rose 80 percent to Rs 44,752 crore for the March ended quarter from Rs 24, 875.07 crore in the same quarter last year.
Provisions for the bank rose nearly 40 percent to Rs 6,209.58 crore for the quarter, against Rs 4,450.15 crore for the same period a year earlier.
But the net interest income for the bank has gone up by 14.43 percent to Rs 1,633 crore for the three months to March 2017 from Rs 1,427 crore a year earlier.
The RBI action against IDBI Bank came “in view of the high net non-performing assets (NPA) and negative return on assets (RoA)”.
IDBI Bank, in its filing to the BSE, has since said that this action will not have any material impact on the performance of the bank and will contribute to improving the internal controls of the bank and improvement in its activities.”
Under the revised PCA norms introduced by the RBI, capital asset quality and profitability will continue to the parameters to monitor a bank. As part of the corrective plan, IDBI bank will have to raise capital levels and restrict payment dividend.
India’s bad loans are estimated to be of a size of Rs 9 to 11 lakh crore, as on December 31, 2016 and more than 80 percent of the stressed assets in the banking sector are with public-sector banks.
McKinsey & Company in India on Wednesday (May 17) released a report on India’s troubled banking sector, calling the scenario a “perfect storm”, where credit growth has stagnated as corporates and banks deal with problems of rising stressed assets.
What is equally alarming is that PSU banks continue to lose market share to private banks and non-banking financial company (NBFCs), besides being challenged regionally by newer players such as small finance banks.

Tweets by @forbesindia
The Amul Girl: Why she's still standing
Can Craigslist be killed?